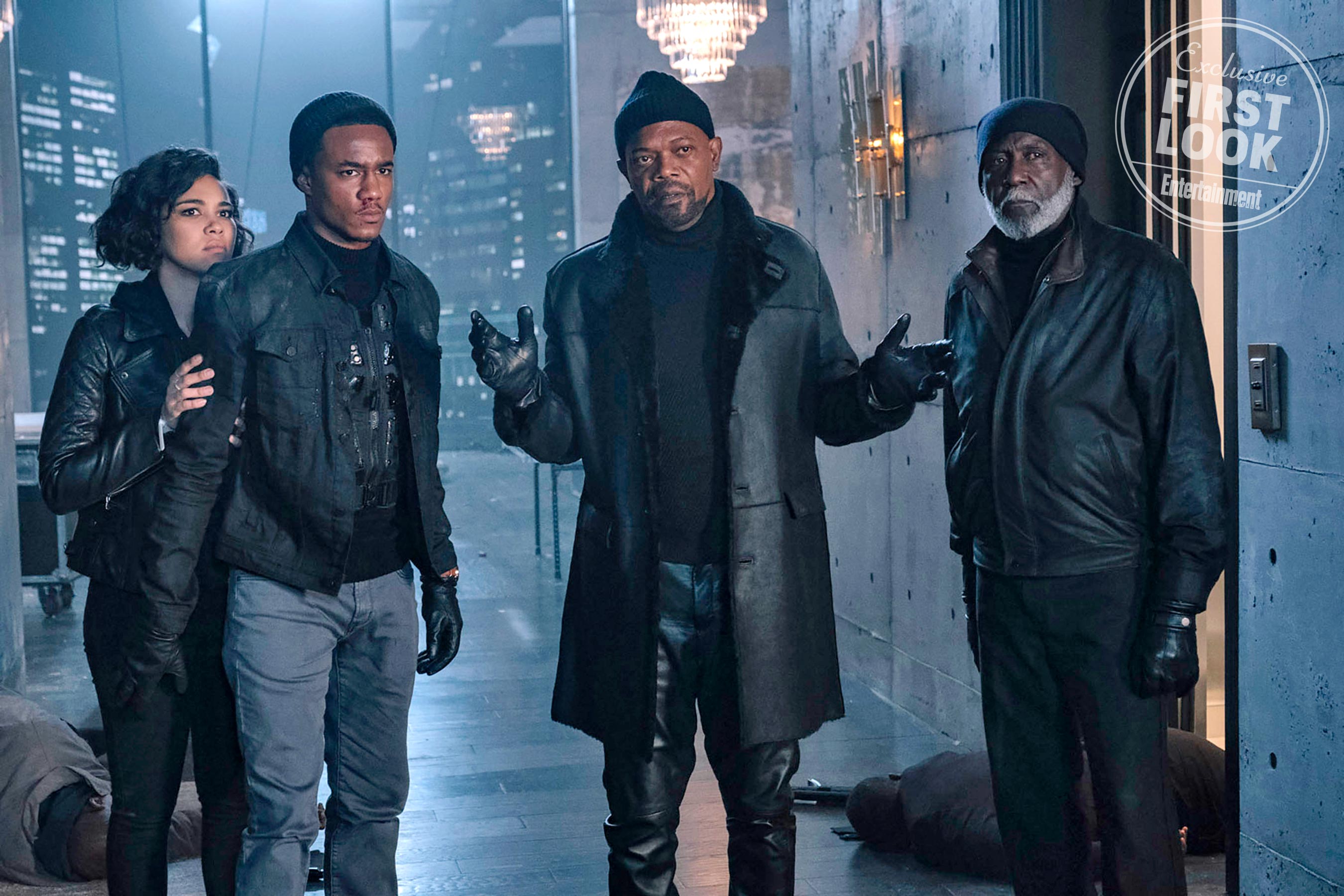 The Shaft family is welcoming a new member.

It’s been more than four decades since Richard Roundtree was introduced as the smooth-talking detective, with Samuel L. Jackson starring as his nephew John Shaft II in a 2000 sequel. Now the Shafts are back in a new action-comedy, with Survivor’s Remorse star Jessie T. Usher playing John II’s estranged son, a cybersecurity expert who has to team up with his father and great-uncle.

“He joins the FBI, which is sort of anti-Shaft family values,” Jackson tells EW. “So when he comes to me for help, it’s a matter of reshaping him.”

EW has an exclusive first look at the new Shaft (out June 14, 2019), uniting Roundtree, Jackson, Usher, and Alexandra Shipp. Ride Along’s Tim Story directs, and the new film picks up almost two decades after Jackson joined the franchise in 2000. “He’s mellowed a bit,” Jackson says of his aging detective. “He’s not quite as crazy and cynical. Maybe a bit more devil-may-care the last time we saw him. But still an extremely dangerous and funny character.”

Jackson’s elder investigator isn’t sure what to make of his young, straitlaced progeny, but there are some traits all Shafts have in common.

“He’s always that tough but fair, well-dressed cynical guy with the right one-liner,” Jackson says. “All of those things work to make somebody cool across the generations. It’s enduring. We don’t have a lot of heroes, so the ones we have, we hold on to.”

Another Shaft constant? His eternally cool sense of style. “Great clothes,” Jackson says with a laugh. “Always great leather.” We can dig it.

To read more on 2019’s most anticipated TV shows and movies, pick up the new issue of Entertainment Weekly on stands Friday, or buy it here now. Don’t forget to subscribe for more exclusive interviews and photos, only in EW.

Mac Miller’s Manager: His Death Was Like a Punch in the Gut