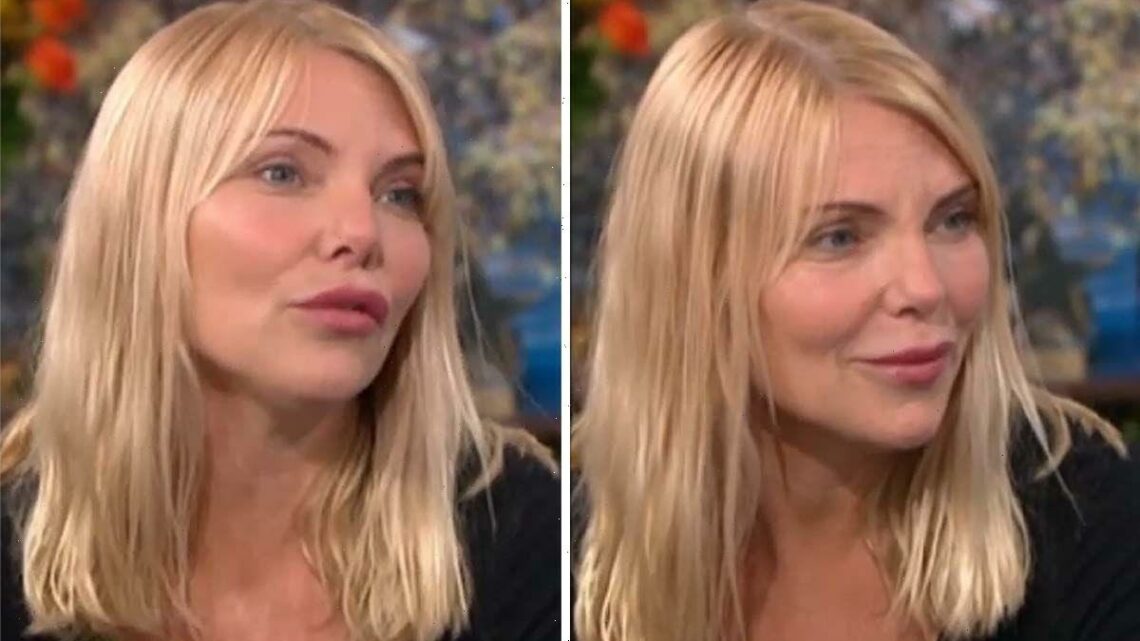 Samantha Womack on her return to stage after cancer diagnosis

Samantha Womack ignored requests from her doctor when she decided to make a swift return to the West End after undergoing surgery for cancer. The actor updated This Morning presenters Holly Willoughby and Phillip Schofield on her progress and how she feels returning to work just weeks after her operation. The former EastEnders’ star made a triumphant comeback to perform in the stage show The Lion, the Witch and the Wardrobe.

Samantha joined Phillip and Holly to discuss her stage role and provide an update on her cancer diagnosis.

Phillip referred to the actor returning to the show a matter of weeks after having surgery and “going against doctor’s orders” before asking: “How are you doing?”

“It was really incredible because I didn’t find a lump, I didn’t feel unwell.

“There had been a lot of illness around our friends and family and I just thought I’d get a random check and I had an ultrasound, and it showed a little shadow – at that point it could be anything, a cyst… then I had further investigations and then that diagnosis.”

She added: “I was lucky, it was less than two centimetres. I had a lumpectomy, which is just a piece of tissue removed and five lymph nodes.

“The mad thing about cancer, when you have it, you understand there are so many different roads, different diagnoses, it is a terrifying world.

“It’s terrifying at the beginning but if there was ever a time to have it, there are so many new treatments now that are changing the face of cancer, it’s amazing.”

Last month Samantha provided an update to concerned fans, after she announced her diagnosis in August.

She told her 103,000 followers: “I just want to say thank you to everyone who has been sending me love after I shared my story about battling with breast cancer.

“So just to tell you where I’m at, I’ve had my operation – had a lumpectomy and lymph node removal – and I am now going to start my first session of chemotherapy tomorrow.

“But I have read all of your stories and messages. They’ve blown me away, genuinely.”

The star shared her story after the tragic death of Olivia Newton-John who also died of the disease.

As part of her tribute to the late Australian star, she posted a photo of her with Olivia’s daughter Chloe, ahead of her run as Sandy in the 1993 West End production of Grease.

Opening up to her fans, she wrote: “This was the most magical of evenings.

“Olivia and Chloe had come to see Grease in London and we had dinner together afterwards.

“I was so excited and in awe, she was my childhood. I now start my own battle with this disease and am left feeling deeply moved.”

Samantha starred as Ronnie Mitchell in EastEnders across 10 years after her debut in 2007.

The beloved actor is now starring in the iconic C.S Lewis Narnia story. She is taking on the role of the White Witch in the London shows alongside actor Chris Jared.

Her incredible comeback will see her run of shows continue until January 2023.

I’m A Celebrity… Get Me Out of Here! airs daily from 9pm on ITV

I transformed my boring hallway using a cheap kitchen staple – it was super easy, looks great and cost 10p | The Sun