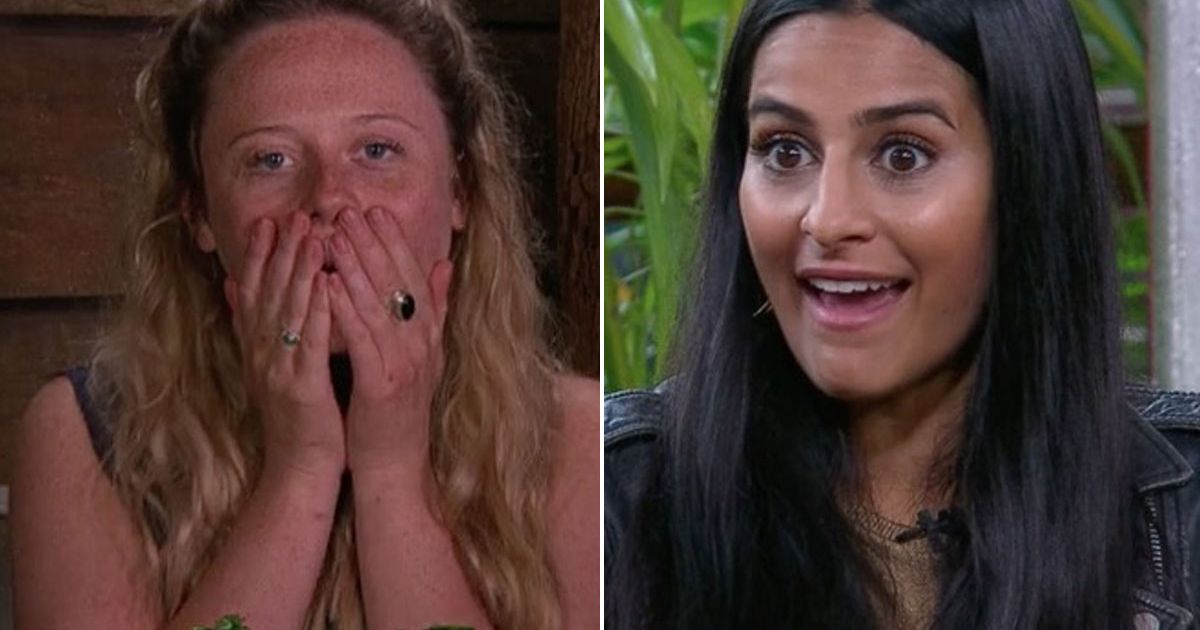 This year’s harmonious I’m a Celebrity camp hasn’t yet been rocked by scandal, arguments or friendships breaking apart.

In fact, the relationships of the jungle are going from strength to strength – and nobody seemed closer than a group of the female campmates: Sair, Emily, Fleur and Rita.

They were seen entertaining each other with impressions of celebs and squeezing one another’s spots.

But their friendships might not be as solid when they get out of the jungle if they find out Emily told them all a big lie when they were in camp.

Sair Khan was gobsmacked after hearing Emily Atack confess to a naughty incident which confused her fellow campmates as nobody knew who was guilty.

During Tuesday’s episode of Extra Camp, Emily appeared in the Bush Telegraph to answer viewers’ questions.

One woman also named Emily, wrote in to ask the former Inbetweeners actress, 28, if the chili she had stolen last week was spicy.

If you missed this, Emily and Sair cooked up a meal for everyone one night in camp and split a chili up into eight pieces so those who wanted it could have a bit.

Malique could be seen asking where his bit of chili had gone and, despite Sair’s questioning of her fellow campmates, nobody confessed to taking two pieces.

Emily later admitted in the Bush Telegraph that she had stolen an extra bit of chili because she loves it so much – so viewers knew it was her, but she kept her betrayal hidden from the rest of her campmates.

And we all know how much food means to I’m a Celebrity contestants.

When the actress was asked about the chili on Extra Camp she gasped and laughed before explaining it "could have been spicier" and then pleading: "Don’t tell anyone I stole that chili!"

The damage had already been done, however, as her Coronation Street actress mate Sair, 30, was in the studio with Scarlett Moffatt, Joel Dommett and Joe Swash – and she was watching it all.

Emily’s interview ended and Scarlett said to Sair: "Yeah, you wouldn’t have known that she stole that bit of chili!"

Sair, open-mouthed, replied: "I am absolutely fuming! I can’t believe that. We’re not friends anymore, she’s dead to me."

Hopefully she’s just joking and the pair will be able to go for a drink and a dance when Emily leaves the jungle.

It almost rivals ‘strawberrygate’ in last year’s series I’m a Celebrity, when Iain Lee and Amir Khan ate their Dingo Dollar Challenge winnings on the way back to camp and then lied to their fellow celebs.

One by one, campmates found out what had really happened when they left the jungle.

Who else will be annoyed by Emily’s betrayal? We’d love to know what Malique thinks about his bit of chili being stolen by her.