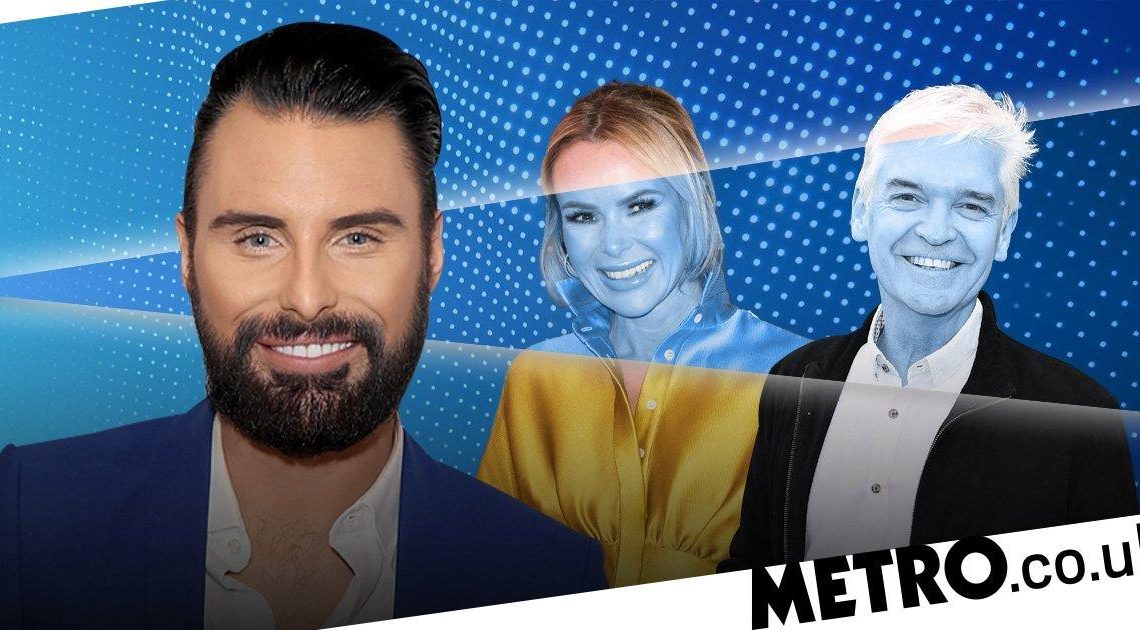 Rylan Clark-Neal dropped clues that he had his own behind-the-scenes television dramas in a resurfaced interview where he talked candidly about his colleagues.

Months before Amanda Holden and This Morning’s Phillip Schofield became embroiled in a public feud, the 30-year-old presenter revealed how some of his co-stars are lacking in the manners department.

‘People always ask me if I’m best friends with everyone I work with in telly – but no, not everyone you work with is your friend,’ he told Closer magazine in April.

‘What’s the point of pretending you’re mates with everyone?’

Although there’s no suggestion that Rylan was referring to his colleagues on ITV’s This Morning, he continued to the publication: ‘I think I got where I have because of the way I treat everyone.

‘Some of the people I work with talk to people like s**t, but I treat the runner on my TV shows exactly the same as I do the executive producers.’

Over the last few days, Amanda and Phillip have been engaged in a very public spat, with the Britain’s Got Talent judge claiming that she was blocked from co-hosting This Morning and I’m A Celebrity… Get Me Out Of Here! by the presenter.

On top of that, Amanda claimed Phil didn’t reply to her text when she reached out to him.

Phil defended himself amid allegations that he prevented Amanda from getting two telly jobs, writing on Twitter: ‘The end of another really sad weekend.

‘When you try for 35 years to be the easiest, most fun person to work with and you read such hurtful and wildly untrue stories from nameless “sources”.

‘Obviously I’ll take it on the chin..I just hope you know me better.’