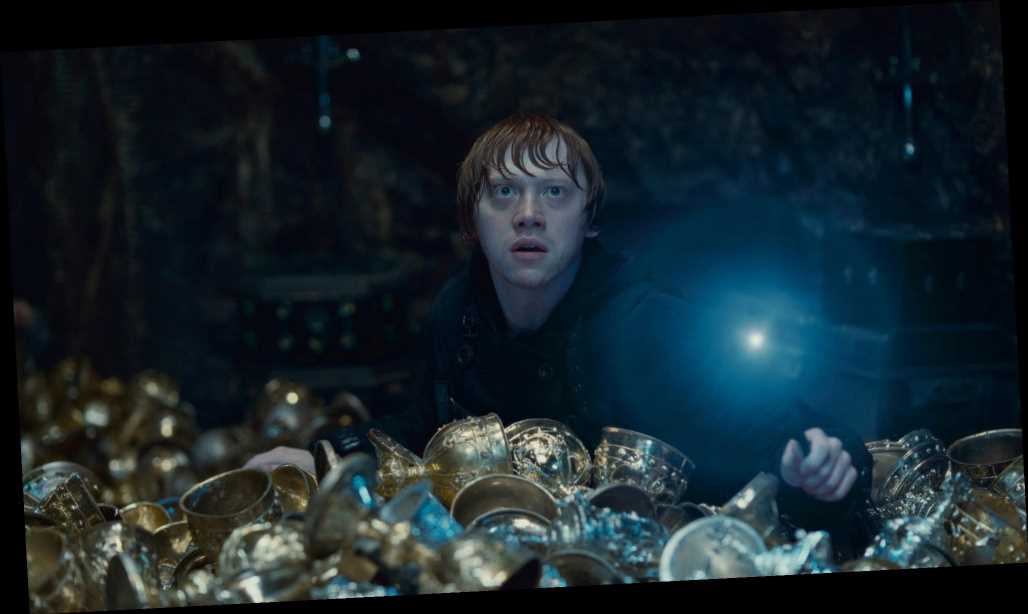 Rupert Grint isn't ruling out a return to the magical Harry Potter universe.

During a virtual chat with ComicBook.com, the 32-year-old actor spoke candidly about whether or not fans of the beloved magical film series could ever see his character, Ron Weasley, return onscreen once more.

The actor continued, "It was a huge part of my life and I'm very fond of that character and their stories … So yeah, I mean, I'd be up for it at the right time. I don't know what capacity that would be, but yeah, we'll see."

Grint previously starred as Ron Weasley throughout all eight movies in the Harry Potter film saga, which featured movies from 2001 to 2011. Earlier this year, Grint took part in a Harry Potter reunion with his former castmates, in honor of the 19th anniversary of the release of the first film, Harry Potter and the Sorcerer's Stone.

Revisiting their time spent together on the set of the successful film franchise, the former castmates reminisced about the films and shared behind-the-scenes stories all these years later. Grint reflected on it being 19 years since the release of the first film, stating, "Wow! 19 years? That is an insane amount of time."

"It doesn't feel that long," he added. "I can still remember the first scene that we ever filmed."

But for the time being, without any set plans to bring his character back to the big screen, Grint is enjoying life as a new dad after his first child was born back in May.

Last month, in his very first Instagram post, the Servant actor poked fun at himself for taking so long to join the social media platform while sharing the first photo of his daughter, as well as her name. The actor shares Wednesday with his longtime love, actress Georgia Groome.

"Hey Instagram … only 10 years late, but here I am. Grint on the Gram!" the actor wrote. "Here to introduce you all to Wednesday G. Grint. Stay safe, Rupert."

Felton, 33, couldn't resist ribbing him a bit in the comments, invoking a tone his character would no doubt use on Grint's — but with a sweeter ending.

Mum who saved £25,000 with a no-buy year reveals the things you SHOULD purchase to save money next year
World News