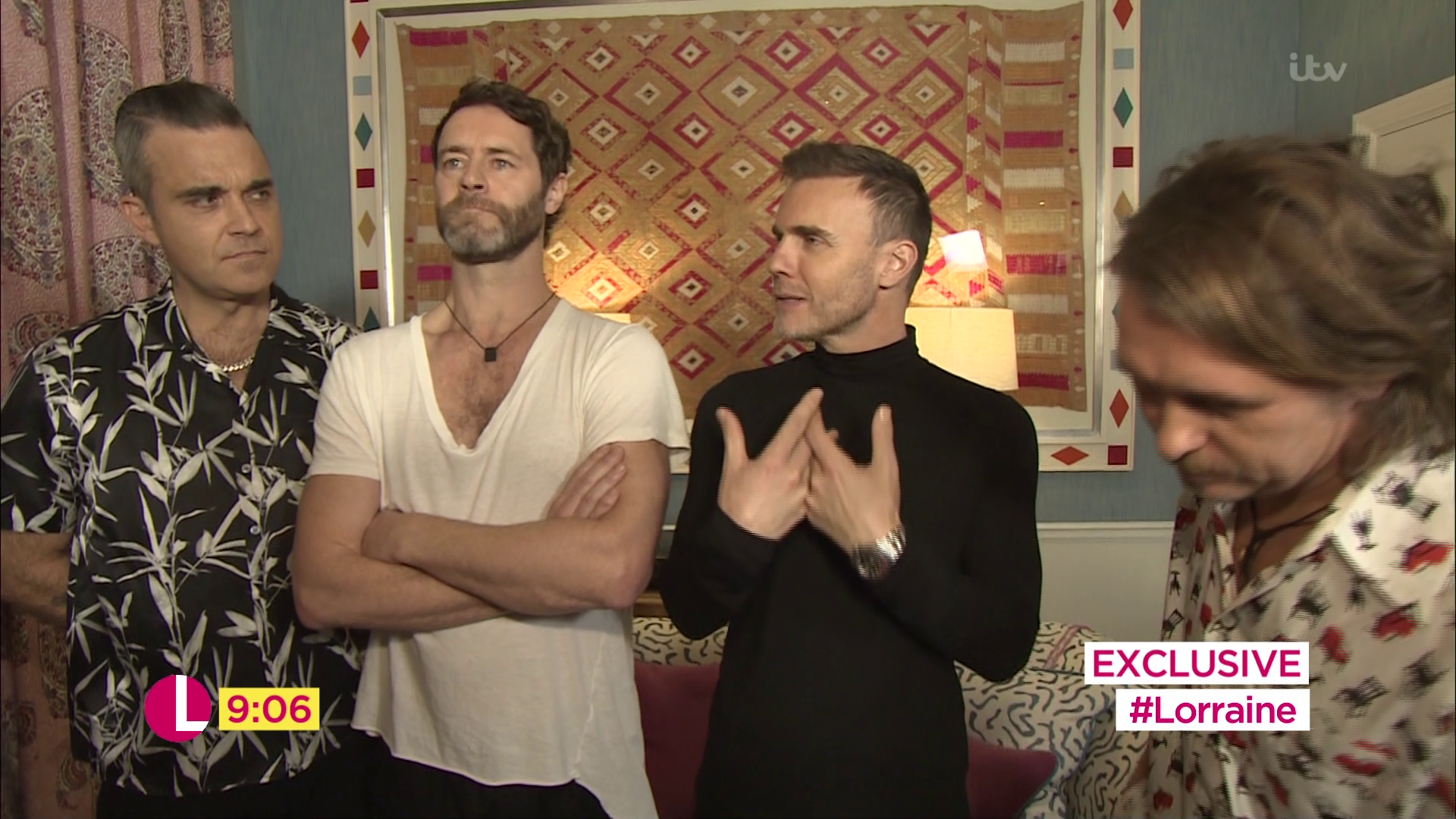 The singer appeared to confirm he would be taking to the stage with Gary Barlow, Mark Owen and Howard Donald next year should dates allow. Speaking to presenter Vick Hope, 29, on Lorraine, the pop star, 44, said he would be keen to join them on the band's 30th anniversary UK tour in 2019.

Robbie revealed: “I would like to if we are in the same place then I’m definitely in. I think there is a mic open for me.

"It’s an open invitation both ways. If I’m about I’ll be there.

"They are on tour when Hyde park is happening otherwise they would be there.” 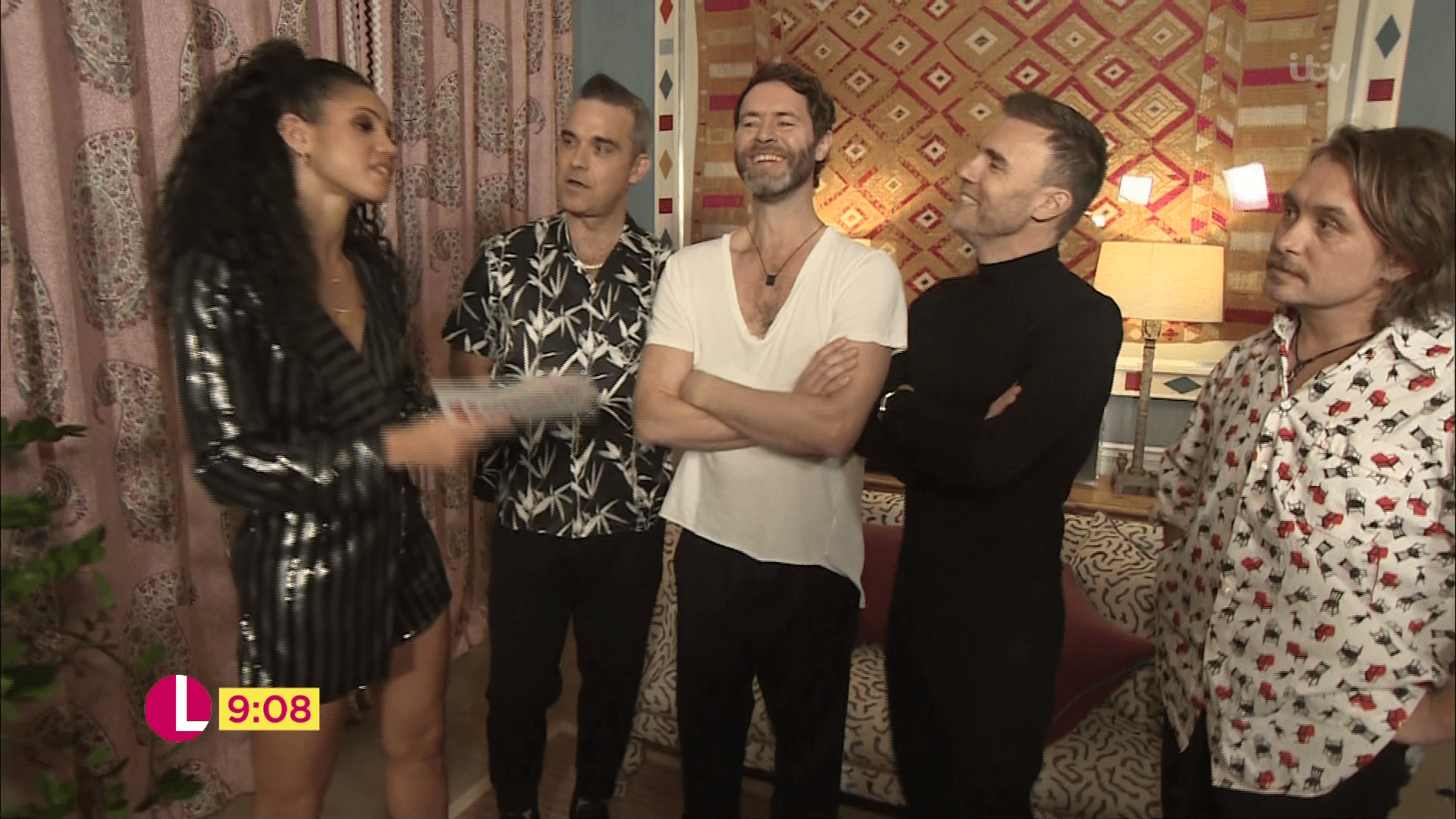 The band members admitted they find performing much more demanding compared to three decades ago.

Mark revealed that everything hurts the next day.

Gary added: "Definitely as you get older you have to start working up to a health regime.

"I’m about to start cardio any minute because to sing and run around a stage and entertain is really quite demanding, especially when we are doing 50 shows next year." 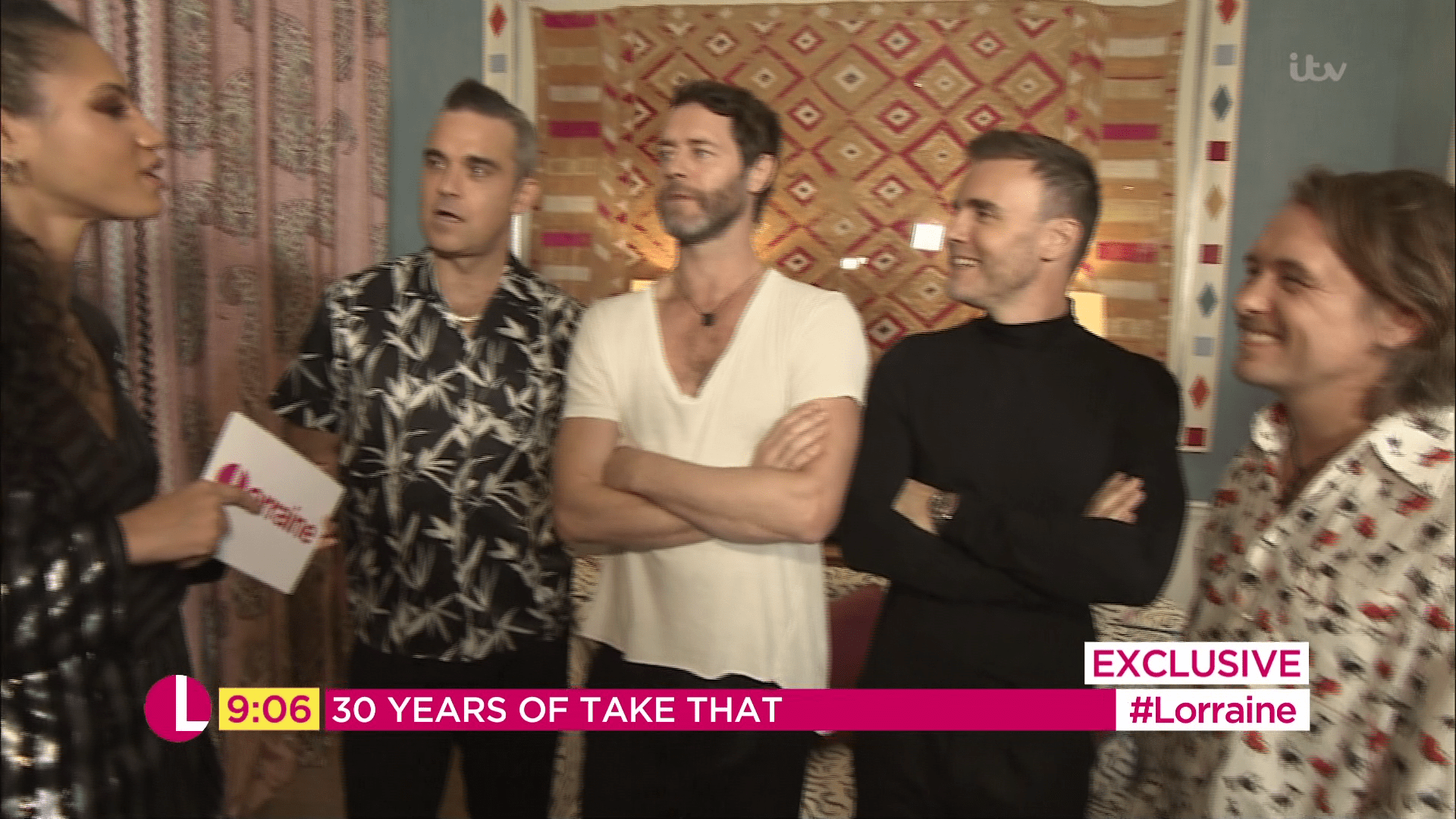 It comes as fans couldn’t hide their joy when Robbie joined Take That on stage during Sunday night's live final of The X Factor.

The iconic group looked as though they’d never been apart as they put on a flawless performance of Everything Changes.

In October The Sun exclusively revealed how Robbie would be joining the group on stage.

The crowd at Wembley were up on their feet when Robbie jumped up  to join his former bandmates. 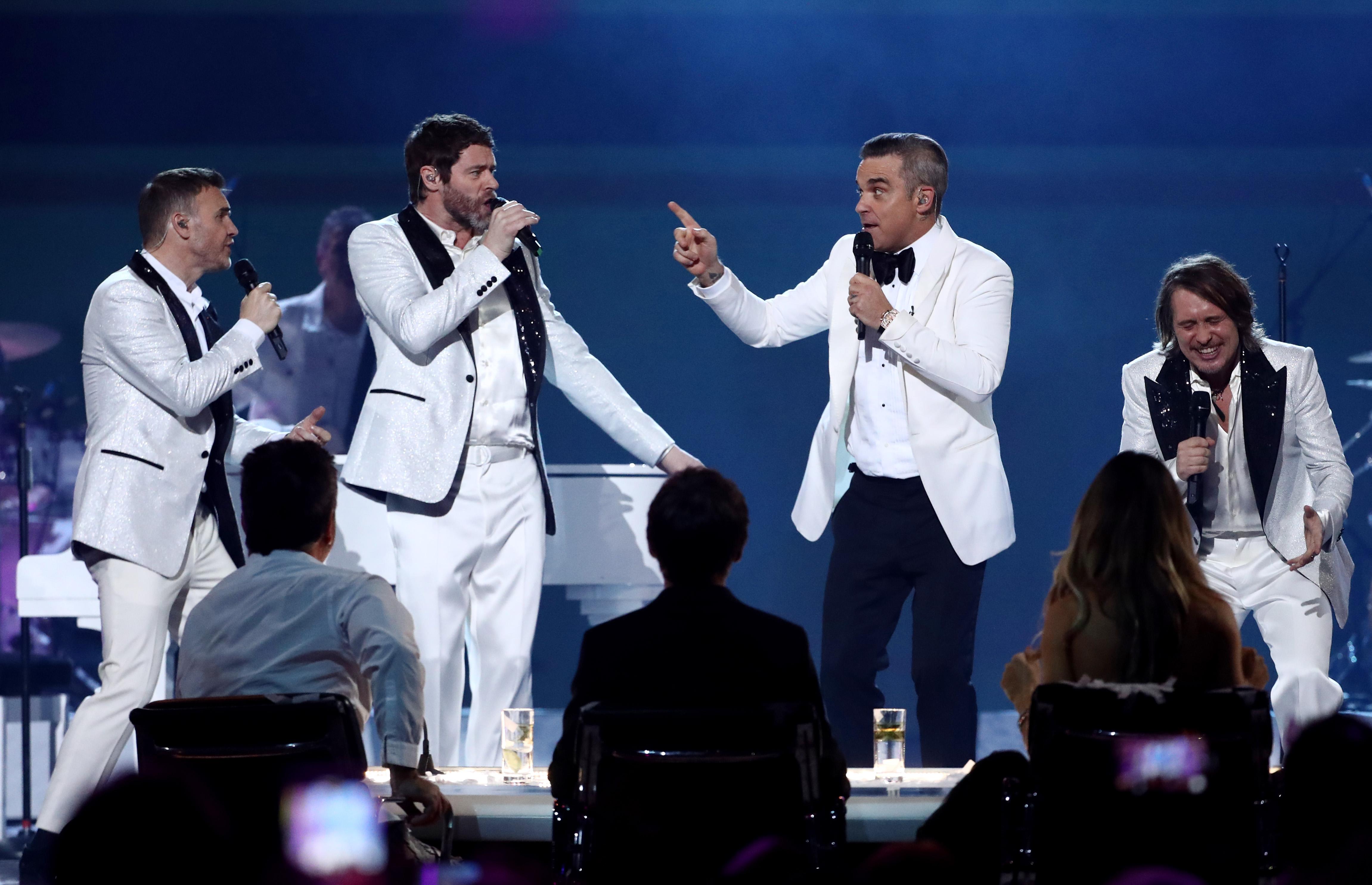 Gary Barlow affectionately added: “I think about him a lot.”

He stayed tight lipped over whether Robbie be joining the group on their 30thanniversary tour next year however.

Robbie had previously said he was keen to take part in the reunion in some capacity.

He explained: “I’d like to repeat some of that. I enjoy working with them.

“I enjoy hiding in public. I enjoy the camaraderie and I enjoy writing songs with them too, so why not?”