Rob Rinder and Good Morning Britain newsreader Marverine Cole shut down a guest on Wednesday’s show who suggested the shootings in Liverpool are down to issues of gun and knife violence in the Black community.

During a discussion about the death of nine-year-old Olivia Pratt-Korbel, who was fatally shot in the chest when a gunman forced his way into her home, also wounding her mother, a comment from journalist Andrew Pierce was refuted by Rob and Marverine.

Andrew told the rest of the panel: ‘It is an issue in the Black community in many of our inner cities and it has to be addressed and people have to be not afraid to say so.’

He then added: ‘I’m not saying in this particular case.’

Marverine stopped him to say: ‘I take offence at “the Black community”, we’re not a monolith, right, and it’s not just people of Afro-Caribbean heritage communities at all, by any stretch of the imagination.’

Judge Rinder also interjected to tell him: ‘You go to different parts of the country – and thank you for that, I have to say I missed that – no offence, and people broker that by saying no offence, but that is a deeply stupid thing to say. 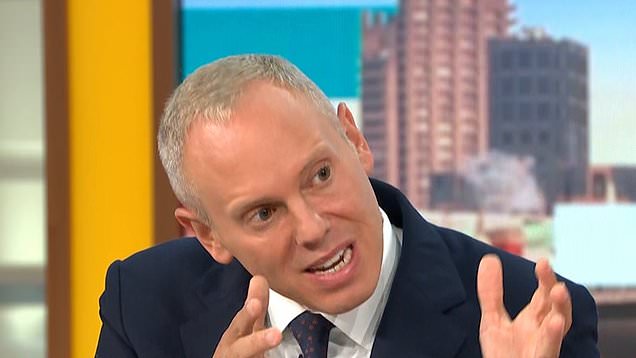 Rob then explained that the majority of cases he had worked on as a criminal barrister which involved people from Liverpool had nothing to do with race.

He added: ‘Those [cases] were not involved with people of colour and those gangs are some of the most terrifying in the UK.

‘It’s a national issue regardless of the complexion of people.’

Doubling down, Andrew then responded: ‘It is, however if you talk to people in London –  there is a particular problem with knife and gun crime with young, Black men.’

Good Morning Britain airs weekdays from 6am on ITV.