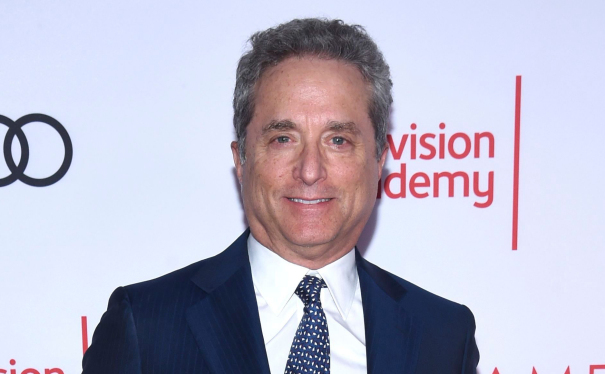 Rick Rosen, head of television, broadcast and sports for WME, didn’t really announce any new TV deals at tonight’s Paley Dialogues conversation at Paley Center in Beverly Hills — but the veteran dealmaker dropped a few intriguing hints about future projects during a fast-paced Q & A.

In answering a question about the trend toward rebooting hit shows (Will & Grace, Murphy Brown) Rosen suggested that client Dick Wolf was planning a revival of “a show he did a year ago (that) had multiple networks bidding on it.” He described the show as a franchise that “doesn’t necessarily have to have the same cast” to make it a success.

And, in responding to a question about WME sports division’s strategy of developing content deals for sports stars, he said that WME is “doing a show with Colin Kaepernick. “We’re still putting it together,” he said when pressed for details.

Rosen also had plenty to say about changes in the TV industry and what that means for the future of the talent his agency represents.

Rosen addressed the recent news that Netflix will pay around $100 million to continue licensing the series Friends from its owner, WarnerMedia. He said the deal made him “enormously happy…it made (Friends co-creators) David Crane and Marta Kauffman, who are clients of ours, very, very happy.” He called it great news that because the deal proves “there will always be value to great content.”

As with most discussions about TV in Hollywood these days, the discussion soon turned to Rosen’s thoughts on streaming services, including the future of Apple TV. He said Apple’s acquisition of content “reminds me of La Guardia airport on a Friday afternoon…it worries me because we’ve sold many of those shows, and I don’t know how they can market them.”

Rosen did say the did not expect Apple to charge for Apple TV but rather to continue to profit from people buying the hardware, that is, iPhones, that come with the Apple TV app. “You will have a subscription because you have your phone,” he said. Rosen predicted that consumers would have access not only Apple TV programming, but shows from other streaming services as part of the package.

Rosen also predicted a continuing of the “tech invasion” of Hollywood by Silicon Valley. “Engineers are coming down into our world and getting into the content space, and I don’t think we’ve seen the end of it,” he said.

Speaking of streaming, Rosen was asked: Is Netflix sustainable? “At some point they are going to have to show a profit…” Rosen said. “As a seller of content, it’s good for our clients. They are buying more product, so I’m all for it.”

Rosen said he is also for WME continuing to move into the role of content producer.  “We are in the business of creating opportunities for our clients. What we are doing is filling a void,” he said. He added that studios have virtually abandoned producing serious dramatic movies. In TV, he said, “there is a model where you have television studios offering my clients business models based on a business that doesn’t exist any more…we can offer our clients better business deals.”

He added that WME clients do not make such deals without independent counsel on both sides. “I’m on the side of my client, and there is a wall that we do not cross,” he said.

In answer to whether there’s ever been a time like this in television, Rosen replied simply: “Never. There has never been more opportunity for writers and performers in television, there are hundreds and hundreds of shows.”

He added that he is less sure that there is as much quality as there is content, but added: “The consumer will make that judgment.”

The Marvelous Mrs. Maisel Season 2 Takes Us on a Journey to 2 Brand-New Cities

Kevin Hart Confirms He Is Hosting the 2019 Oscars: 'I Am Blown Away'
World News