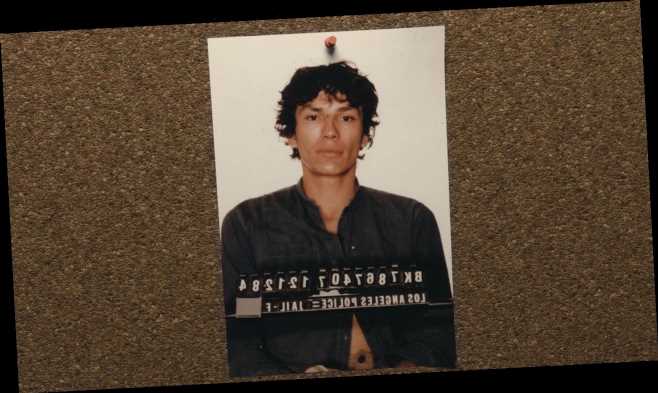 Netflix’s Night Stalker: The Hunt for a Serial Killer is the latest project to focus on Richard Ramirez and his Los Angeles killing spree that took place between June 1984 and August 1985. ET breaks down everything audiences need to know about the person who terrorized California for over a year with his seemingly random killings and violent attacks and speaks to director Tiller Russell about chronicling the subsequent manhunt that followed and looking back on that “mythic” time and place in American history.

Widely known as the Night Stalker in the news, Ramirez was responsible for killing 14 people between 1984 and 1985. Most of his victims were living in the Los Angeles area at the time of their assault and murder, while three in the San Francisco Bay area were his first and two of his last killings.

His crime spree initially started on June 28, 1984, when he brutally murdered his first victim — a 79-year-old woman living in Glassell Park — by repeatedly stabbing her in bed. But it wasn’t until March 17, 1985 that he started attacking — often assault or rape — and killing people repeatedly throughout the subsequent months. Most of his victims were killed between May and August, when he reportedly told one of his rape victims, “Tell them the Night Stalker was here.” 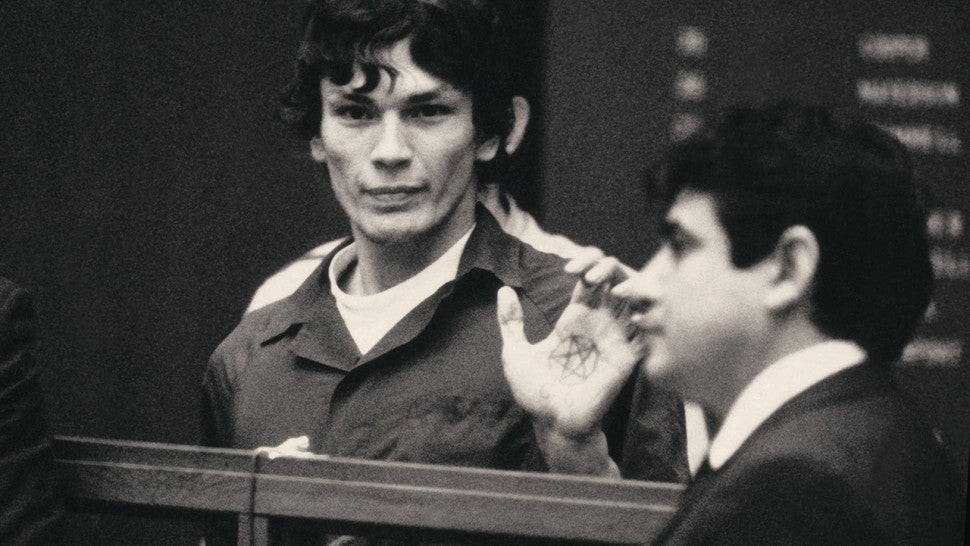 Ramirez was eventually arrested on Aug. 30, 1985 after being spotted by local residents who recognized his picture from the newspaper and stopped him from carjacking a woman.

Three years later, Ramirez finally appeared in court, though his trial had many disruptions, from Ramirez yelling “Hail Satan!” to an unrelated murder of one of the jurors. On Sept. 20, 1989, Ramirez was convicted on 13 counts of murder, five attempted murders, 11 sexual assaults and 14 burglaries. He remained on death row until he died on June 7, 2013 at 53 years old.

Gil Carrillo and Frank Salerno’s ‘Hunt for a Serial Killer’

While many recent docuseries about serial killers have focused squarely on who that person was and what they did, Night Stalker intentionally does not mention Ramirez’s name until late in the game. It’s an important reminder that “he’s merely a boogeyman that’s stalking the city,” Russell says. “This is somebody that ripped and tore their way across [Los Angeles].”

Instead, the four-part series is focused on telling the story of two cops, a young detective named Gil Carrillo from the Los Angeles County Sheriff’s Department and the legendary homicide investigator Frank Salerno, who worked tirelessly to connect seemingly random attacks and murders — “Lives that would have never come in contact with another otherwise,” the director says — and solve the case.

“We’re experiencing this from the perspective of the homicide cops,” Russell says, hoping to immerse the audience in what Carrillo and Salerno went through in real time. “Where they are at the time, the limited amounts of information, the fragile broken puzzle and where does it lead? The one clue that feels as if it’s going to unravel the whole mystery.” 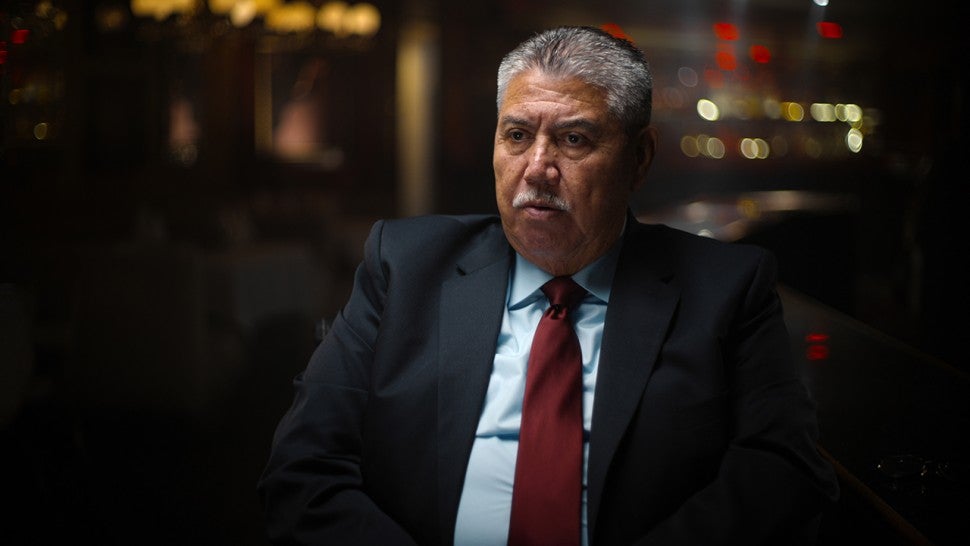 Not only are both men detailed in their recounting of the events that took place leading up to Ramirez’s arrest, but the director says “the pairing of these two guys, it literally felt like, as a storyteller, a gift. These guys walked right out of a James Ellroy novel and into our series.”

The other important aspect of the project is that “the victims’ stories were told in a thoughtful and nuanced way,” Russell says, revealing that his team tried to locate family members and friends of every person Ramirez attacked and offered them an opportunity to share their story and “bring what happened to a loved one to life.”

“Certain people appreciated being approached, but the trauma was too deep and didn’t want to be revisited [by others],” he continues.
Between the victims, the police and news reporters interviewed on camera, Russell feels that they created a portrait of a time and place that “no longer exists,” he says. “You have people from all walks of life, from all races, socioeconomic backgrounds, neighborhoods. People that nearly brushed shoulders with the beast versus people whose lives were completely defined and impacted by his crimes.”

The director adds, “By doing it that way here, hopefully you can see a cross section and the diversity of the city.”

After spending the summer of 1985 terrorizing the Los Angeles area, Ramirez was headline news. According to author Philip Carlo, by the time of his arrest, he was the lead story of practically every major news program in California.

Doreen Lioy, an editor of Tiger Beat magazine at the time who helped launch John Stamos’ career, developed a fascination with Ramirez. Soon after he was incarcerated, Lioy started writing him letters. According to CNN, “she began visiting him in prison, sat through his trial” before eventually marrying him in 1996 at the San Quentin State Prison.

In a 1997 interview with CNN, Lioy described Ramirez as “kind,” “funny” and “charming.” She said at the time, “I think he’s really a great person. He’s my best friend; he’s my buddy.” The two remained married until his death.

“She groomed me,” John Stamos previously told ET about his days before landing his breakout role in 1982 as Blackie Parrish on General Hospital. Lioy was the first to feature him in the magazine, he said, first in the editor’s section in a photo alongside her before he eventually became a staple on the cover. “She was sort of like a sister and became best friends with my mother — she was a very lonely woman — [and] spent all the holidays with us.”

At the time Lioy was courting Ramirez, she was still writing Stamos’ mother letters. Soon after, however, the family started distancing themselves over her association with the killer. “I remember my dad shutting [my mom’s friendship with Lioy] down fast,” Stamos said. Don’t answer the phone, don’t write her back, he recalled his father, William, telling his mother.

While Russell didn’t want to glamorize Ramirez in the Netflix docuseries, there’s no escaping the fact that “this guy became the Jim Morrison of serial killers,” the director says. “There became this fetishization or celebritization of him as a character.” He was popular then and is popular over three decades later, especially as his story has resurfaced over the past five years amid the true-crime craze on TV and podcasts.

Lifetime aired the 2016 TV film, The Night Stalker, starring Lou Diamond Phillips as the serial killer and Kimberly Jürgen as Lioy, while the killer has been the subject of several podcasts including “Last Podcast on the Left,” “Murder Made Me Famous” and “True Crime All the Time.” 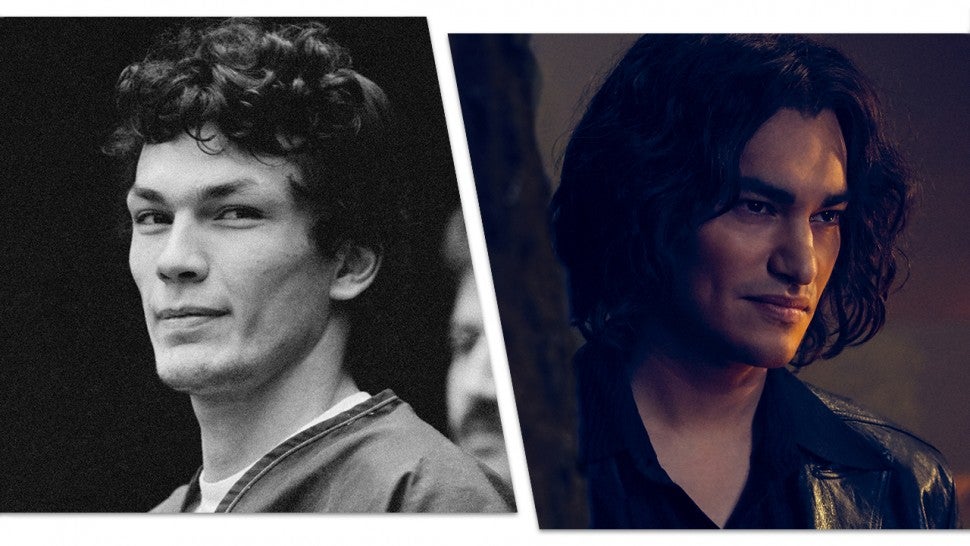 More recently, Ryan Murphy, one of the purveyors of the genre, resurrected Ramirez for the ninth season of American Horror Story. The slasher-themed season dubbed 1984 depicted five friends who escape Los Angeles to work as counselors at Camp Redwood. Franchise newcomer Zach Villa is first seen in the premiere attacking heroine Brooke Thompson (Emma Roberts) when it’s revealed that his character is Ramirez.

Despite portraying the real-life killer, Villa told W magazine that it’s “this magical mashup that happens where — regardless of how much research you’ve done — the role becomes something else completely. It’s always a version of this person.”