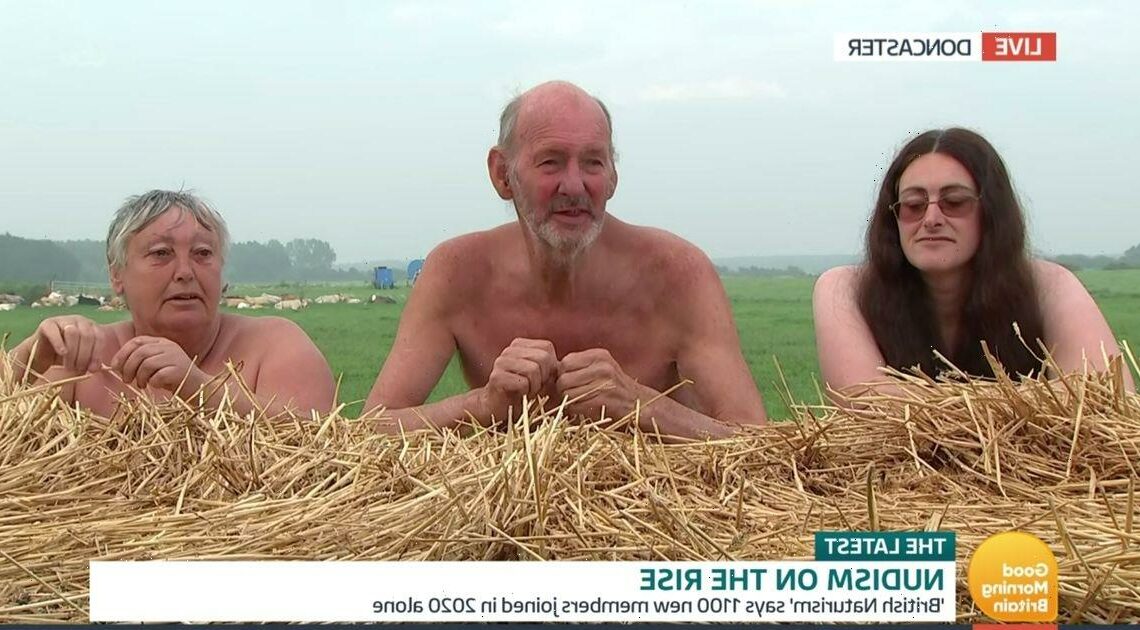 Colin and Carol Wood, as well as their daughter Angie, appeared on Monday’s episode of the news show to discuss their nudism festival, Nudestock.

They were filmed behind precariously positioned hay bales to cover their modesty, and explained how they feel removing the ‘barrier of clothing’ actually allows people to get to know each other better.

Inquisitive Richard asked how often the Doncaster family get dressed, and Colin explained that even though they don’t have to, they often wear clothes when working around the farm to prevent things getting ‘scratchy’.

“Occasionally I don't get dressed all day, but usually, what you said to my wife – you need clothes on like when I'm messing about with these bales,” he explained.

“I need clothes on, or I should be scratched to hell. So I usually put clothes on, usually have clothes on, when I'm working – for protection.”

He added that it’s not illegal for them to go to the supermarket naked but it’s up to the shops themselves to have a dress policy.

"Explain to caller that no offence has been committed, do not attend."

Viewers were baffled by the discussion so early in the morning, with some joining Richard and Susanna in getting the giggles.

One wrote: “I needed this! Thank you for the laughs.”

“Fair play to them .. their choice just not sure why we had to go through that interview .. but each to their own!” said a third.