A new era of The Real Housewives of New York City is upon us as the seven new stars of the reality franchise were confirmed at BravoCon.

Sai De Silva, Ubah Hassan, Erin Dana Lichy, Jenna Lyons, Lizzy Savetsky, Jessel Taank and Brynn Whitfield are the new housewives from the Big Apple that will be part of the upcoming Season 14 set to start shooting this fall. The cast was announced during a taping of Watch What Happens Live with Andy Cohen at the Bravo convention in NYC.

The Real Housewives of New York City, which is set to debut in 2023, will follow an all-new group of seven dynamic women who run in the same social circles, thriving in one of the most diverse and electric cities in the world. From fashion and real estate, to philanthropy and social influence, these women have made their mark in NYC and will now share their lives as they juggle careers, family life and jam-packed social calendars in the city that never sleeps.

RHONY had been placed on pause following Season 13 of the long-running franchise. Executive producer Andy Cohen had previously confirmed that the former stars would be part of a “legacy” spinoff show. The cast for the new show has not been announced but Luann de Lesseps and Sonja Morgan were confirmed to star in a new spinoff called Luann and Sonja: Welcome To Crappie Lake.

Meet the cast of RHONY Season 14 below.

Jenna Lyons is former President and Executive Creative Director of J.Crew Group, where she was widely recognized as the creative force behind the American retail chain’s phenomenal rise from floundering catalogue chain to one of the most coveted fashion brands in the US. Jenna is now Co-Founder and CEO of direct-to-consumer beauty brand, LoveSeen, and resides in New York City with her son Beckett.

Sai De Silva is an Afro-Latina, born and raised in New York. She is the creative director of Scout the City, which originated as a passion project blog and quickly evolved into an online lifestyle destination. Scout the City chronicles Sai’s adventures of chic parenting from her home in Brooklyn where she resides with husband David Craig and their two children, London and Rio.

Ubah Hassan is a Somalian model and philanthropist who moved to New York and made it her home. At a young age, Ubah fled to Kenya with her dad and brother, but later moved to Canada where she was spotted by a photographer and was subsequently signed by a modeling agency. Ubah is also an entrepreneur and the founder of UBAHHOT, a hot sauce company she built from scratch.

Erin Dana Lichy is a funny, confident and candid New Yorker, raised in Manhattan as one of five children in a close-knit Israeli family. A born go-getter, Erin became a real estate agent at 19 and owns her own home renovation and design firm, Homegirl. Erin’s husband is an attorney and owner of Lichy Law. The couple share three children together and live in Tribeca. Erin is super sociable, loves being around others and is always up for a good time.

Lizzy Savetsky is a digital influencer, activist, mom of three and wife to plastic surgeon Dr. Ira Savetsky. Originally from Fort Worth, Texas, Savetsky moved to New York for college and, after a brief stint back in her home state, returned to the Big Apple. Lizzy uses her platform to express her style, educate others on her deep-rooted beliefs and hosts Instagram show “Bashert,” where she is setting out to help Jewish singles find love.

Jessel Taank is an outgoing and unreserved fashion publicist and brand consultant, known for thinking outside the box. Jessel, who is of British-Indian descent, met her husband, financier Pavit Randhawa, after they were introduced by a friend at a bar. Romance didn’t spark immediately and they remained close friends for years before they began to date. The two married in Mexico in 2014 and have twin boys.

Brynn Whitfield is a brand marketing and communications professional. A cheeky “trophy wife in training,” Brynn has a penchant for interior design, fashion and hosting dinner parties from her (small but mighty) West Village apartment. Originally from a small town in the Midwest, Brynn was raised by her grandmother who taught her invaluable lessons about navigating life, owning her narrative as a bi-racial woman and the true meaning of hard work. 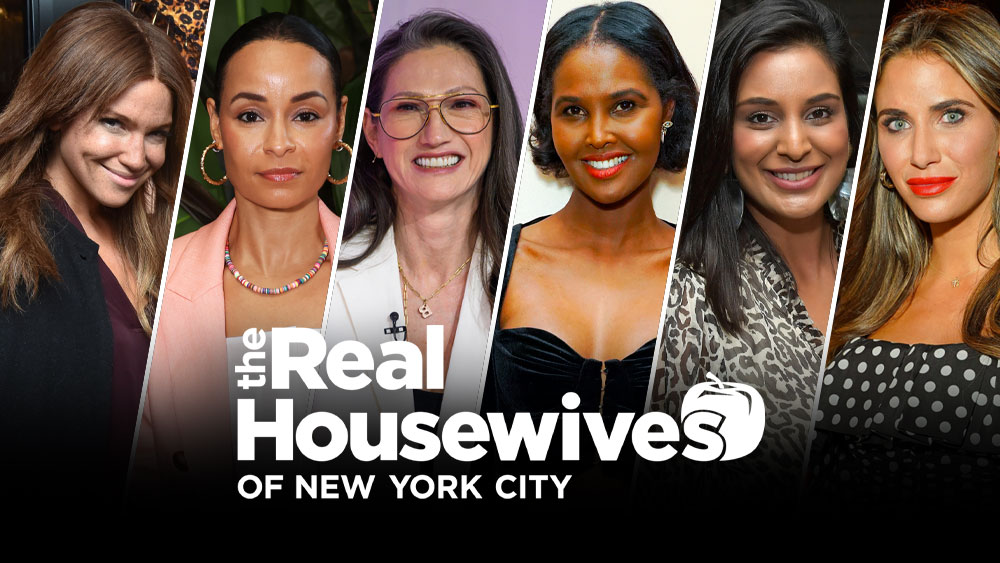 Rupert Murdoch Mulls Putting Fox & News Corp. Back Together After Nearly A Decade