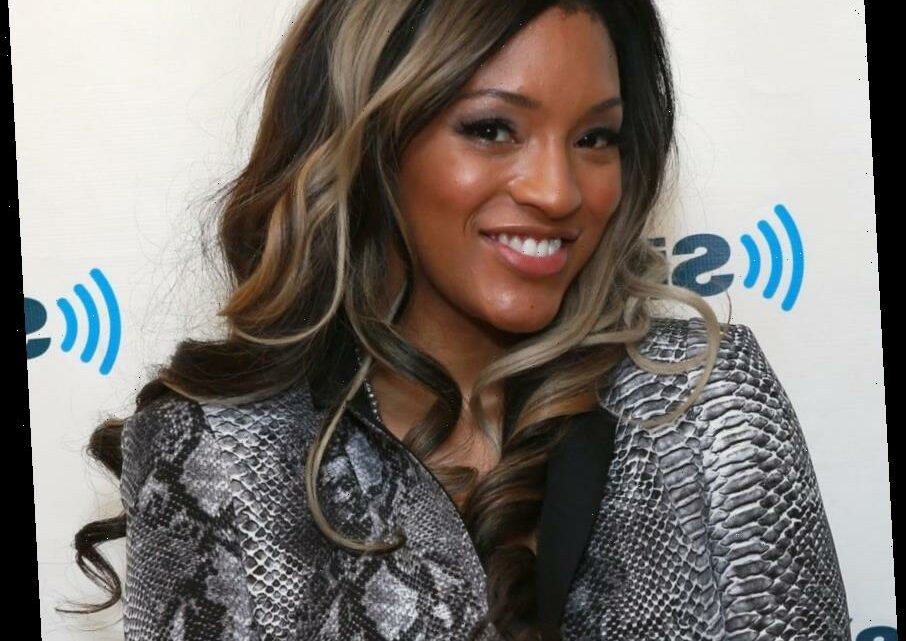 Drew Sidora is staking her claim as the newbie on RHOA but the actor and singer is not making the splash she expected. Instead of fans watching Sidora on auditions and in rehearsals, they are witnessing Sidora’s marriage in crisis. Fans accuse Sidora’s husband of being cold. A recent interview of Pittman’s reveals that he was not a fan of joining the show.

Sidora and Pittman have been married for six years and have three children, one of whom is from Sidora’s previous relationship. Unfortunately, the couple are experiencing severe communication and trust issues.

In the season 13 premiere, Sidora confides in her co-stars that the couple speaks of divorce often, mainly at the behest of Pittman. She also confronts Pittman for skipping town for three days without communicating with his family.

Related: Why Drew Sidora Turned Down ‘RHOA’ Peach Before Joining Cast for Season 13

The couple tries marital counseling and even that’s a disaster. Pittman comes off as disinterested and disingenuous. He brushes off Sidora’s feelings, even as she becomes emotional. The counselor confronts Pittman on having a way of punishing his wife in order for him to get what he wants out of her.

Fans of the show have expressed concern for Sidora while slamming Pittman in the process. They accuse him of being manipulative and controlling.

Ralph Pittman says he never wanted to participate in ‘RHOA;’ blames his behavior on the show on depression and anxiety

Pittman is not ignoring the backlash he’s been receiving as a result of his behavior on the show. ScreenRant reports that the IT guru was never a fan of participating in the reality show. But, he hesitantly agreed to join the cast as a way to help Sidora’s career.

“I did not want to be on [RHOA] at all. I didn’t want to do it,” he said. “However, when my wife sat down and had our kids, one thing I promised her is that I would support her career in whatever it is that she wanted to do.”

Related: ‘RHOA’: Drew Sidora Admits Husband Ralph Pittman Ducked Out on the Family Once Before

Pittman also says that much of his behavior can be attributed to dealing with anxiety and depression. Sidora admits her husband helped to nurse her back to health following an injury to her Achilles. Pittman says he began dealing with anxiety and depression even more amid racial uproar taking place throughout the country with the killings of unarmed Black men and women.

“Depression and anxiety, it impacts people differently and so when those situations actually occur, that’s time to say, ‘Let me see what’s really, truly going on with him. Let me see where his state is,’” he said of the situation.

He continued: “There’s tools you need to be able to recover from any kind of trauma and that’s exactly what it was…I didn’t have the tools to be able to get through [what I was feeling]. It was like, ‘I need to get away because I’m in crisis mode,’” Pittman explained in his decision to disappear for three days.

Despite the hiccups, the couple are enduring, Sidora says they remain in “active counseling.” She admitted on the show that they’ve tried marital counseling before but was not consistent. Now, Sidora insists they are fighting for their marriage and that Pittman is equally committed.

During an appearance on Watch What Happens Live, Pittman told Andy Cohen, “We’re on that journey. Just doing the work. And, as you saw, he opened up a little about his past, so there is some trauma as I learned from Coach Love. And he’s working on himself and he is committed to the marriage.”

RHOA airs every Sunday on Bravo at 8 pm EST.

'The Masked Dancer' Unveils Another Celebrity Contestant: And the Ice Cube Is…