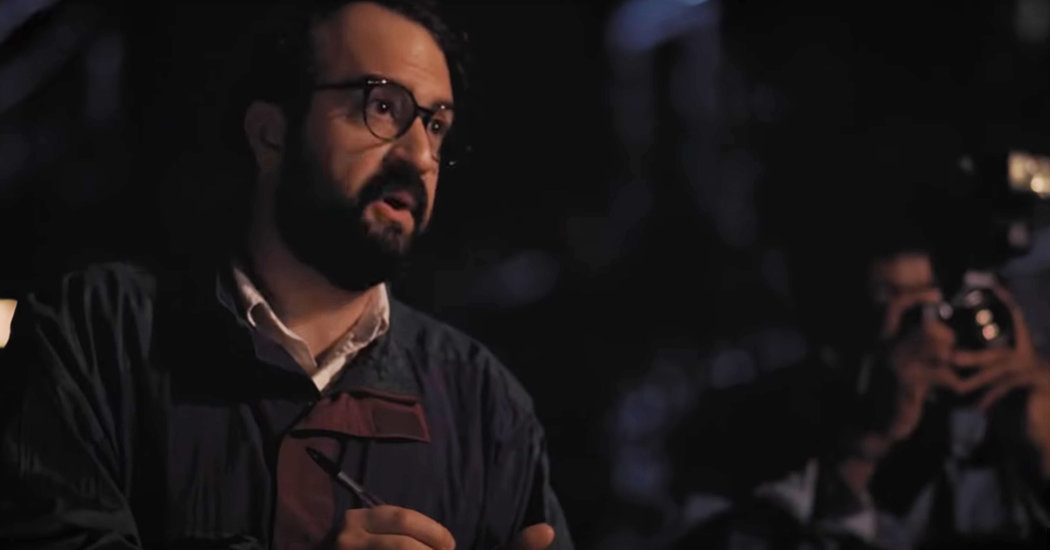 Reporter Asks ‘The Front Runner’ to Declare His Portrayal Is Fiction

Debates over artistic license in movies based on real life have raged, well, since they’ve existed. “The Front Runner,” the drama starring Hugh Jackman that tracks Gary Hart’s failed run for president in 1988, is now the latest to upset a person being portrayed onscreen.

In a letter to the filmmakers, Tom Fiedler, a former journalist who covered Hart’s campaign and is now dean of Boston University’s College of Communication, asked that they “publicly acknowledge that the film’s depiction of me is essentially a fiction.”

The letter, sent to the “Front Runner” director, Jason Reitman, and his co-writers, Matt Bai and Jay Carson, follows an op-ed Fiedler wrote last month for his former employer, The Miami Herald, headlined in part, “Truth is left on cutting room floor.”

Reitman, Bai and Carson declined to comment for this article.

[Read our review of “The Front Runner.”]

As a political reporter for The Herald, Fiedler broke the story that Hart was seen with a woman who wasn’t his wife, news that upended Hart’s campaign. The story was published after a Herald team, which included Fiedler, staked out Hart’s home following an anonymous tip — a move that was much criticized at the time. Hart and the woman, Donna Rice, then a 29-year-old actress and pharmaceutical representative, have said they were just friends.

Fiedler wrote in his letter, which was shared with reporters, that the movie vilifies him and doesn’t take into account the accuracy of his reporting. Further, he wrote, the actor who portrays him, Steve Zissis, never contacted him. “I wonder if Steve Zissis ever went to the trouble of finding a photograph of me, much less researched my reputation. Had he done so, he would have known I’ve never worn a beard; that I take pride in my appearance and in my physical fitness.”

Fiedler said in the letter that the negative portrayal could sway potential students from applying to Boston University, where Fiedler, who started in 2008, is in his final year as a dean. (This reporter attended Boston University’s College of Communication from 2006 to 2010.)

Though it was shut out of Golden Globe nominations on Thursday, “The Front Runner” has awards season hopes, and Fiedler said in an email that members of the communication school’s advisory board were concerned that the film might damage the university’s reputation and encouraged him to make public his criticisms.

In an October interview before the movie was released, he said that after a private screening, he told Reitman that he had “directed a terrific story and captures the action,” as well as “the frenetic activity that goes on in a campaign.”

After the film opened, Fiedler wrote Reitman about his concerns in an email exchange he provided to The Times, and Reitman responded that he never thought of the Fiedler character as the film’s villain, adding, “I’ve always had empathy for what you must have been thinking as this all unfolded.”

A dispute between a creative team and a person being portrayed is by no means new. Last spring, a California appellate court dismissed a defamation lawsuit brought by the 101-year-old actress Olivia de Havilland against FX Networks over Catherine Zeta-Jones’s portrayal of her in “Feud: Bette and Joan,” about Bette Davis and Joan Crawford’s volatile relationship. In October, de Havilland filed a petition to have the case heard in the Supreme Court.

Mr. Fiedler said he did not plan to sue.