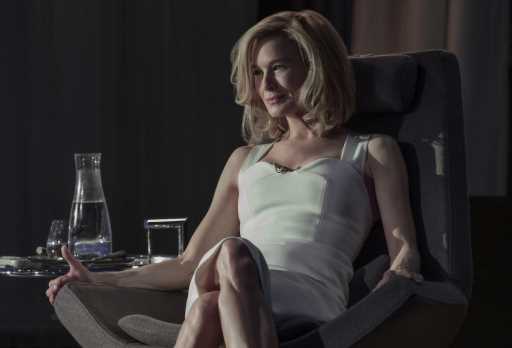 We don’t know what the rules are, exactly, to the game being played in What/If… but we do know that Renée Zellweger rules.

The Oscar-winning actress takes on her first major TV role in Netflix’s new thriller, which just got a premiere date: It’ll debut Friday, May 24 on the streamer. It hails from Revenge creator Mike Kelley, and fans of that juicy ABC primetime soap will get a familiar vibe from the cryptic teaser above: At a posh party brimming with conspicuous wealth and seductive secrets, cast members like Jane Levy, Blake Jenner and Dave Annable mill about while Zellweger’s character narrates about making someone an offer “too extraordinary to refuse.” She climbs a staircase and drops a chess piece before triumphantly announcing: “Welcome to the game.”

Described as “a neo-noir social thriller,” What/If “explores the ripple effects of what happens when acceptable people start doing unacceptable things,” according to the official synopsis. The 10-episode first season will focus on a mysterious woman played by Zellweger, and the lucrative offer she makes to a pair of cash-strapped San Francisco newlyweds — who we think are played by Levy and Jenner, but can’t say for sure, since Netflix is keeping all plot details very close to the vest. So it’s sort of Indecent Proposal meets The Game, by way of Revenge? Where do we sign up?

Prince Louis Is 1! Every Sweet Detail We Know About the Littlest Royal: 'He's Always So Happy'
World News