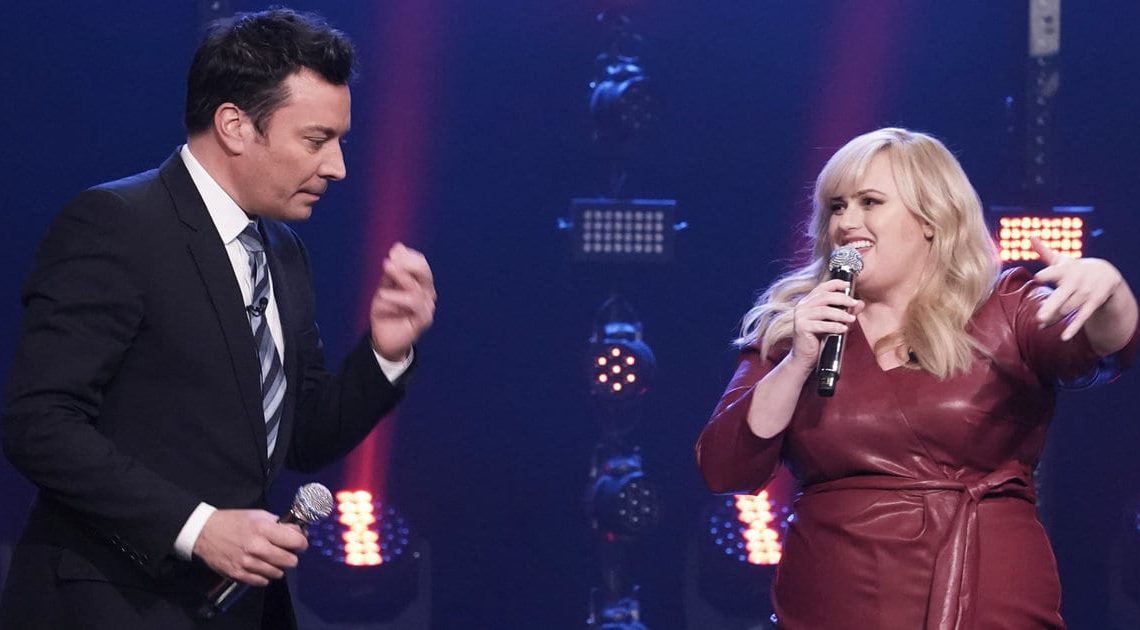 The “Pitch Perfect” star proved to be a fierce competitor to Fallon, as she flawlessly performed hits from Nicki Minaj, Spice Girls, Flo Rida and more.

Rebel Wilson just took her riff-off skills to the next level Friday night.

While appearing on "The Tonight Show Starring Jimmy Fallon," the "Pitch Perfect" star faced off against the late-night host in a game of "Beat Battle," where Fallon and his guests must sing as many songs they can think of to a totally random beat before the buzzer goes off.

"Is this like a beat-off?" Wilson joked before the game began, "That means something in Australia." After Fallon explained the rules to the actress, Wilson said it sounded "harder than a riff-off," which were made popular by the "Pitch Perfect" franchise. But Wilson, who was at the show promoting her new movie "Isn’t It Romantic," didn’t have anything to worry about as she proved to be stiff competition.

For the first beat, Fallon began by singing some lines from Fun.’s song "Some Nights." Wilson immediately came in with a remix and started to spit some bars from Missy Elliot’s "Work It." Fallon then sang some Hanson and Wilson followed with the Spice Girls hit "Spice Up Your Life," which proved to be an audience favorite.

However, Wilson really got the crowd going when she threw in Nicki Minaj’s difficult lyrics from her verse in Kanye West’s "Monster." Wilson ended with the words, "I’m a motherf–king monster," as the buzzer went off.

"Judges, judges! That was close, but we’re giving it to Rebel for that one," Fallon said. "That is hard, Jimmy…but I feel like we should make it harder," Rebel countered. The actress then suggested they raise the stakes by only singing love songs in the second round, in honor of Valentine’s Day.

Wilson began with "I’m Yours" from Jason Miraz and Fallon followed with "You Make My Dreams" by Hall and Oates. Wilson then took the category to another, as she sang songs that were more about making love. The Aussie performed sexy hits including "Pony," "Whistle" and "Let’s Talk About Sex." Fallon threw in some love ballads in between, but in our opinion, it seemed that Wilson won this one.

Also during her late-night appearance, Wilson told a hilarious story about having to get rescued from an Aspen ski slope while on vacation during the holidays. See how it all went down in the clip below.

'The Voice' Season 16: Who Is Khalid, John Legend's Battle Advisor?