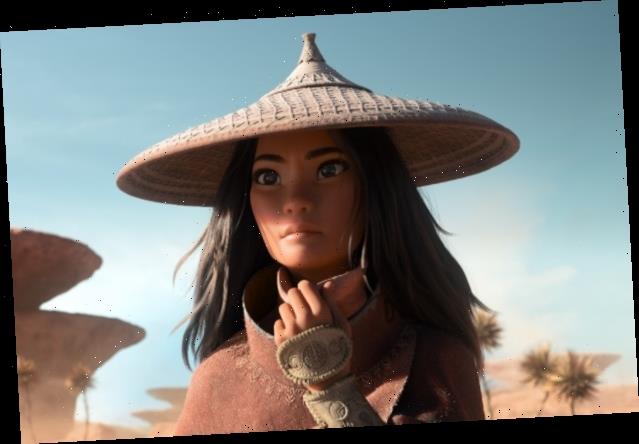 Disney’s released the trailer for its latest animated movie “Raya and the Last Dragon” on Wednesday, and the feature film starring Kelly Marie Tran and Awkwafina looks to be straight fire.

In the two-minute, two-second preview, Raya (voiced by Tran) and her increasingly large animal sidekick Tuk Tuk go in search of the last dragon, Sisu (voiced by rapper/actress Awkwafina), in an attempt to bring warring communities together. We think.

The clip features a combination of martial-arts action scenes, some “Indiana Jones”-like treasure-hunting and, of course, some adorable animal-sidekick moments courtesy of the armadillo-esque Tuk Tuk.

“Raya and the Last Dragon” is set in a fantasy world called Kumandra and follows a lone warrior named Raya who journeys on a quest to find the rumored last dragon. She believes that this dragon can save Kumandra from an evil force, but the dragon Sisu has become trapped in a human body and needs Raya’s help to return to her dragon form.

Tran replaced actress Cassie Steele as the lead in the film, and the “Star Wars: The Last Jedi” actress, being of Vietnamese descent, is now the first Southeast Asian woman to lead a Disney film.

Animation fans first got a taste of “Raya and the Last Dragon” at D23 last year and were eagerly anticipating the movie to release this fall, but due to the coronavirus pandemic, it is now set to (hopefully) debut in theaters on March 12, 2021.

Obviously, like a great many other films in 2020, the date for “Raya and the Last Dragon” could very well change depending on how things are going next year.

Check out the trailer for the movie via the video above, and find a poster here that Disney shared for the film via Twitter.

‘Terrible for the sport’: The real consequences of British boxing’s controversial scorecards