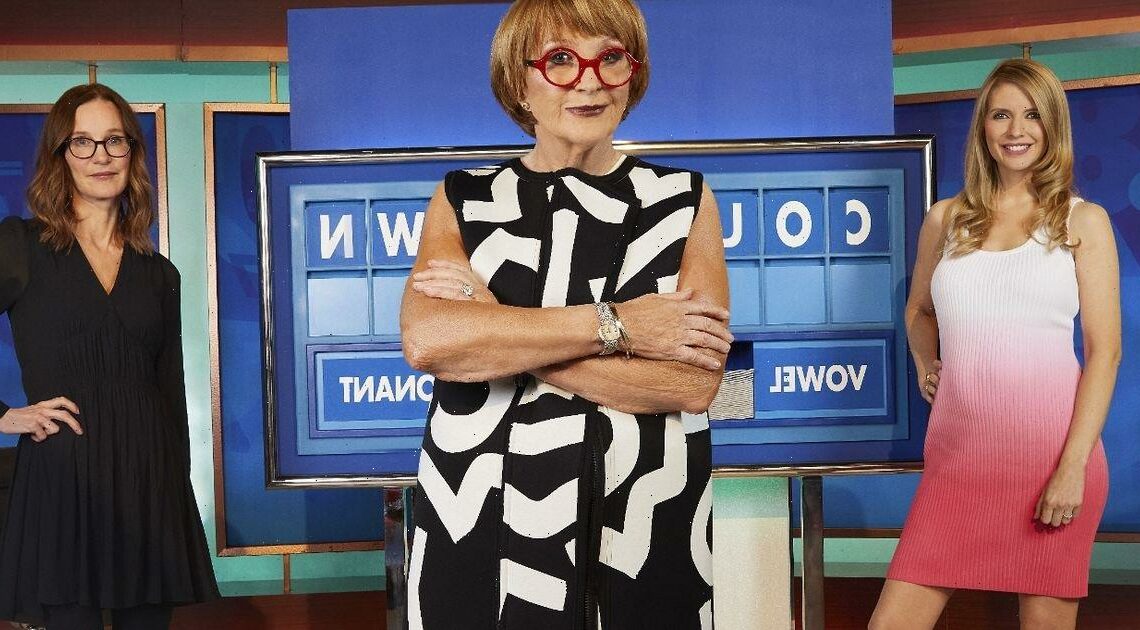 It's not just the consonants and vowels that has Channel 4's Countdown cast members in a fluster – it's also the drama that is said to be happening behind the camera.

Rumours of a rift between Anne Robinson and co-star Rachel Riley escalated last year, though the pair vehemently denied any rows.

Former Weakest Link host Anne, 77, first joined Countdown in the summer after former host Nick Hewer stepped down, but after less than a year in the job, Anne has now confirmed that she is leaving the role.

She said: "I’ve had a blast hosting this wonderful show. And I stayed longer than I signed up for. Now it is time for an older woman to take the reins.”

She added: "I hope too I’ve encouraged TV bosses to realise that not all women at the wrong end of their seventies are in care homes playing bingo and watching conjuring tricks."

Anne suggested that she now wants to spend time with her grandchildren and her home in New York.

As her exit looms, Daily Star has looked back at the reported "feud" between Anne and her now-former co-star Rachel.

"Lots of crew are discussing what is going on. Rachel and Susie don’t care much for Anne and her rather grand ways and things have become pretty uncomfortable," said a source to The Mail on Sunday.

They added that Anne "likes to do things her way", which Rachel does not go along with, and that this tension has caused the two not to interact much behind the scenes.

It was also recently reported that Anne Robinson turned Rachel Riley's microphone off for "being too loud."

Anne was said to have turned Rachel's microphone off during filming at Salford Media City, after Rachel was talking to contestants before filming.

With tensions continuing to grow, sources have also reported that Rachel has threatened to quit Countdown if the issues are not resolved.

A source told The Sun: "She has moaned about Anne a number of times and even said she would consider walking away from Countdown if the issues weren’t sorted."

They added, "No one wants to lose Rachel because she brings glamour and fun to the show, as well as being an absolute whizz at maths."

However, Rachel is soon due to give birth to her second child and it is confirmed that she will return to the show in January.

Like a well worked out equation, or a word that fits perfectly with all the letters on the board, the Countdown stars have usually bonded together well in decades past.

Mathematician Rachel, 35, previously had a close bond with former host Nick, having presented alongside him since 2009.

She told the Press Association that her and Nick had a chance to bond in the ten years that they worked together, which she said that she has not had the chance to do with with Anne Robinson, due to restrictions as a result of the pandemic.

"We used to all be in the same room together but because of coronavirus everyone's off separately having their make-up done so we don't see each other as much," she said.

She later added: "We've not really done much team bonding."

Although the stars haven't had a chance to bond, since Anne has began hosting, audience figures for the legendary Channel 4 show have increased and the show seems as popular as ever.

“We are thrilled that viewers are enjoying Anne at the helm of Countdown," said Director of programmes Ian Katz, "helping one of Channel 4’s most iconic shows achieve its biggest share of audience in nine years.”

Denver’s Lakeside Amusement Park is a treasure. Here’s why we love and you should, too
World News