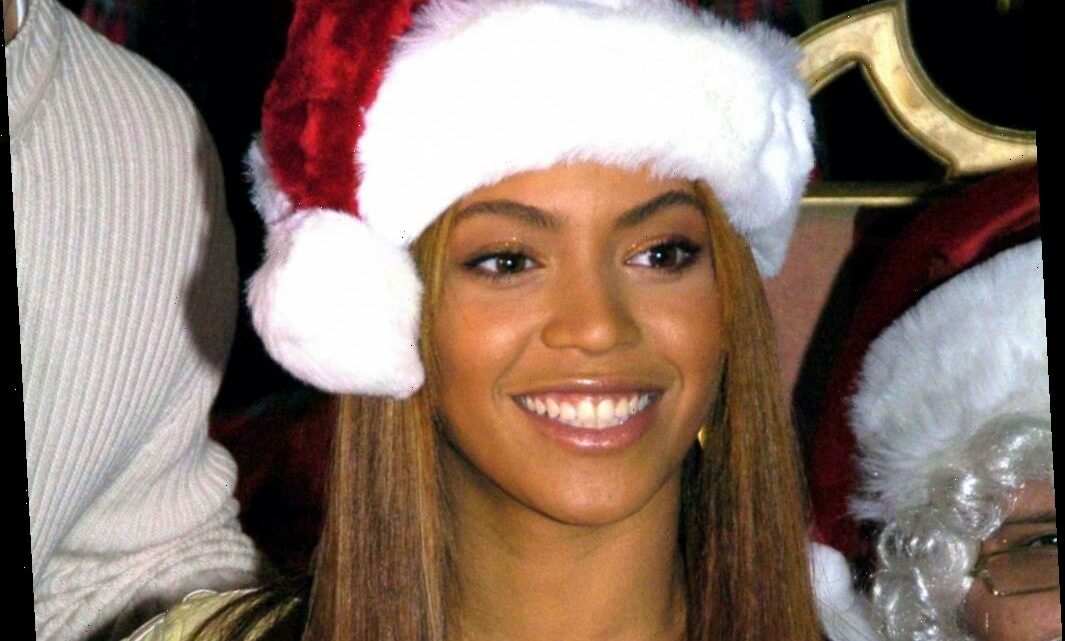 ‘Tis the season to sit in front of the television and binge your favorite holiday episodes. During the winter months, many people tend to revisit festive programs in shows such as The Office, Friends, and Seinfeld. But more unusual and underrated programs have been catching eyes too — like the Punk’d holiday episode featuring Beyoncé.

Beyoncé appeared on Punk’d Season 2, Episode 8. The episode was filmed in 2003, around the time she was on a break from Destiny’s Child and kicking off her solo career with her first album, Dangerously in Love.

For the prank, she was invited to a holiday celebration for needy children at Universal Studios in California, where she was supposed to help decorate a giant Christmas tree. But when she went to place a star atop it, the tree toppled over, ruining all of the presents beneath it and causing chaos within the crowd of guests.

Beyoncé was clearly horrified by what had happened, looking on desperately as some of the kids began to cry and scream. “You ruined our Christmas!” one child yelled repeatedly.

She continued to face criticism even after apologizing and promising to get the kids new presents — until host Ashton Kutcher came out and revealed the ruse to the “Speechless” singer.

On Dec. 24, a Twitter user shared a clip of the episode along with the caption, “Remember when beyoncé destroyed the christmas tree?” The post attracted over 30,000 likes and tons of reactions that ranged from embarrassment and shock to joy and humor.

“I was so embarassed when I first saw this back in the day but she’s still Beyoncé and doesn’t give af 😂,” read one tweet.

Another Twitter user couldn’t believe the way the kids acted toward Beyoncé, writing: “The kids yelling at Beyoncé that she ruined Christmas is sending me.”

“that little kid screaming how she ruined christmas is such a good actor omfg, they are NOT seeing heaven for pranking her like that 😭,” someone else mused.

“This is why Beyoncé barely makes appearances now 😂😂,” said a fourth tweet.

Does ‘Punk’d’ still come on?

After a years-long hiatus, Punk’d was rebooted in 2020 on the streaming app Quibi, with Chance the Rapper attached as the host.

Punk’d aired its first season the same year, which included stars such as Megan Thee Stallion, Lil Nas X, Offset, and Addison Rae (via IMDb). However, the future of the show is now unclear, given that Quibi has since shuttered.

In the meantime, fans can find several old episodes floating around the Internet, including on YouTube and on the MTV website.