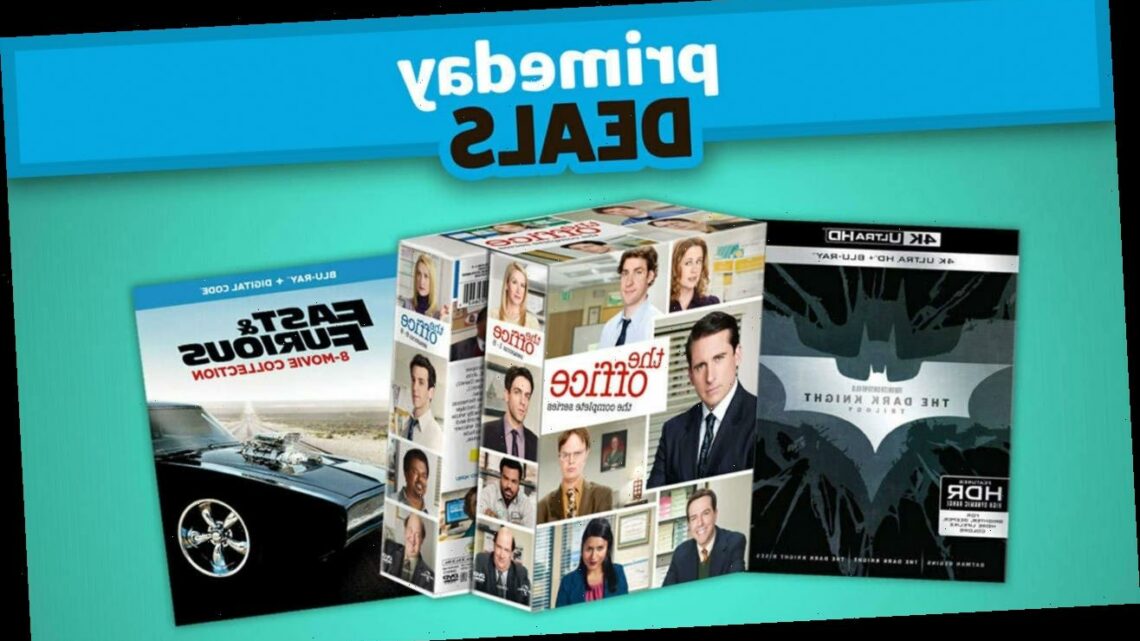 It’s that time again. Amazon Prime Day 2020 has arrived and brought with it hundreds of discounts on everything from video games to Funko Pops and beyond. Naturally, the sale also includes some pretty bonkers bargains on Blu-ray, 4K HD, and DVD bundles of all your favorite movies and TV shows, some of which have been marked down over 50%.

This year, Prime Day is stretching across October 13 and 14, and as usual, you’ll need to be an Amazon Prime subscriber to take advantage of the discounts. There are, however, many other retailers doing their own anti-Prime Day sales and events this week for you to take advantage of if you’re not a Prime member. But, if you’re looking to sign up, Amazon offers a free 30-day trial for new subscribers.

Here are our picks for the best deals on TV and movies during Amazon Prime Day 2020.

The Office: The Complete Series

The Office is leaving its streaming home at Netflix next year and heading to NBC’s Peacock, which is going to be a source of some major heartache for its many, constantly re-watching fans (ourselves included.) This deal will net you every single episode on DVD for cheap and give you a way to stay in touch with Dunder Mifflin without changing your streaming service subscriptions.

It’s all about family. Fast 9 may be delayed, but you can pass the time with every single entry in the Fast & Furious franchise on Blu-ray for around what you can expect to pay for a night out to theaters when 9 finally does arrive.

If you’re feeling nostalgic for Christopher Nolan’s Batman trilogy, now is the time to indulge. This 4K Ultra HD collection includes all three movies for under $40–and you get the Blu-ray copies as well.

Jurassic World: Dominion was recently pushed back, but like the Fast franchise, you’ve got plenty to re-watch to help you bide your time. This collection of Blu-rays bundles everything from Jurassic Park to Jurassic World: Fallen Kingdom.

Who doesn’t love The Purge franchise? This deal nets you The Purge, The Purge: Anarchy, The Purge: Election Year, and The First Purge on Blu-ray for under $20 bucks.

The Haunting Of Hill House Blu-Ray

Hill House’s follow-up series, The Haunting Of Bly Manor, just arrived on Netflix, so it’s the perfect time to revisit the show that paved the way. And while, yes, Hill House is still streaming, this Blu-ray includes extended, director’s cut versions of the episodes you won’t find online.

Now’s the time to complete your collection if you’re a Game of Thrones fan. This complete series set includes Blu-ray versions of every single episode as well as keys for digital copies so you can watch wherever, whenever.

Twin Peaks: From Z to A

Cult-classic Twin Peaks’ bonus feature-filled box set From Z to A has been marked down to a measly $78, which will net you the entire show, seven hours worth of bonus behind-the-scenes material, interviews, a set of collectible prints, and so much more.

Friday the 13th The Ultimate Collection

For less than $15 bucks you can get eight–yes, eight–Friday the 13th movies on DVD. Halloween might be a little weird this year but spooky season lives on in all the machete-slashing Jason Vorhees action you could possibly want.

Head back to the wasteland with this collection of all three Mad Max movies, including Fury Road, on Blu-ray. It also includes the Black & Chrome cut of Fury Road. This is a black and white cut cut with an intro from director George Miller describing his vision for the series.

Get all the MCU Spider-Man action you could possibly want in one place with this Blu-ray double feature that also includes both movies’ worth of special features for over half-off.

If you’re waiting for the Snyder Cut to be released on HBO Max, you may want to take this opportunity to brush up on your DC movie history. This collection will net you all seven currently released DCEU movies from Batman v Superman and Man of Steel to Suicide Squad and Shazam.

Parks and Recreation: The Complete Series

Parks & Rec recently left Netflix for NBC’s Peacock, which may be a sore spot for some fans. Thankfully, you now have the opportunity to pick the entire series up for an incredible bargain and never have to worry about finding it online again.