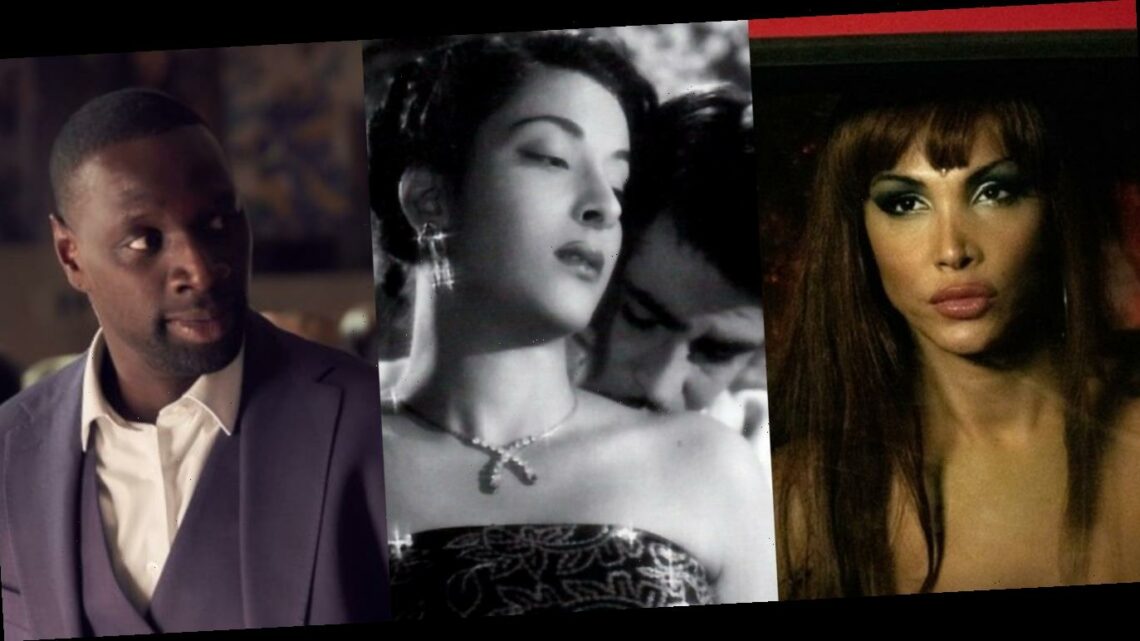 It’s a new year, with new foreign-language films and TV shows to stream: a few late-year streaming hits, along with a few classics and hidden gems that may have slipped under your radar. But we’re back and here to recommend you some titles that will help you meet that New Year’s resolution of watching more foreign films this year.

Fire up those subtitles, and let’s get streaming.

Lupin is a nimble and delightful charmer of a caper series that will be sure to feed anyone’s craving for a sleek Ocean’s Eleven-style heist, anchored by a electric performance by Omar Sy (The Intouchables), finally given a role worth his charisma after years of being wasted by Hollywood. Sy plays Assane Diop, a dashing thief who is inspired to take on a life of crime by the exploits of fictional gentleman thief Arsène Lupin, and by the arrest and suicide of his wrongfully convicted father after he was framed for the theft of a precious necklace. When the necklace resurfaces 25 years later, Assane vows to prove his father’s innocence and to find the people responsible for his death. A short binge (and one of Netflix’s first sleeper hits of the year), Lupin us a new frothy, absurd adventure that offers the kind of lightweight escapism that we’re all craving right now.

Watch This If You Like: Ocean’s Eleven, The Usual Suspects, heists!

A cornerstone of Indian cinema, Awaara is one of three films featured in the Criterion Channel’s appropriately titled “Three by Raj Kapoor” selection, which highlight the contributions the filmmaker-writer-star made to Bollywood as we know it today. But for all the lengthy musical sequences and penchant for melodrama that Bollywood films are known for, Awaara is a gripping tragicomic tale of a man who overcomes hurdles at every turn of his life, only to be punished for his impoverished upbringing. Kapoor — often dubbed the “Charlie Chaplin of Hindi cinema” — channels Chaplin’s Tramp as the titular “vagabond” Raj, a career criminal who finds his principles and dignity tested when he falls in love with his childhood sweetheart (Nargis) and learns through her that his real father was a harsh, discriminatory judge (Kapoor’s real-life father Prithviraj Kapoor). Raj’s life story is told through the structure of a courtroom drama, where Raj is on trial for murder and the secrets of his life are slowly unveiled.

Watch This If You Like: Oliver Twist, The Personal History of David Copperfield, Les Misérables, social commentary among long musical sequences.

Created by Javier Ambrossi and Javier Calvo, Veneno is a showstopper of a biographical drama that’s as big and as tangled as the legacy as the woman it’s centered on: Cristina Ortiz Rodriguez (Daniela Santiago), better known as La Veneno, a transgender prostitute who would become a late-night TV icon, blazing a trail for trans representation in Spain, only for her starry career — and the public’s goodwill — to be cut short by an imprisonment. Veneno toggles between two timelines: the present, in which Cristina recounts her life to aspiring journalist and closeted trans woman Valeria; and the past, when Cristina was first discovered by a sharkish late-night TV network, as well as her childhood in Adra with an abusive mother to her eventual escape to Madrid and rise to fame. But like any unreliable narrator, Cristina trims and prunes her memories, in a series that mixes fantasy and reality, and digs into the knotty relationship between a public icon and the media.

Watch This If You Like: A Fantastic Woman, Gloria, women!

Based on the manga of the same name by Haro Aso, Alice in Borderland bears a somewhat unfortunate title that doesn’t really convey the kind of horror/sci-fi series that it actually is. But don’t let the confusing title put you off: Alice in Borderland is a thrilling series that is like if Battle Royale and Saw had a sick, twisted baby, in a show that puts its characters through a series of manipulative, tortuous games — often with a high body and splatter count. Alice in Borderland follows Ryohei Arisu (Kento Yamazaki) a directionless young man who cares only about video games and about hanging out with his similarly directionless two friends: his nebbish IT tech friend Chota (Yûki Morinaga), and the brawler bartender Daikichi (Keita Machida). While evading the cops after a prank, the three of them suddenly find themselves transported to a completely empty Tokyo in which they are forced to participate in violent life-or-death games, along with several other stranded Tokyo residents, including born survivor Usagi (Tao Tsuchiya), whose name, coincidentally, means “rabbit.”

Watch This If You Like: Battle Royale, the Saw series, people’s heads getting exploded by collars.

Masaaki Yuasa gets surprisingly sincere with his 2019 romantic comedy Ride Your Wave, which starts out as a cheesy summertime romance between an airheaded surfer girl and a serious firefighter, and transforms into a study of grief. The anime filmmaker has frequently pushed the envelope with his weird, trippy animes like Mind Game, Lu Over The Wall, and his famously brutal DEVILMAN crybaby, but he plays it remarkably straight with Ride Your Wave, which only barely flexes its more fantastical flairs — the firefighter, after his accidental drowning, returns as a watery specter whenever his girlfriend sings their favorite song — and prefers to lean into the slice-of-life elements, and gradually, the more earnest depiction of grief.

Watch This If You Like: Blue Crush, Sisterhood of the Traveling Pants, that part at the end of Grease where the car goes flying.