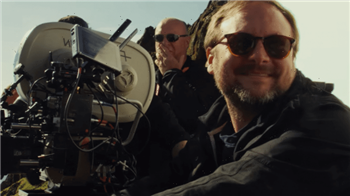 The upcoming Peacock series Poker Face has an air of mystery around it, but mercifully, another piece of the puzzle has been revealed. We now know that Nora and Lilla Zuckerman have signed on as co-showrunners.

The TV producing duo are joining the project’s creator Rian Johnson and star Natasha Lyonne in what promises to be an exciting new series. The sisters have previously written for shows including Fringe, Prodigal Son, Agents of SHIELD, and Suits, in addition to serving as producers. Most recently, they executive produced the Fox mystery-drama Prodigal Son, a procedural about the son of a serial killer.

In addition to their role as showrunners, the Zuckermans will executive produce the series, joining other executive producers Johnson, Lyonne, Maya Rudolph, Danielle Renfrew Behren, Ram Bergman, and Nena Rodriguez. Poker Face is created by Johnson, who’s also set to write and direct the series.

What We Know So Far

So far, the minds behind Poker Face are keeping all their cards close to their chest. We know almost nothing about the plot and only have the slightest inkling for what to expect: the series will be a one-hour mystery drama, with 10 episodes due to premiere on Peacock.

Johnson previously called the show “fun, character-driven, case-of-the-week mystery goodness” which tells us very little, except that we should be very excited for what’s to come. Especially with Lyonne in a starring role, Poker Face sounds like it brings together the very best talents of its collaborators.

Poker Face will be Johnson’s first foray into writing for a TV series, though he previously directed an episode of Breaking Bad. Anyway, it’s nowhere near his first time crafting a mystery, as the writer-director behind both Looper and the ever-growing Knives Out franchise. Since the first film premiered back in 2019, the hype surrounding the murder mystery’s sequels has been habitually taking over the internet. Every time a new cast member is announced, social media goes wild. But much like Poker Face, Johnson is keeping the mystery alive by revealing very little about the plot of these upcoming projects.

What we do know is to be rightfully excited about his team-up with the ever-talented Natasha Lyonne. Lyonne recently co-created, wrote, directed, and starred in Netflix’s Russian Doll, a comedy-mystery with a time-bending twist. Lyonne is best known for her many onscreen talents, which often see her delivering on charming, witty dialogue. A match made in heaven?

Prior projects from the Zuckermans prove their ability to work with intricate plotting and a mysterious tone. Combined with the proven talents of Lyonne and Johnson, Poker Face is quickly becoming one of Peacock’s most exciting projects.