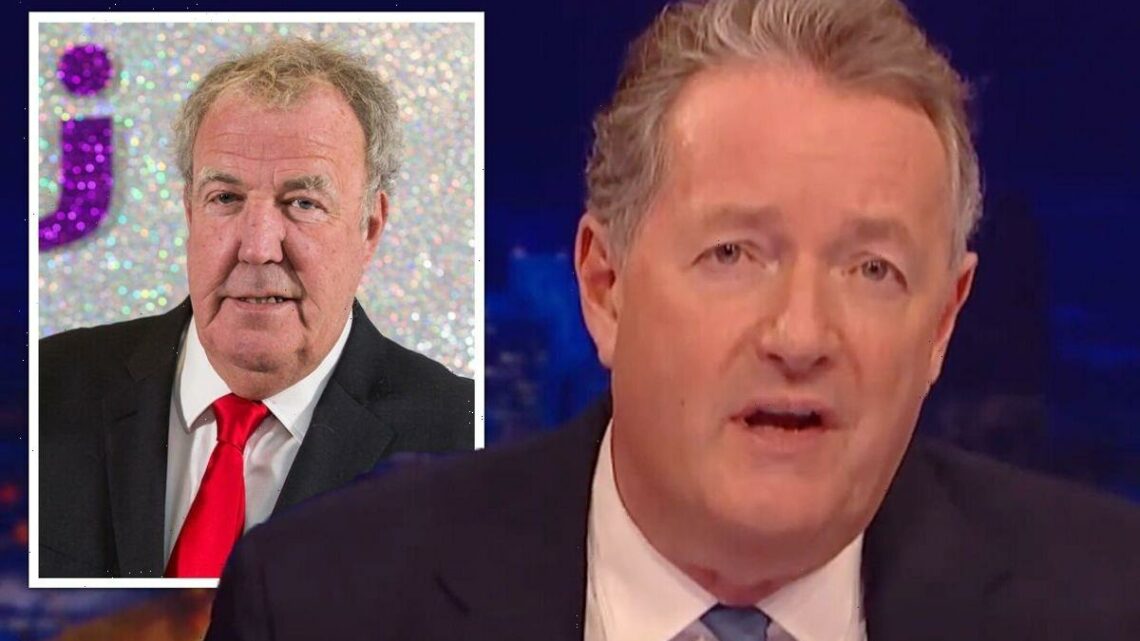 Former Good Morning Britain presenter Piers Morgan revealed Jeremy Clarkson punched him due to an image he publish in the Daily Mirror when he was editor. However, the controversial host has now stated it was “perfectly reasonable” for the Who Wants to Be a Millionaire presenter to do so.

Speaking in a new interview, Piers recalled the incident to Spencer Matthews on his podcast, The Big Fish.

He said: “I was editor of The Mirror and published him in a compromising position with someone who wasn’t the then Mrs. Clarkson.

“He didn’t like it, so the next time he saw me he punched me in the head.”

Astonishingly, Piers went on to say he thought Jeremy’s attack was “perfectly reasonable” and he did not complain to anyone about it.

He added Jeremy left him bloodied and with a scar on his forehead but was determined he was not going to play the victim.

Piers shared: “I could’ve laid on the floor and said ‘Oh God isn’t this awful,’ but I thought fair enough, I would’ve probably done the same thing.”

The incident took place nearly 20 years ago at the Press Awards and sparked a feud that spanned decades.

The now amicable pair displayed their scars during a celebrity special of Who Wants to Be A Millionaire in 2020.

On the show, the pair jokingly quipped with each other about the incident with Piers claiming he shouldn’t really trust the Top Gear presenter.

Taking the hot seat, he said to Jeremy: “I can think of a million reasons why I shouldn’t trust you. Including this scar on my forehead.

“And there’s your broken finger…from when you struck me.”

He finished his monologue by saying: “I’m going to say the words I never thought I’d say… I trust you.”

Piers’s shocking revelation comes as the presenter agreed Jeremy Clarkson’s column about Meghan Markle in The Sun was out of line.

The host described the article as “clumsy” but was astounded both Prince Harry and Meghan refused to accept his apology.

He said: “They did what I knew they’d do. Utterly graceless threw it back in his face ‘Nope, you’re disgusting.’

“We need a load of apologies for all the hateful things you’ve ever said or done. You can never apologise to the woke mob.”

But it seems Piers is ready to end his long-running feud with the couple and would like to sit down with the royal couple.

He claimed if the trio sat down together it would be a meeting of minds where they could “get it off their chests and move on.”

In the past Piers has been very vocal in his disdain for the Duke and Duchess of Sussex and labelled Meghan as a “self-obsessed social climber.”

He has been equally scathing of Prince Harry calling him “completely deluded and very manipulating.”

These Ray-Ban Sunglasses Have a Built-in Camera, So I Can Take Photos on the Go