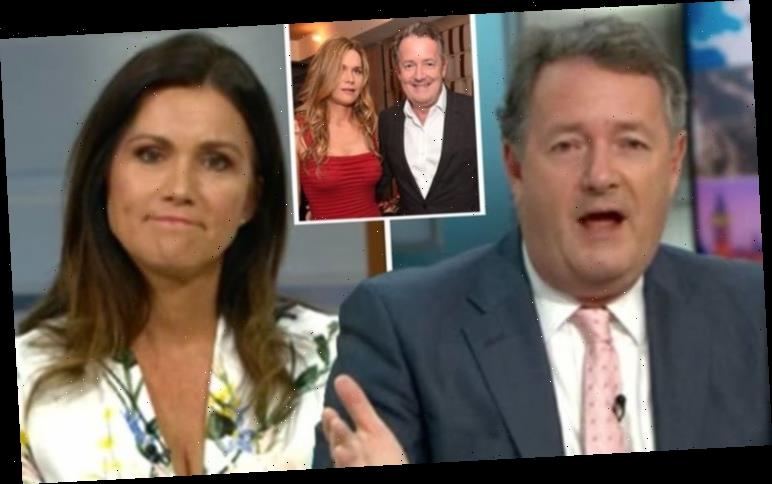 Piers Morgan and Susanna Reid are known for not seeing eye-to-eye on Good Morning Britain and yesterday Susanna couldn’t resist taking a swipe at her co-host after he made a shocking revelation about his marriage. The controversial host revealed today was his 10th wedding anniversary with Celia Walden and it wasn’t long before his co-host hit out at him for the way he described his marriage.

After sweetly giving a shout out to his wife on their special day, Piers joked that his wife was “punching”.

Susanna ironically added: “I bet she thanks her lucky stars every day.”

Piers continued to share how “lucky” his wife was to have met him before GMB showed viewers a picture of the couple.

“We’re going to have a wild celebration,” Piers continued. 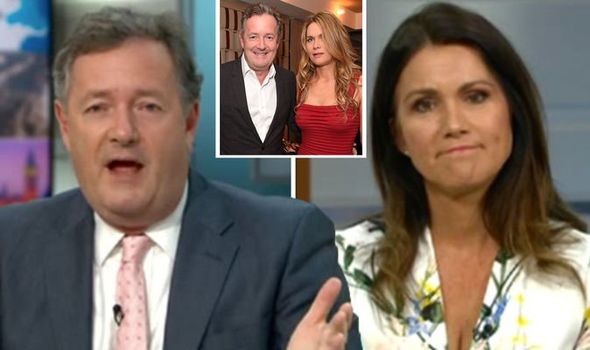 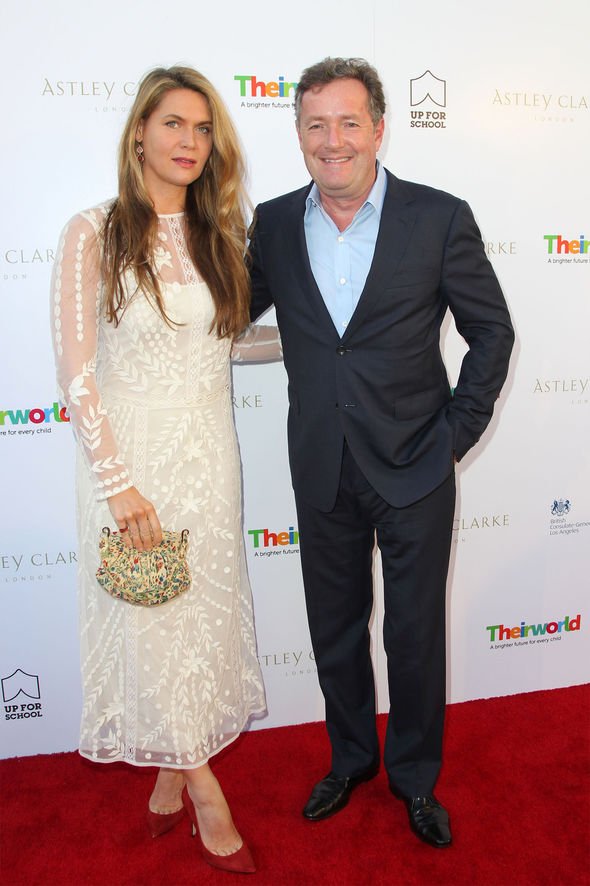 “Are you? What are you going to do, get a takeaway?” Susanna asked.

“Probably go to the kitchen, have a curry,” Piers joked before his co-host offered a suggestion.

“You could delay your celebration to July fourth,” she remarked.

Piers revealed he’d just had a text from his “favourite Spanish restaurant” to let him know he’s booked in for the Saturday it opens. 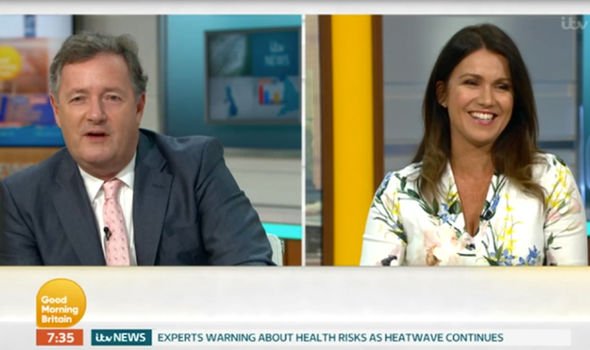 “July fourth I’ll be there, I don’t care if you come out in space suits, get the food and wine on my table,” he added.

Susanna then revealed the gift for a 10th wedding anniversary is diamonds and said: “Celia, you are going to strike lucky today.”

A picture of Piers and Celia flashed up on the screen as the GMB host remarked: “She is punching wow.”

Taken aback by the picture, Susanna asked if producers had photoshopped a beautiful woman next to Piers.

She then jokingly added how shocked she was to see the couple and claimed it was Piers who was “punching”.

“Has someone photoshopped a very beautiful woman into a picture of you,” Susanna remarked. “Honestly you are punching above your weight.”

Dismissing her comment, Piers said: “No, she got lucky, she knows it. She thanks her lucky stars every day, every single day. Well done Celia.”

“I’m glad I’m able to take him off your hands for a couple of hours every day,” Susanna quipped.

The GMB hosts then revealed they’ll be celebrating their own special anniversary later in the year.

Viewers were treated to a throwback clip from 2015 when Piers joined Susanna for their daytime slot permanently.

“Your life has never been the same,” Piers joked. “When’s our anniversary, it’s in November right?”

“Around the time of contract negotiations,” Susanna quipped and Piers asked: “Are you going to sign yourself up for more hell or you going to bail.”

“We shall wait till November,” Susanna coyly added.