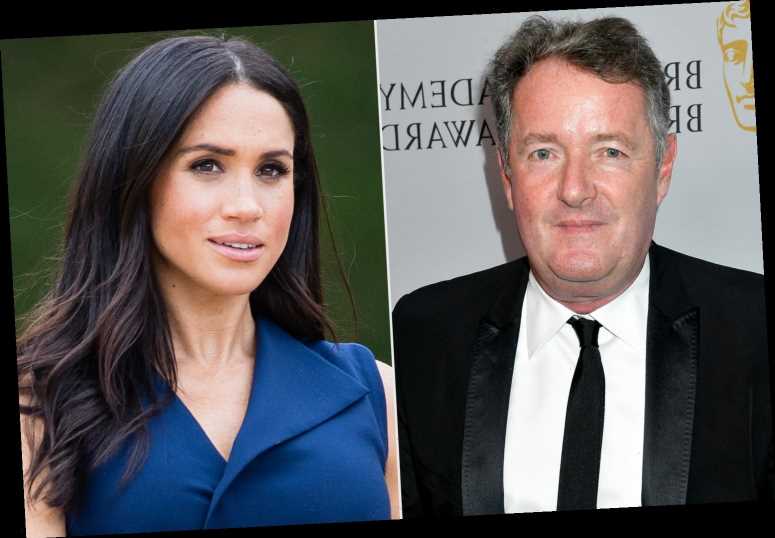 Piers Morgan is standing firm in his controversial remarks about Meghan Markle following his departure from Good Morning Britain.

Earlier this week, the TV personality, 55, made the decision to depart from the British morning news show after he received backlash for his comments about Meghan's recent interview with Oprah Winfrey. During his commentary, he questioned the Duchess of Sussex's legitimacy when it came to her discussing her mental health, which she opened up about in the interview with Winfrey.

Meghan made a formal complaint to ITV following Morgan's on-air comments regarding the issues of her mental health, PEOPLE has learned.

On Wednesday morning, Morgan said on social media that he continues to stand by his remarks and again questioned Meghan's authenticity in the tell-all interview that aired on CBS Sunday.

"On Monday, I said I didn't believe Meghan Markle in her Oprah interview. I've had time to reflect on this opinion, and I still don't. If you did, OK. Freedom of speech is a hill I'm happy to die on," Morgan wrote.

"Thanks for all the love, and hate. I'm off to spend more time with my opinions," he concluded the tweet.

Morgan's tweet was shared alongside a quote from Winston Churchill that read, "Some people's idea of free speech is that they are free to say what they like, but if anyone says anything back, that is an outrage."

On Monday's episode of Good Morning Britain, Morgan said, "I don't believe a word she says, Meghan Markle," adding, "I wouldn't believe it if she read me a weather report and that fact that she fired up this onslaught against our royal family, I think is contemptible."

He later attempted to clarify his comments on mental illness and suicide. Despite the efforts, U.K. media regulator Ofcom launched an investigation after more than 41,000 people — including Meghan — wrote in to complain, according to Variety.

Morgan's last straw occurred on Tuesday when co-host Alex Beresford told him, "I understand that you've got a personal relationship with Meghan Markle or had one and she cut you off. She's entitled to cut you off if she wants to. Has she said anything about you since she cut you off? I don't think she has, but yet you continue to trash her."

"Okay, I'm done with this, sorry, no, sorry … see you later, sorry, can't do this," Morgan said as he stood up and walked off the TV show set.

"Following discussions with ITV, Piers Morgan has decided now is the time to leave Good Morning Britain," ITV said in a statement. "ITV has accepted this decision and has nothing further to add."

Since the news of Morgan's departure from the morning show, several stars have spoken out in support of the former Suits actress.

On Tuesday, Jameela Jamil, 35, called out Morgan in a tweet, writing, "May we NEVER have to watch minorities have to go on mainstream news and have to *defend* their right to be treated with dignity and respect… ever again. All while being screamed over by this man." The actress went on to share that she had personally struggled with suicidal thoughts because of Morgan's actions.

"I almost killed myself a year ago because of Piers Morgan's relentless campaign of lies and hatred against me last February," she said. "I'm glad I'm still alive today for many reasons."

Community star Yvette Nicole Brown also called out Morgan on Twitter, writing, "Well looky-here! The whiny, toxic got fired! Turns out when you walked off set after being called out on your BS you could've just kept walking on home, huh @piersmorgan?Oh, you stepped down? Well, I don't believe you. See how that works? #TeamMeghan."