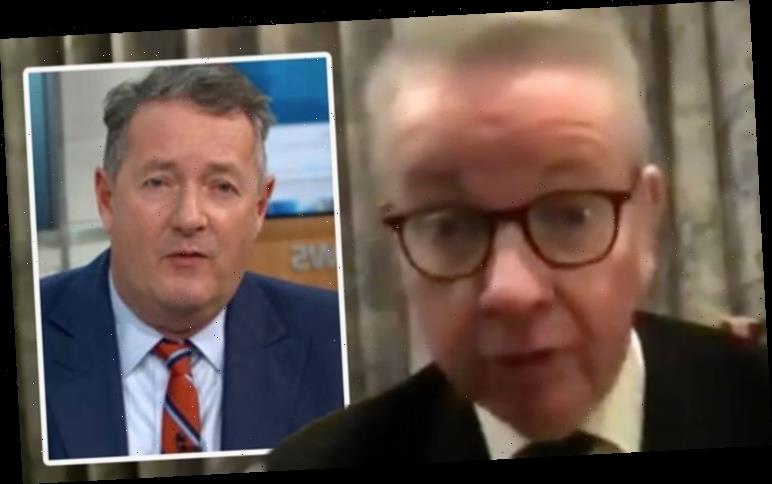 Piers Morgan slams Gove over delay in airport testing ‘Should have protected OUR borders!’

Piers Morgan, 55, and his co-host Susanna Reid, 50, were joined by Michael Gove, 53, to discuss many of the main talking points stemming from the Prime Minister Boris Johnson, 56, announcing a third national lockdown on Monday evening. With the conversation reflecting on vaccinations and school closures, the politician was also grilled on the reports people will now need to provide a negative coronavirus test before entering the UK. As the delay in airport testing became a key talking point, the Good Morning Britain journalist told the guest the Government should have done more to “protect our borders”.

Starting off the discussion, Morgan said: “I’ve been reading in the papers today that the Government is now going to make people take a test before they fly into the UK.

“And they have to be negative 72 hours or closer to their flight. Is that first of all true?” the presenter asked.

“We’ll be making announcements later today and in the days ahead about how our ports and airports are safe,” Gove replied.

“And it is already the case there are restrictions on people coming into this country and we’re stressing nobody should be travelling abroad.

“But I don’t want to preempt the specific advice,” he continued before the journalist interrupted him to voice the nation’s worry that airport tests were not done sooner. 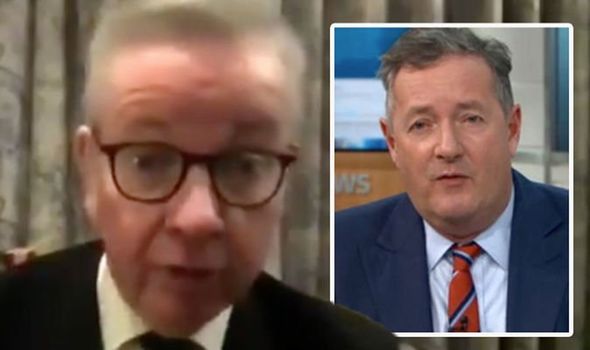 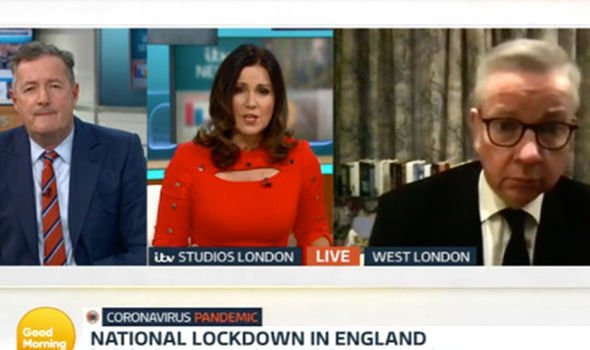 “Do you understand how there would be general incredulity if finally, nine months after this pandemic started, we bring in measures to control our borders,” Morgan declared.

“Given we have systematically refused to do this from the very start. At the height of the first wave, we let 20 million people come in without any testing programme for them.

“Without any requirement for a test, without any enforced quarantine – that’s gone on ever since and now finally, talk about horse bolted.

“We’re finally going to consider doing it and yet everyone we’ve interviewed about this for the last nine months has assured us there were scientific reasons not to do it.” 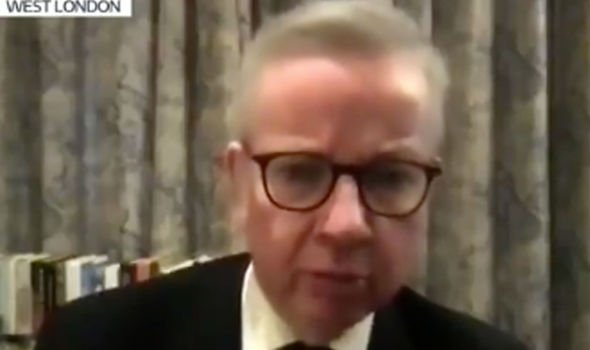 Michael Gove fails to confirm when UK lockdown will end

We should have protected our borders better

Morgan continued: “If you do now bring in a requirement to have testing before you get to this country, is that an acceptance by the British Government that you were simply wrong about this?

“That we should have had this requirement as almost every other country [has done]. We should have protected our borders better from the start.

“Because that’s what everyone is baffled by as why have we just allowed our island to just let anyone in without any real controls?”

Gove replied: “I refer to the experts on this and it is we have followed the advice on what the safest method is of how we can isolate and quarantine people.”

“But, of course, it is the case that as more evidence emerges about what the best thing to do is, we look at that,” the politician continued.

“It is the case that flights from particular countries at particular times have been restricted,” Gove explained.

However, Morgan wanted a Government minister to come back to the show later in the week to tell him how many people had been prosecuted from breaking quarantine since the pandemic began.

Taking to Twitter, those watching at home commented on the delays in airport testing that the presenter stipulated should have been brought in at the start of the last year.

One viewer wrote: “‘Later today and in the days ahead’. The first thing that came into his head. Better late than never. I have my doubts. Watch this space.”

Another added: “Why is this just happening when countries such as UAE were already doing this back in the first wave?”

A third commented: “Perhaps test them before they board a flight too to anywhere so we don’t take this strain across waters.”

Whilst a fourth remarked: “Should have been compulsory months ago,” with a fifth asking: “Why wasn’t this being done anyway?”

'The Challenge 36': Rookies Amber Martinez and Mechie Harris Had a Romance That Didn't Make the Show