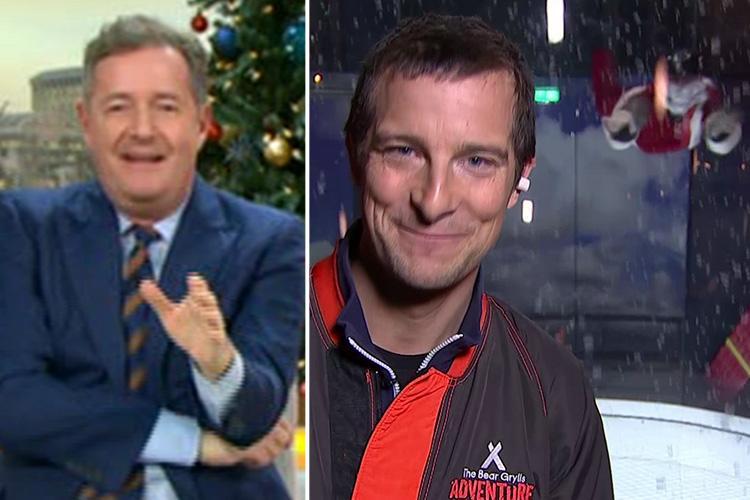 The TV presenter, 53, was left gobsmacked as he interviewed Bear Grylls, while a man in a Father Christmas suit did indoor sky diving him behind him.

Shocked, he blurted out “bloody hell” before quickly adding that he was sorry.

Kate Garraway, who was stepping in for Susanna Reid today, was surprised at  his slip up and joked that he needed his usual co-star Susanna to keep him in place.

Bear appeared on the show to talk about the role the Scouts has in the lives of youths – but those watching at home were father distracted by the Santa.

Piers' on air gaffe comes after his co-star Charlotte Hawkins revealed that Piers’ mum sometimes texts in to tell him off. 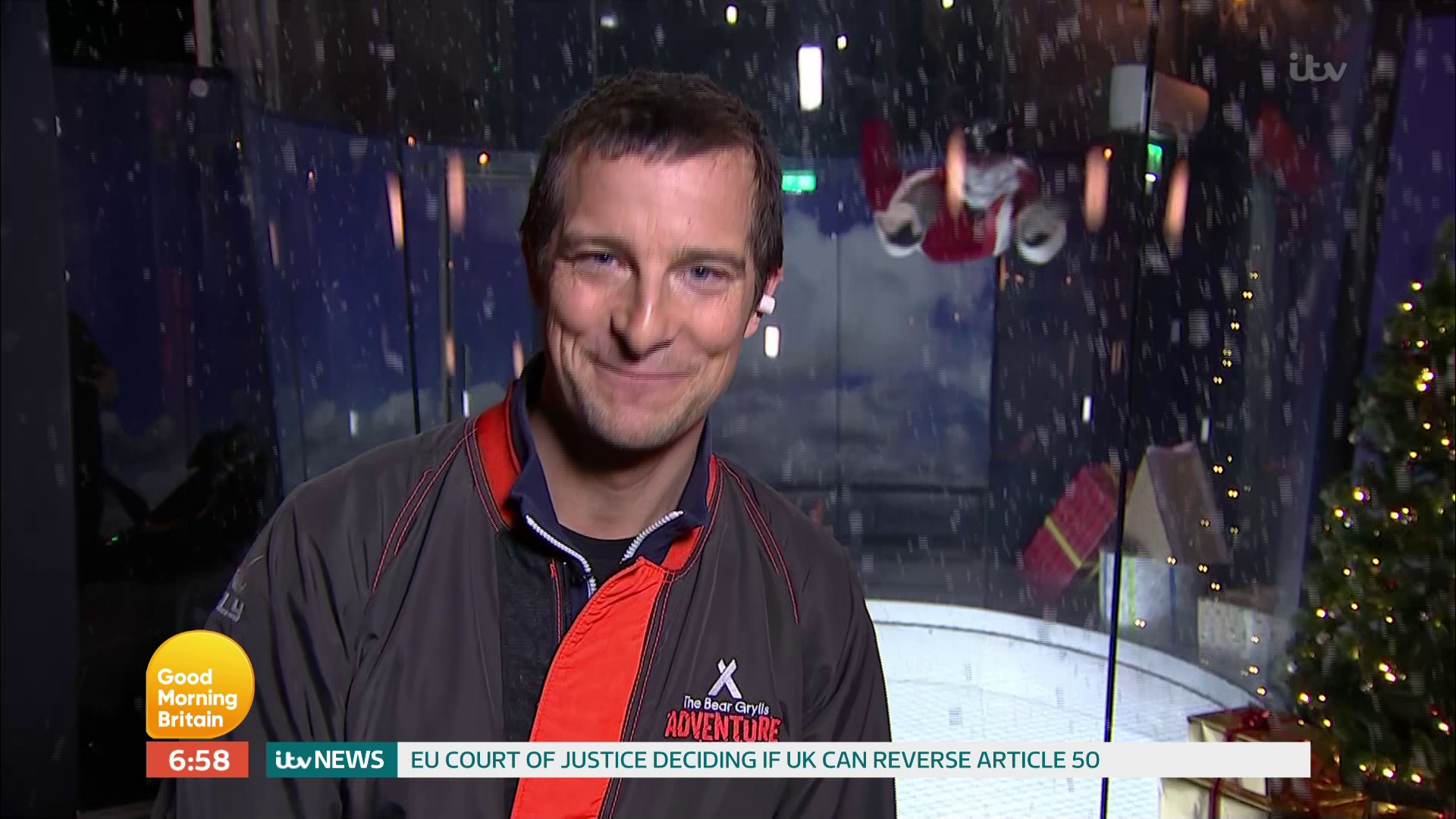 She told OK! Magazine: "From time to time, Piers will ask me if he’s taken it too far.

"But if he ever really upset me then he’d know about it straight away. Sometimes his mum texts him to tell him off for being mean to me!"

It wasn’t the first time Charlotte has talked about her fiery relationship with Piers.

In August she revealed that she "lost" it with her cheeky co-host after he continually interrupted her news bulletin. 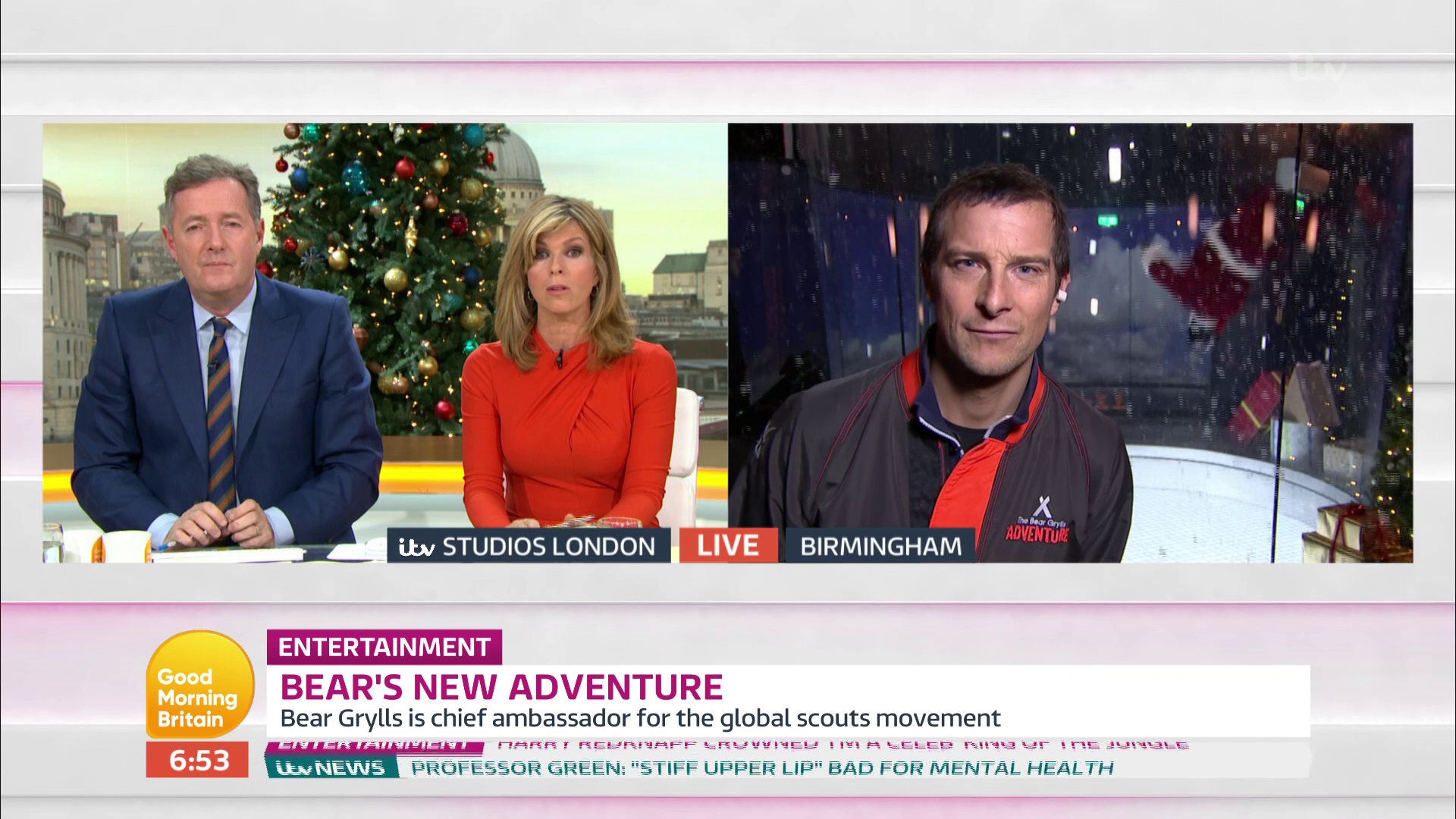 She told Woman & Home magazine at the time: "Just recently he was having a cup of tea and he kept putting it in front of my shot and blocking me out.

"It was driving me nuts, and it was driving the director nuts who told Piers to stop doing it. Then he did it one more time and I lost it. He's like a child."

Miami Miracle was calamity of Belichick and Brady errors

How old is Harry Redknapp? I'm A Celebrity's 2018 WINNER and former Spurs manager who once accidentally ran over his wife
World News