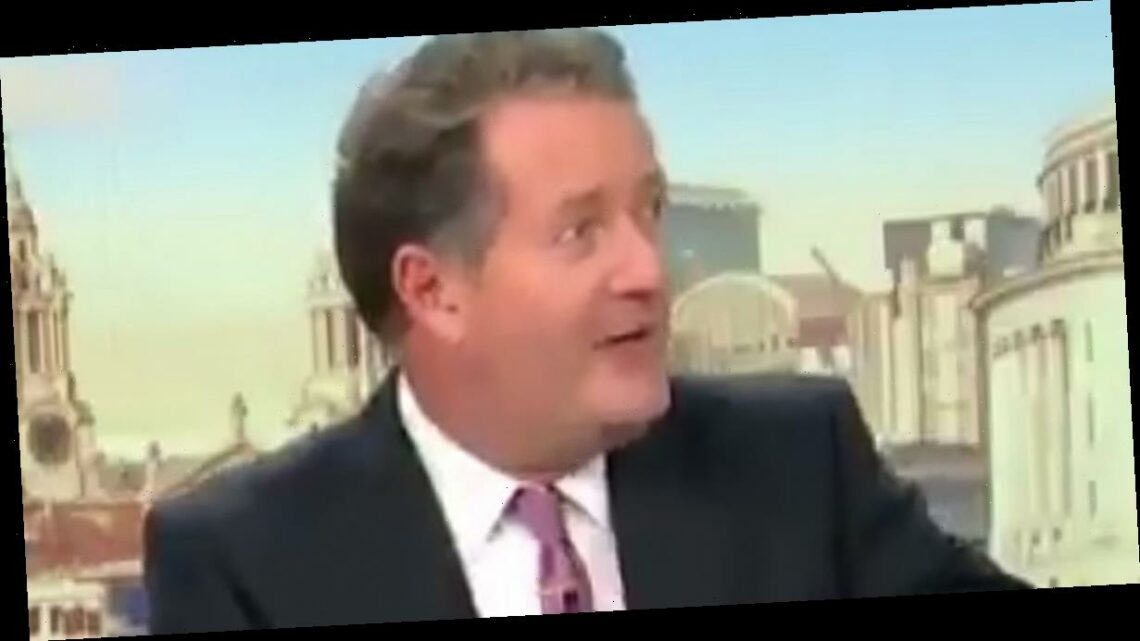 This week was a big week for Piers Morgan's career, as he stormed off Good Morning Britain in dramatic scenes and proceeded to step down from his role on the programme a day later.

Once the controversial star of breakfast television, the 55-year-old’s continued blasting of Meghan Markle to the nation went too far when he declared he didn’t believe the Duchess of Sussex during her interview with chat show host Oprah Winfrey.

Meghan, 39, said she had had suicidal thoughts during her time as a senior member of the royal family, which was the catalyst for her and Prince Harry deciding to step back and move to the US.

Piers entered into a row with Alex, 40, after he said he didn’t "believe a word she says", with the weather reporter calling him "diabolical".

As the tension escalated, Piers stormed off, before returning 10 minutes later to finish the show.

But with all eyes on their final spat on the programme, many viewers may have already forgotten it wasn’t so long ago the opposite took place.

Except when Alex had walked away from Piers’ jibes, the show’s host called him "a little drama queen".

In a clip from before the coronavirus pandemic and when social distancing took over the studio, Piers, who was fed up with the weather reports cutting into his airtime, sniped: "Why don’t you keep your boredom to yourself?

"Your job is the weather, right? Here’s your entire forecast. It’s gonna be hot all week, with a little bit of a thunderstorm."

Susanna Reid wondered if it was true, but an upset Alex sat there silently.

"If you have anything more to add, then let me know," Piers said bluntly, but Alex had had enough and walked out of the studio.

The group were laughing, as Susanna teased: "You’ve ruined it now, that’s what I was looking forward to."

But Piers continued to poke fun at his on-screen rival, saying: "Look at him the little drama queen.

"Go on off you go, it’s gonna be hot with a couple of thunderstorms."

Despite receiving chiding looks from his co-host and news reporter Charlotte Hawkins, Piers insisted: "Well there’s no need for him is there, what’s the point of him?

"It’s gonna be hot all week right, really hot," he then said directly to viewers at home. "So here’s the forecast. Hot all week with a few thunderstorms."

"Because she’s not as annoying as he is," Piers said simply, and Susanna joked it’s because he’s a "handsome" man in the corner of the studio.

Yesterday’s show was helmed by Susanna and presenter Ranvir Singh filling in for the unexpected slot after Piers quit, while today’s saw Kate Garraway return to the desk. It remains to be seen who will take over the former host’s role permanently.