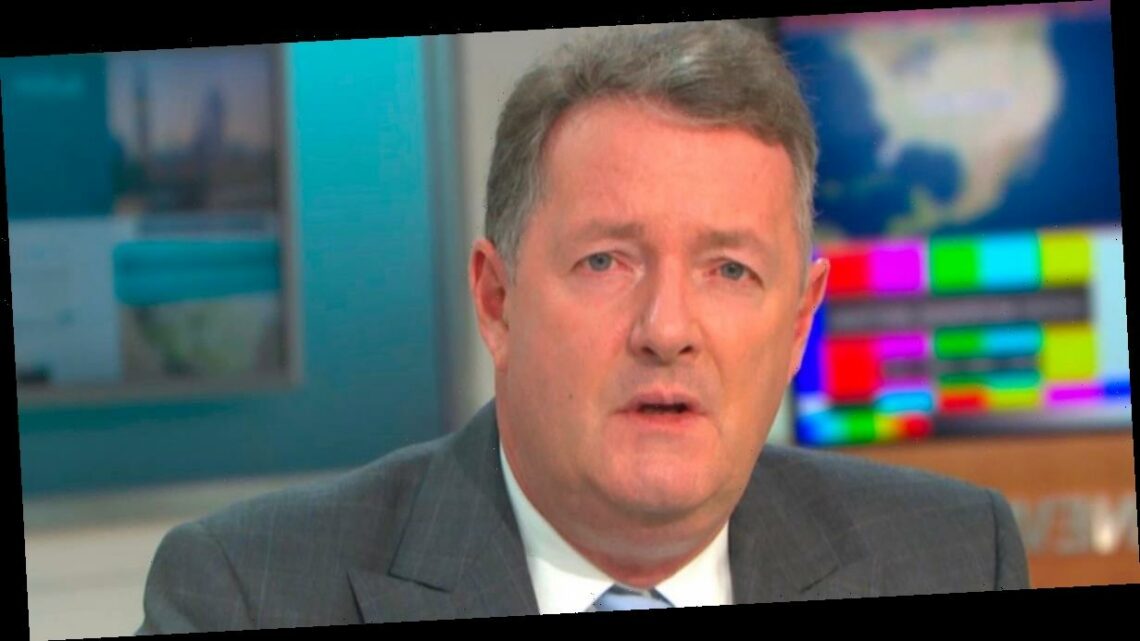 Piers Morgan is not one to hold back his opinions and he's fallen out with Loose Women star Nadia Sawalha after he slammed her co-star Denise Welch on Twitter.

The controversial Good Morning Britain presenter has clashed with Nadia after he branded Denise a "dumb and deluded coronavirus denier".

Piers locked horns with both Loose Women panellists after Denise, 62, appeared on This Morning on Friday where she argued the public needs to stop scaremongering when it comes to Covid-19.

After watching Denise on the ITV daytime show, Piers, 55, took to Twitter where he called the former Coronation Street actress "dangerous".

He penned to his 7.4 million followers: "Dumb, deluded and dangerous Covid-deniers like Denise Welch need to stop being given airtime.

"Her idiotic, ill-informed ramblings – from a woman who never stops telling us that she suffers from mental illness – will cost lives by persuading people to think the virus isn’t a threat."

Denise quickly fired back at Piers' tweet: "Please ask Mr Morgan to show me one tweet, one interview where I have denied Covid?

"He doesn’t want to be telling complete and utter lies with such a huge following. Seriously."

Former Eastenders star Nadia, 55, then jumped in to defend her pal Denise.

"I genuinely hope that neither @piersmorgan nor anyone he loves ever has to endure the pain of struggling with their mental health … sending you the biggest of hugs @RealDeniseWelch a damn fine woman is what you are," she posted.

Piers snapped back: "If I had a loved one suffering from mental illness, I would stop them going on TV to spout ill-informed nonsense about Covid no longer being a serious threat."

Nadia replied: "What's frustrating is when people's opinions are dismissed or rubbished on the rounds of mental health issues alone – it's a slippery slope.. have the argument @piersmorgan.. just don't attack on such a personal level.. Can you not be better than this? @RealDeniseWelch."

Former newspaper editor Piers responded: "Have you read or heard the torrent of abusive crap Ms Welch aims my way? If you don't want it back, don't dish it out. And if you do dish it out, don't hide behind 'mental health' when people respond."

The trio’s explosive argument kicked off after Denise’s impassioned speech on This Morning.

The former Waterloo Road said: "I have been shocked and appalled by the way the Government and indeed, our media, have represented this virus to people.

"Basically, for five months now, we’ve had a rolling death count every day.

She added: "If we have a Government who can snap their fingers and put us into lockdown, have the decency to explain why and explain the testing."