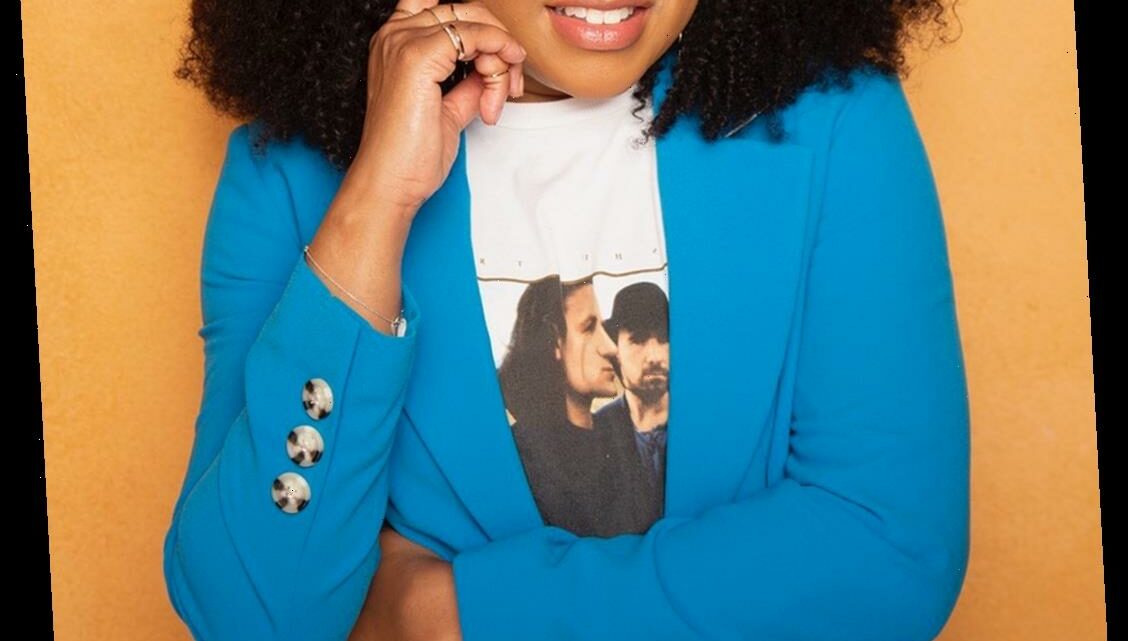 Phoebe Robinson Says Allies ‘Should Be Buying Black Throughout the Year’ Phoebe Robinson, one half of the genius comic duo 2 Dope Queens, stopped by :Blackprint’s #NoFilter, a weekly Instagram Live series by Meredith’s Black Employee Resource Group. Among other things, Robinson spoke about her new production deal with ABC Studios, increasing diversity within the industry and the upcoming election.

When asked about her latest podcast, Black Frasier, Robinson told PEOPLE magazine publicist Paula Ngon how the name came about. "I had never seen Frasier, but my boyfriend loves Frasier. I think we were both just joking around, [saying] ‘I'm a Black Frasier.’ I'm always just doling out advice," she explained.

Robinson was clear about the guests she wants to bring to that audience. “I really just want to pick people who I think are putting out positivity in the world — are doing something other than just being famous. They [must] have something to say,” she said. She also gushed about her first guest, Tracee Ellis Ross, admitting, "I was truly freaking out that she was doing it.”

Always hard at work, the actress, comedian and New York Times bestselling author recently signed an overall deal with ABC Studios to launch a production company called Tiny Reparations. Robinson wants to stay mindful of how much diversity is in the room when pitching projects.

“My head of development Jose and I, when we pitch stuff, a lot of times we’re pitching to white executives," she said. "If the art department's all white, if marketing is all white, the executives are all white, it's like what fighting chance are these shows actually going to have? In order for this to have long-term change, they need to be grooming people from the ground up who are from diverse backgrounds.”

As Robinson is currently working on a new book project due out in 2021, she made sure that Tiny Reparations also extends into publishing. “I think my biggest goal right now is that one of the authors I publish get number one on The New York Times Bestsellers List. I think that would be so cool to help someone do that," she said.

Phoebe is pleased that Black projects are seeing the light of day and Black businesses are being supported, but doesn’t want it to stop there.

“I think it's great that more shows are being green lit and people are buying Black and all those things. I always stress to people you should be buying Black throughout the year," she said. "We're not just for February, we're not just for when a Black person gets murdered and you feel bad. Especially when companies and brands pull so much from Black culture. We have influenced so much, so it's like pay me, give me equity. That is what we want. We want respect, and we want to be able to make a living off the work that we're doing.”

Robinson also openly talked about her white, U.K.-born boyfriend and shared how they speak about Black issues.

“I think there are a couple of things that I really appreciate. There'll be a lot of times where he's like, ‘Oh, I didn't know this about Black culture.’ And then he goes and does the research. And then if he wants to talk about it, we're not having 'this-is-what-Black-is 101' conversations. We're having actual nuanced conversations," she said. "And I think what has been so wonderful about him is he's not doing this because I'm forcing him. I'll just hear him on the phone with his mom or with his friends in the U.K. He'll correct them about stuff.”

With the Joe Biden/Kamala Harris Democratic presidential ticket recently announced, Robinson shared her thoughts on the upcoming election. “I think my biggest concern is I want people to vote. I think it's understandable to feel frustrated by the system and to feel like nothing works, everything's broken," she said. "But I think we have to understand that voting is not the end of where we participate, it's the beginning.”

For more, watch the :BLACKPRINT #NoFilter live interviews every Wednesday on Instagram at 5 p.m. ET.

Street mural painted for Cannon Hinnant, 5, who was shot dead on his bike 'by a neighbor' – as donations top $700K
World News