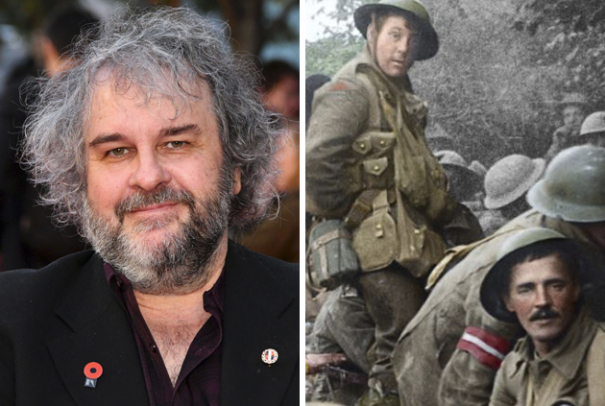 Fathom reports that They Shall Not Grow Old was their largest event year-to-do date at the B.O. out of 160, their largest documentary ever and the fourth largest event of all-time at the domestic B.O. Cineplex Event Screens showed the doc in Canada.

Fathom will show Jackson’s doc again in 800 locations for two shows on Dec. 27. Warners will then open They Shall Not Grow Old in New York, Los Angeles and Washington, DC, on Jan. 11, with plans to expand to the top 25 markets on Feb. 1, Super Bowl weekend.

Unfortunately, the movie isn’t eligible in Oscar’s Best Documentary category for this year because they missed the Oct. 1 filing deadline. They Shall Not Grow Old also doesn’t qualify for next year, so this is a pure admirable passion play for Warner Bros. on behalf of their Lord of the Rings and Hobbit guy Jackson.

Deadline exclusively reported Warner Bros.’ acquisition of the doc back in October. Jackson teamed with the Imperial War Museums several years ago and began production. Similar to how Dunkirk was an important topic for British director Christopher Nolan as his grandfather was a WWII vet, so is WWI for Jackson and his partner Fran Walsh: Jackson’s British grandfather fought in WWI, as did Walsh’s uncle.

They Shall Not Grow Old mixes previously unseen footage and audio recordings from the Imperial War Museums’ film archives with state-of-the-art technology that includes colorized and sharpened images converted to stereoscopic 3D. Jackson went through 100 hours of footage and 600 hours of BBC archive audio from British soldiers. What the Lord of the Rings Oscar winner has created here is an immersive experience whereby the British soldiers, who fought in WWI 100 years ago, provide the voiceover narrative in the film. They Shall Not Grow Old is currently 98% certified fresh on Rotten Tomatoes.