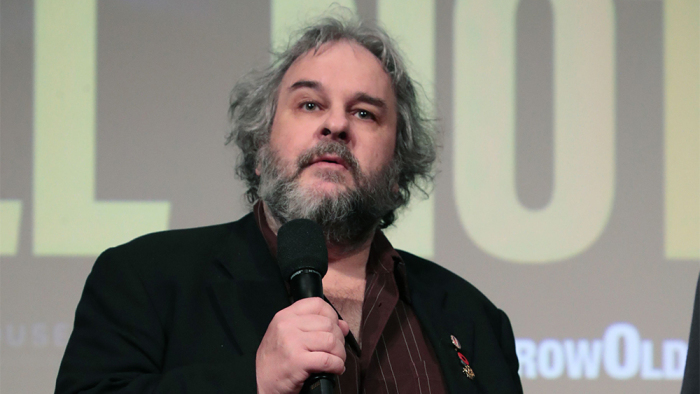 Peter Jackson remains a bit astounded at his transition four years ago from the Shire of Middle Earth to the French battlefields of World War I.

Jackson introduced his documentary “They Shall Not Grow Old” Friday night at the Linwood Dunn Theatre in Hollywood, four weeks after it aired on Armistice Day on the BBC. He explained that the project originated in 2014 at the London premiere of “The Hobbit: The Battle of the Five Armies.”

“The people at the imperial War Museum asked me if I could do a movie for the centennial of the Armistice and four years seemed like a long time — easy,” he recalled. “They wanted me to use their footage and use it in a fresh and original way.”

Jackson and his collaborators at WingNut Films spent several months pondering how to proceed and decided that they would use the voices of the actual British soldiers.

“We thought the only people we should hear were the ones who fought the war,” he noted. “The BBC had recorded a lot of guys in the ’60s and we had 600 hours of interviews. So you’re going to hear the voices of 120 men.”

That also meant employing forensic experts who could lip read what the soldiers were saying in the footage and duplicating the sounds in the restored and colorized footage — all the footsteps and gunfire.

Jackson recited part of Laurence Binyon’s poem “Ode of Rememberance,” including the lines, “They shall grow not old, as we that are left grow old: Age shall not weary them, nor the years condemn. At the going down of the sun and in the morning, We will remember them.”

“We thought that changing it to ‘They shall not grow old’ was a little more modern,” he said. “I’m not a historian, so there’s no mention of how the war began. It’s not the story of the war, it’s the story of the humans.”

Jackson concluded his intro by urging viewers to ask members of their own families about World War I. “You folk are the great-grandsons of the people who fought this war, so I hope you ask questions of your own family,” he said.

Fathom Events has partnered with Warner Bros. Pictures for screenings of “They Shall Not Grow Old” to U.S. theaters on Dec. 17 and Dec. 27. The film was commissioned by 14-18 NOW, the U.K. arts program for the First World War centenary, and the Imperial War Museum, in association with the BBC.

Peter Jackson first got asked to work on “They Shall Grow Old” in 2014 pic.twitter.com/nmjvHqUVRg