Home » TV & Movies » Pauly D and Nikki Hall are back together — Will she appear on Jersey Shore Family Vacation? 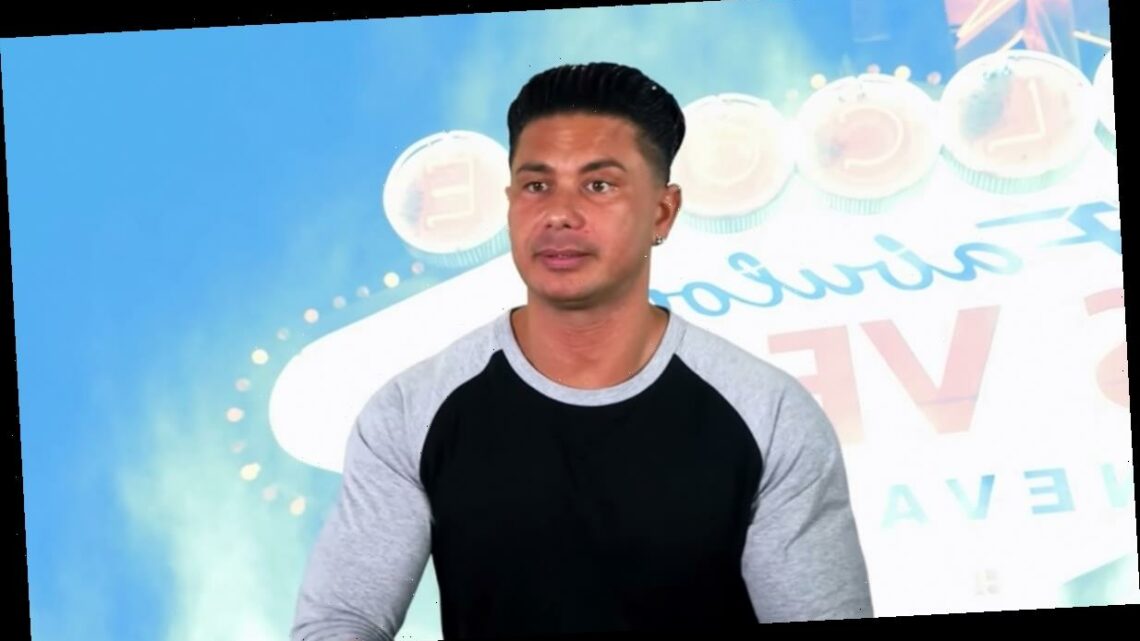 Pauly D and Nikki Hall are back together — Will she appear on Jersey Shore Family Vacation?

Pauly “DJ Pauly D” DelVecchio and his Double Shot at Love costar Nikki Hall are back together, and fans are dying to know – will she appear on Jersey Shore Family Vacation?

Despite sending Nikki home during the finale of Double Shot at Love season 1, Pauly had an opportunity to make amends while filming season 2 in Las Vegas.

Tension surrounded the couple at the beginning, but Pauly and Nikki were able to work through their differences and rekindle their relationship.

Last week, the Double Shot at Love virtual reunion revealed that Pauly and Nikki are now living together.

Nikki tweets about her relationship

Nikki took to social media displaying a meme on her Twitter with the caption, “How it Started…How It’s Going”.  The post highlighted Pauly’s change of heart from “I’m riding solo” in season 1 to “I gotta ride for my boo” during the season 2 reunion. 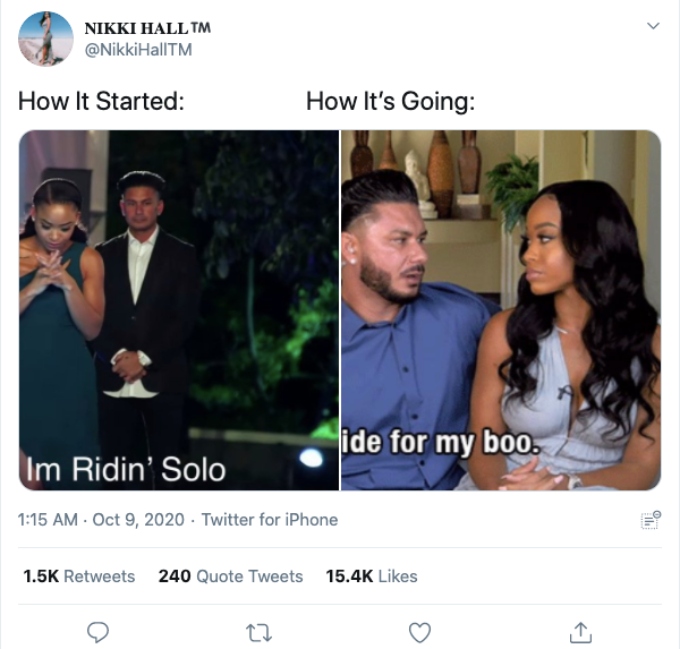 Fans expressed their support for the couple on Nikki’s Twitter page.  One fan wrote, “Beautiful love story . I’m so happy for the both of you. Wishing y’all the very best”.

Some fans are hoping for wedding bells. “I’m overwhelmed with happiness for y’all hope y’all last, get married and have some kids,” one commented.

Season 4 of Jersey Shore Family Vacation appears to be underway as evidenced by cast members and their social media posts.

Mike “The Situation” Sorrentino shared a photo to his Instagram with the caption “ITS HAPPENING #jsfamilyvacation4” as he and wife Lauren boarded a jet. 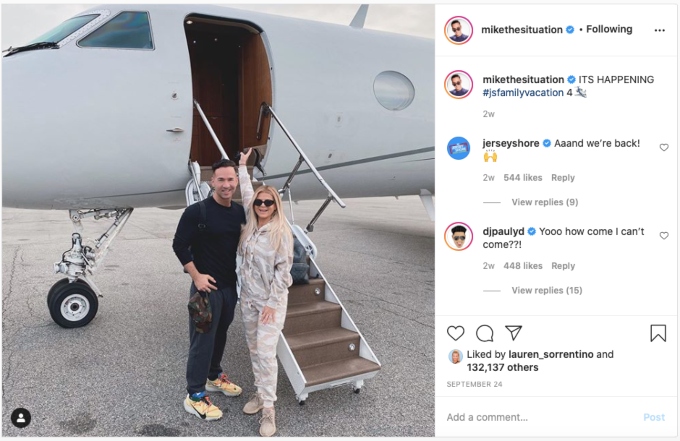 Mike wasn’t the only one with his significant other in tow- Deena Cortese and her husband, Chris Buckner, were also seen in social media photos boarding flights.

Will Nikki make an appearance on Jersey Shore Family Vacation?

As cast members of Jersey Shore Family Vacation are traveling alongside their spouses, fans are wondering whether Nikki will make an appearance with Pauly in season 4.

Aside from his entertaining bromance with best friend and Double Shot at Love co-star Vinny Guadagnino, Pauly has never brought anyone he’s seriously dating to be with him on the show.

With their romance heating up, it’s possible that Pauly could be planning to take his relationship with Nikki to the next level by introducing her to his Jersey Shore family.

Jersey Shore: Family Vacation documents milestones for the cast including baby showers, engagements, and weddings.  Will an engagement be in the cards for Pauly and Nikki?

Jersey Shore: Family Vacation is currently on hiatus but is expected to return to MTV in 2021.