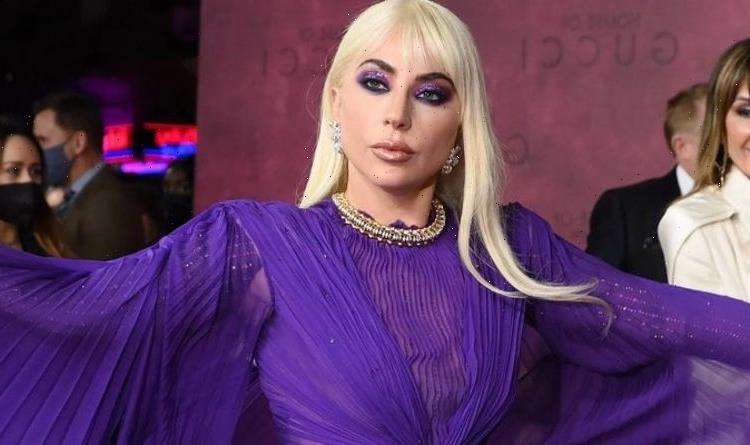 The 72-year-old’s life is being portrayed by Lady Gaga in Ridley Scott’s new film, ‘House of Gucci’, which is released later this month. Gaga will discuss her performance as the Italian socialite on ‘The Graham Norton Show’ tonight. The singer has already proved her acting credentials, receiving both a Bafta and an Oscar nomination for ‘A Star Is Born’ three years ago. Joining her as she chats to Graham will be Josh Gad, Nadiya Hussain, Will Smith, with music from Rod Stewart.

Gaga has said she found Patrizia’s life “fascinating” and that her “strength” had stayed with her.

Patrizia, the fashion world’s “Black Widow” – as she was dubbed by the Italian press after her husband’s murder – had a humble upbringing in Vignola, northern Italy.

Her part in the Gucci story began in 1970, when at a party she met Maurizio Gucci, the heir to the Gucci empire.

Maurizio – played in the film by Adam Driver – was the grandson of Guccio Gucci, who founded the fashion house as a leather goods store in Florence in 1921.

He and Patrizia tied the knot in 1972, the same year Maurizio moved to New York to work for his uncle, Gucci’s chairman, Aldo.

JUST IN: Sylvester Stallone Rocky IV: ‘Dolph Lundgren almost killed me, I was in intensive care’

Maurizio took control of Gucci from his uncle and sold his shares in the company to an investment firm in Bahrain.

Patrizia, who was known for her glamorous lifestyle, was incredibly unhappy at Maurizio’s handling of financial matters.

By 1985, the couple’s marriage was in trouble, and they eventually divorced in 1994.

The following year came the moment that defined Patrizia’s life, as she ordered a hitman to kill her ex-husband.

After being arrested over his murder in 1997 she was convicted and handed a 29-year prison sentence.

Her sentence was reduced to 26 years on appeal and after languishing in prison for 16 years, she was released on parole in 2014.

As part of her parole conditions, she was required to find a job and was eventually employed as a design consultant by Milanese costume jewellery company Bozart, where she has worked since April 2014.

Soon after her release from prison, a film crew followed Patrizia and pressed her about her husband’s killing.

A reporter asked: “Patrizia, why did you hire a hitman to kill Maurizio Gucci? Why didn’t you shoot him yourself?”

She replied: “My eyesight is not so good. I didn’t want to miss.”

In 2016, Patrizia opened up about her lengthy spell behind bars in an interview with the Observer.

She said: “I think I am a very strong person because I survived all these years in captivity.

“I slept a lot. I took care of my plants. I looked after Bambi, my pet ferret.”

Patrizia’s jail time was a world away from the extravagance and wealth she used to flaunt while married to Maurizio.

She had a reputation as a socialite in New York City and was known to rub shoulders with the likes of Jackie Kennedy Onassis, the former first lady of the United States.

Speaking about Maurizio, she told the Observer: “We were a beautiful couple, and we had a beautiful life, of course.”

However, she added that her former husband went “crazy” after the death of his father, Rodolfo Gucci in 1983.

She said that, as Maurizio wrestled control of the business from his uncle, she was also pushed aside as her husband’s chief adviser on all things Gucci.

She added: “He wanted to be the best, and he stopped listening to me.”

Various motives have been put forward as to why she had Maurizio murdered, including that she was jealous of his new girlfriend.

However, Patrizia’s fury at her husband for “selling out” and her loss of involvement with the Gucci brand, have also been cited as potential reasons.

‘The Graham Norton Show’ is on BBC One tonight at 10:35pm.
Source: Read Full Article

The Cinderella myth we can’t quit