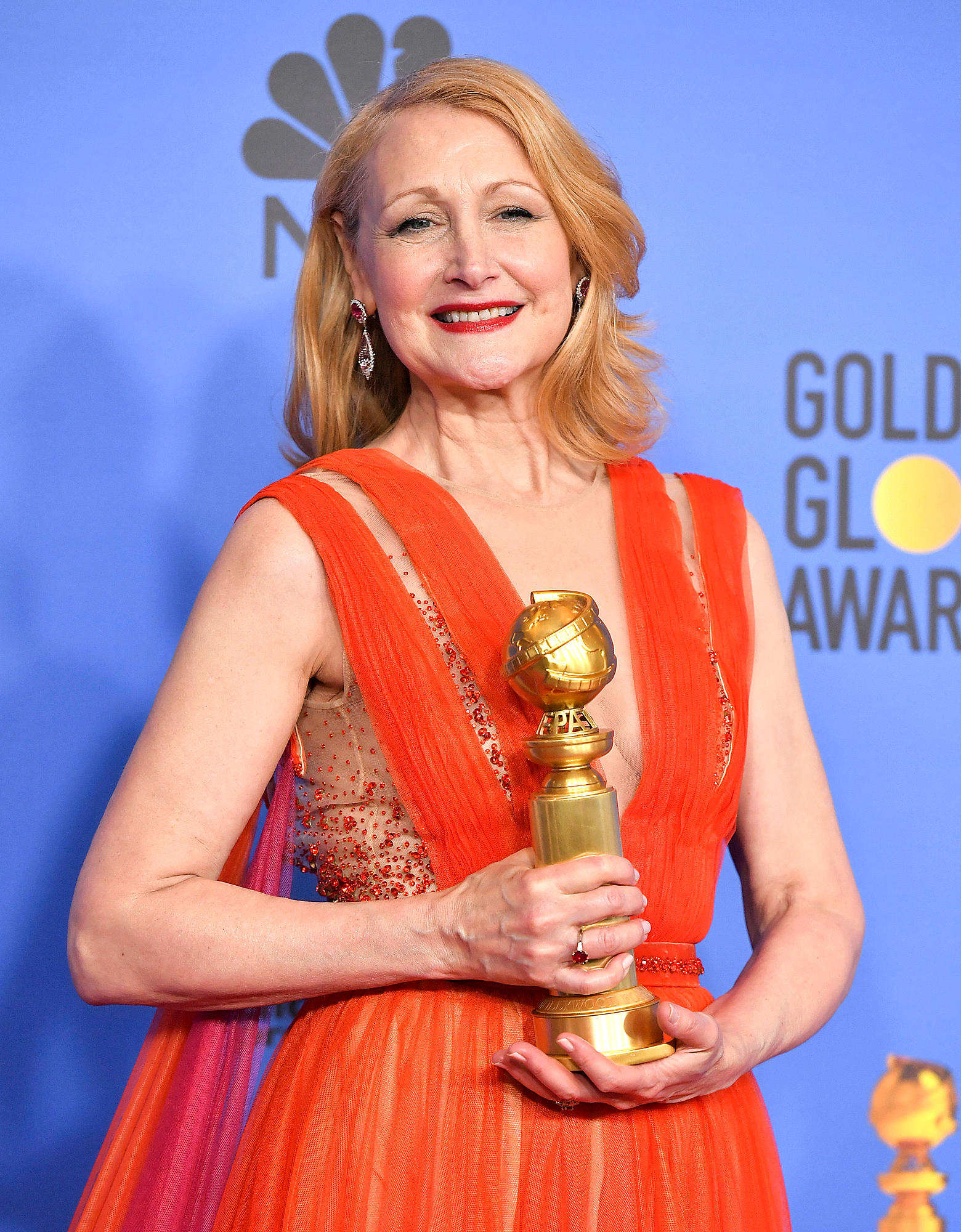 Patricia Clarkson Was Superstitious Before Golden Globes Win: ‘I Won’t Let Anybody Say Anything’

Patricia Clarkson took home her first Golden Globe on Sunday night, and it could all be thanks to her superstitious tendencies.

The actress, 59 — who starred in HBO’s Sharp Objects as Amy Adams‘ vicious mother — revealed some of her awards show rituals to reporters in the press room after winning best supporting actress in a series, miniseries or motion picture for TV.

“I won’t let anybody say anything about winning, and if they do I make them turn around three times and spit,” she told the room. “I swear to God.”

Can’t get enough of the Globes? Check out our full Golden Globes coverage for the latest news, fashion and more.

The Six Feet Under alum also discussed working on the show based on Gillian Flynn’s book of the same name, and the anticipation of her second Globes nomination. (She was previously up for best supporting actress in a motion picture in 2004 for her performance in Pieces of April.)

“Working on Sharp Objects, I had the most wonderful group of people around me. I feel I’ve won for everybody. I’m here tonight to celebrate Sharp Objects,” she began. “It’s exhausting! It is extraordinary.”

The Emmy winner then talked about her dress — an orange-ombre Georges Chakra number — and how she planned to celebrate her win.

“This is the first dress I saw and I picked it. I was superstitious. I saw it for something else. I didn’t know if I’d be nominated, but I’ve had this dress for a while,” she explained in the press room, adding, “[I’ll] have a little more champagne, and call my mom and dad … [I’m] looking forward to celebrating at the HBO party first and foremost.”

RELATED: Golden Globes 2019: Check Out the Complete List of Winners!

Clarkson beat out fellow nominees Alex Borstein of The Marvelous Mrs. Maisel, Penélope Cruz of The Assassination of Gianni Versace: American Crime Story, Thandie Newton of Westworld and Yvonne Strahovski of The Handmaid’s Tale to win her Globe.

“Hot damn,” Clarkson said in her acceptance speech at the Beverly Hilton in Beverly Hills, California. “It’s a privilege to be here tonight.”

She also expressed her gratitude for Adams, who earned a nomination for her leading role on the HBO show, along with its director Jean-Marc Vallée.

“You demanded everything of me except sex, which is exactly how it should be in our interest,” Clarkson said of Vallée while accepting the honor.

After also thanking her other costars and friends, Clarkson dedicated the award to her parents.

“This really is for my extraordinary mother and father,” she concluded. “And I share this with you mom and dad, in New Orleans. Cheers!”

Last year, the award went to Nicole Kidman for her portrayal of Celeste Wright in HBO’s Big Little Lies.

Manitobans lacing up to represent Canada in speed skating internationals

As Manhattan’s Chinatown Changes, Food Vendors Keep a Bit of the Old With the New
World News