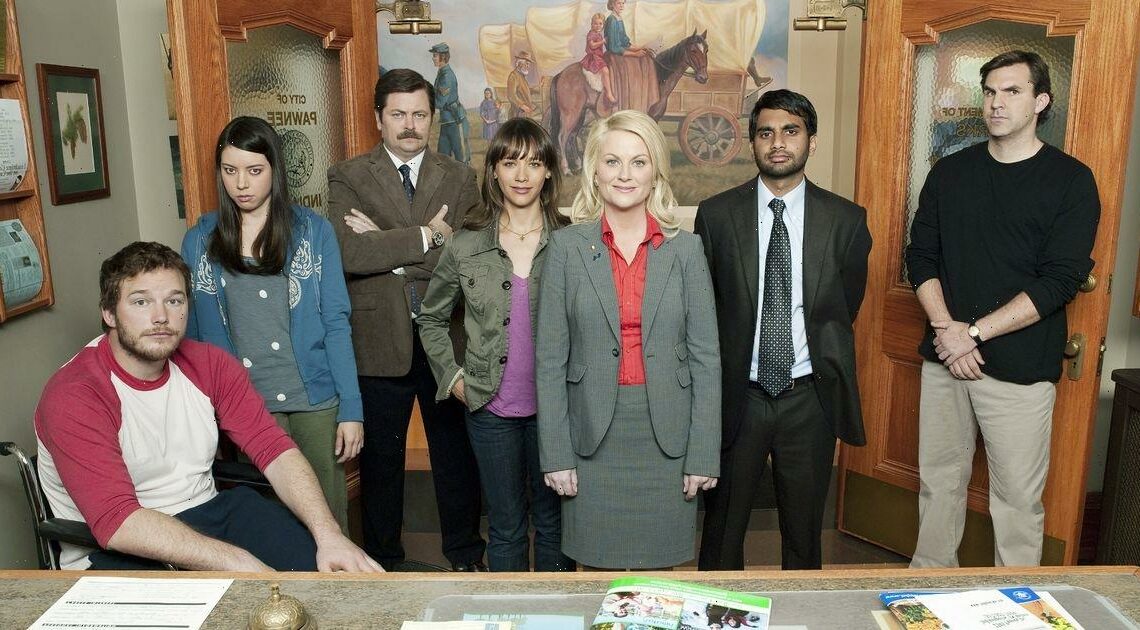 Parks and Recreation cast now – death aged 30, Me Too backlash and LGBTQ row

Following a critically acclaimed seven-season run on NBC, the smash hit comedy Parks and Recreation saw a string of hilarious characters mull their way through life as a government employee at their local park department HQ.

Each member of the cast has gone on to forge hugely successful careers both in acting and comedy, with some taking on some of the biggest roles in Hollywood.

The show and its cast earned Emmy, Golden Globe and Screen Actors Guild Awards nominations, but despite its success, the show left fans devastated when bosses called it quits in February 2015.

As celebrate show star Chris Pratt's 43rd birthdays, let's take a look at what everyone has been up to since the show wrapped, from sex symbol status to a major Me Too movement fall out.

After moving on from her local government role as lovable Leslie Knope, Amy continues to make her mark on the big screen starring in a string of TV and movie hits.

She currently serves as co-host of NBC's craft competition series Making It with her fellow Parks and Rec alum Nick Offerman.

He played miserable government worker Ron Swanson and now the actor has taken a character U-turn with his current role as Alex Garland's FX on Hulu miniseries Devs.

He also recently traded in his flannels and woodworking as Ron Swanson to play a similar version of himself in The Good Place's series finale.

Over the past few years, he's racked up many acting and voiceover credits in shows and films such as Bob's Burgers, The Lego Movie 2: The Second Part and Will & Grace.

In addition to his busy screen career, Offerman put out a book with his wife Megan Mullally, The Greatest Love Story Ever Told, in 2018

After wrapping up his role as Tom Haverford, Aziz tried his hand at creating, directing with his Netflix series Master of None, in which he also starred.

Similar to his colleague Nick Offerman, Aziz also voiced a character on Bob's Burgers when he took on the role of Darryl.

Aside form his success as and actor and a stand up comic, Aziz found himself mired in controversy during the #MeToo movement in 2018 when a woman accused him of sexual misconduct.

After spending some time away from the spotlight, he came back with his own Netflix comedy special Aziz Ansari: Right Now in 2019 in which he addressed the issue, saying: “I’m sure that some of you are curious how I feel about that whole situation.

He played the perfect boyfriend-turned-husband of Leslie Knope but has since taken on roles that are exact opposite of Ben Wyatt in his biggest post-Parks gigs.

From playing a much more realistic version of a husband on Big Little Lies to an actual demon on The Good Place, Scott also appeared on The Twilight Zone reboot, I'm Sorry, I Love You America, and Ghosted.

Perhaps the biggest breakout star from the show, Chris Pratt has cemented himself as a Hollywood A-lister and sex symbol starring in some of the biggest movies of the decade.

He recently voiced one of the lead roles in Pixar's Onward and joined cast mate Nick Offerman voicing a character in The Lego Movie 2: The Second Part as lead character Emmet Brickowski.

The 43-year-old wed Katherine Schwarzenegger in 2019 after his 2017 from actress Anna Faris, with whom he shares son Jack.

The couple welcomed their first daughter, Lyla, in 2020.

The duo announced in December 2021 that they are expecting their second child.

As his career took off, Pratt was embroiled in a couple of personal controversies, including drawing flak for his affiliation with Hillsong Church, whose executives made homophobic comments and dubbed homosexuality a sin.

Pratt claimed that Hillsong Church was not anti-LGBTQ+, stating that the church "opens their doors to absolutely everyone."

He also distanced himself from Hillsong Church stating that his faith was important to him but saying that his church doesn't define him or his life.

After years of playing sarcastic and cynical teen April Ludgate on the hit series, Aubrey Plaza has stayed busy with many TV shows and films once Parks and Rec wrapped.

She recently reprised her role of Cat Adams on Criminal Minds and starred in the drama thriller Black Bear. Fans may also remember her for her lead role in comedy flick Dirty Grandpa, as well as serving repeat performances on Comedy Central's Drunk History.

Hollywood hunk Rob Lowe traded in Chris Traeger's uptight, OCD character for a cowboy hat when he appeared in 9-1-1: Lone Star after Parks and Rec ended.

He’s since made appearances in holiday films with Netflix's Holiday in the Wild and The Knight Before Christmas.

The 58-year-old married father-of-two recently voiced Simba in The Lion Guard and has starred in hits such as Wild Bill and Super Troopers 2.

Lowe is also the current host of Fox's game show, Mental Samurai. Lowe has been very open about his struggles with addiction in the past, telling people Magazine: "Up until I turned 26, I spent all my time investing in my career.

"From 26 on, I've invested in me; my spirituality, my recovery, my marriage, my family. A lot of it has been, excuse me, f—ing hard. And no one has a perfect life… but I'm grateful for all of it." The co-executive producer and writer for the NBC comedy was pivotal to the show’s success from both behind and in front of the camera.

As well as his comedic script-writing and producer credits, Harris occasionally starred in various guest spots, including an appearance as a stoned pest control man which became a recurring skit.

Sadly, the talented star died in 2015 just days before the show’s final episode was set to air.

The Los Angeles Police Department said that Wittels was found at home by his assistant. He was just 30 years old.

Friends and colleagues including Seth Meyers paid tribute to Wittels on Twitter.

The Family Guy actor said at the time: “Such heartbreaking news about Harris Wittels. A really funny guy.”