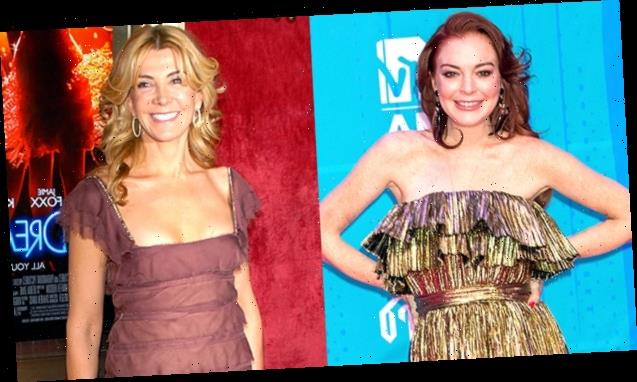 ‘Parent Trap’ Reunion: Lindsay Lohan Remembers Natasha Richardson — She Was ‘So Maternal’ To Me

‘The Parent Trap’ cast reunited 22 years later, and the cast fondly remembered their co-star, the late Natasha Richardson. Lindsay Lohan raved about Natasha’s ‘elegance’ and said she was ‘so maternal’ on set.

It’s been 22 years since The Parent Trap hit theaters, and it remains one of the most beloved family films. Lindsay Lohan, 34, and her co-stars Dennis Quaid, 66, Elaine Hendrix, 49, Lisa Ann Walter, 56, and Simon Kunz, 58, along with director and writer Nancy Meyers, 70, and co-writer and producer Charles Shyer, 78, reunited on Instagram Live with Katie Couric, 63. The cast reflected on the movie and their late co-star Natasha Richardson, who tragically passed away in 2009 at 45.

“Natasha had such an elegance and grace,” Lindsay, who played Natasha’s onscreen daughters Hallie and Annie, said during the reunion. “She was so maternal to me.” Dennis, who played Nick Parker, Lindsay’s onscreen dad and Natasha’s love interest, got emotional talking about how Natasha was “so giving” and “it made everything that much better.”

Elaine, who played Meredith Blake, remembered that Natasha would “literally swoon” talking about her husband, Liam Neeson, 68. Meredith said Natasha “truly seemed to have it all” and it made what happened to her that much more “heartbreaking.” Natasha died on March 18, 2009, after suffering an epidural hematoma following a skiing accident.

Lindsay credits The Parent Trap, her first-ever movie, for inspiring her to continue acting. Lindsay and Dennis even did a script reading of one of their favorite scenes when Nick drives Annie, who is pretending to Hallie, home after summer camp.

“Without this movie, without this, I wouldn’t haven’t gotten that acting bug,” she said. “How do not only want to act for the rest of your life after doing a film like this with such great actors? The Parent Trap, I mean, it’s beautiful. It’s timeless and it’s special. It’s just really special. I just feel really blessed and grateful to have been a part of it.”

Grade I-listed Georgian mansion goes up for sale for £8m