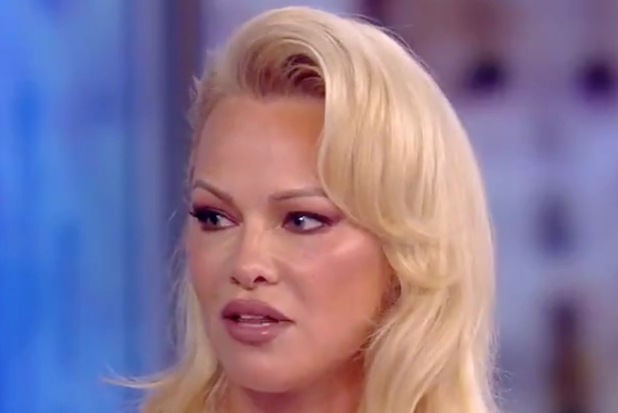 Pamela Anderson Defends WikiLeaks From Meghan McCain: 'How Many People Has the American Government Killed, Innocently?'

Pamela Anderson stopped by ABC’s “The View” Friday and defended WikiLeaks’ Julian Assange from Meghan McCain, who called him a “cyber-terrorist,” and Joy Behar, who questioned if he supports President Donald Trump.

Asked about Assange’s state as he serves out an 11-month prison sentence in London while awaiting possible extradition to the United States, Anderson said her friend’s health has deteriorated and he’s lost weight, but “he is the most resilient person” she’s ever met.

“It is devastating that people have fallen for this campaign, especially in America,” she said, calling it “frustrating” that Americans have “embraced all this propaganda.”

If he’s extradited, she said, “I don’t think he’ll make it.”

Anderson continued to extol the virtues of the WikiLeaks founder, fighting back when McCain called him “a cyber-terrorist.”

“You know who’s a national security risk is the military,” she said. “How many people have the American government killed, innocently, and how many have WikiLeaks?”

As the studio audience cheered her response, McCain probed, “So, you think the military is putting the government at risk?”

“War crimes need to be punished and they haven’t. The war crimes that he’s exposed, no one’s done anything about it, but they put him in jail to shut him up,” Anderson responded.

Assange was arrested in April in London after Ecuador president Lenin Moreno withdrew its offer of asylum in its embassy in the London capital. The U.S. Justice Department announced then that it was seeking extradition so the 47-year-old Australian national can face a federal charge of conspiracy to commit computer intrusion for agreeing to help break a password to a classified U.S. government computer.

Behar asked, “A lot of people say that … Assange interfered in the 2016 election by conspiring with Russia by releasing emails, hacked emails, which hurt Hillary Clinton. It’s almost like, ‘Is he responsible for giving us Trump?’”

Asked if Assange is a Trump supporter, Anderson said, “No. No. No. I was with him.”

Republicans were fans of WikiLeaks during the election, but now the U.S. is looking to charge members of the organization

Over the years, Republicans — particularly Donald Trump supporters — have done a 180 (or a full 360) in their remarks about WikiLeaks and its founder, Julian Assange. When he leaked on Hillary Clinton’s campaign in 2016, some Republicans said he was doing America a great service. But now the Trump administration is poised to attempt to convict Assange and WikiLeaks for their leaking activities. Here are five times Trump and his supporters have flipped on the matter.