The second season of P-Valley has been going from strength to strength each week and last Sunday’s penultimate episode was no different. In episode nine, Snow, the Starz drama finally revealed rapper Megan Thee Stallion’s much-touted arrival as Tina Snow, and fans were gobsmacked by The Pynk’s A-list booking.

Megan took to the stage with Lil Murda (played by J Alphonse Nicholson) for Sunday night’s re-re-re-opening of The Pynk.

Meanwhile, Andre Watkins (Parker Sawyers) re-angled his mayoral campaign after the truth about his father leaking gave his competition Patrice Woodbine (Harriett D Foy) a leg-up in the race.

However, it was Megan, and her new track for the show, which became the main event for the latest episode. 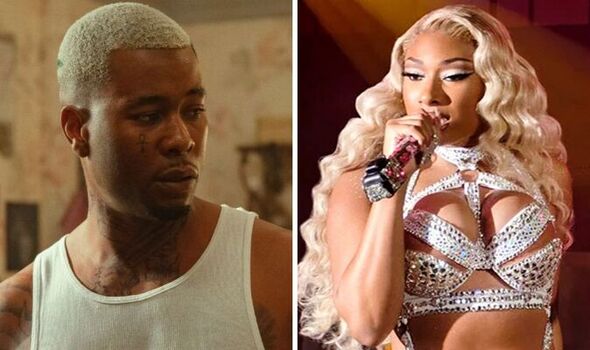 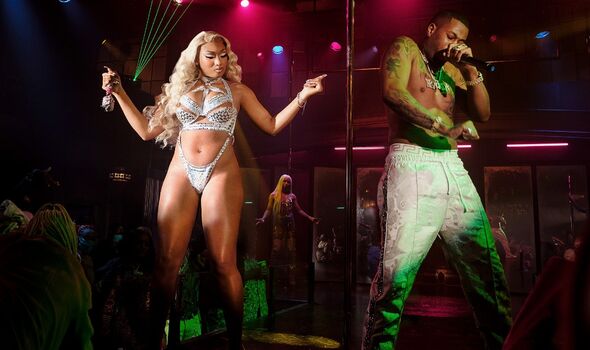 Several fans took to Twitter after tuning in to celebrate P-Valley landing one of the best TV cameos of 2022.

@RIPZAM13 wrote: “#PValley having @theestallion on there was such a great decision.”

@marcusmartn tweeted: “Megan Thee Stallion is perfect for this show.”

@shemjay93 said: “I’m so grateful that we got to see @MsJoseline and @theestallion on @PValleySTARZ this season. You’ve made a fan VERY happy!” 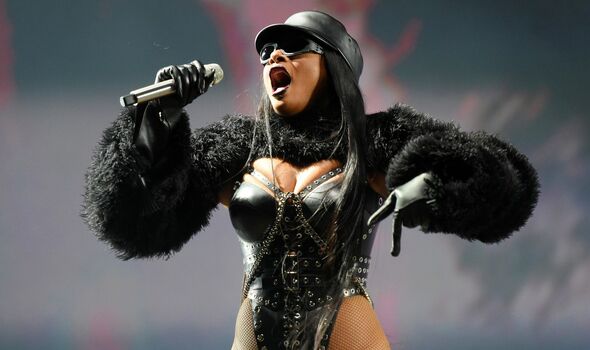 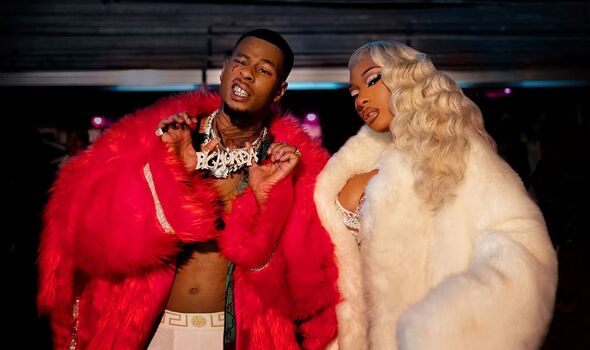 @THEECLASSICMAN said: “Megan Thee Stallion being in #PValley was longgggg overdue! She did the damn thing and looked fine as hell doing so!”

@Peytonmommie__ added: “This episode was everything #pvalley @theestallion I need this song she performed, it was super hot.” (sic)

Before the episode aired, Megan herself hyped her appearance on Instagram with a new clip from the episode.

DON’T MISS:
Outlander’s Sam Heughan ‘ruled out’ as next Bond [LATEST]
Eurovision ‘got to be’ held in Birmingham after Commonwealth success [OPINION]
BBC Breakfast host has head in hands over Mike Bushell blunder [VIDEO]

Tina’s showing turned an already chaotic episode into an all-out frenzy when her performance at The Pynk was confirmed as the first night of her tour on Murda’s Instagram.

This season has been low on dancing scenes due to the club’s closure during the COVID-19 lockdowns.

Thankfully, Tina’s performance more than made up for it and was supported by Pynk mainstays Mississippi (Shannon Thornton), Roulette (Gail Bean) and Whisper (Psalms Salazar).

Fans of Megan know Tina is not a character created for the show but is actually her musical alter-ego from her 2018 EP.

Tina certainly lived up to her reputation as a “badder” version of Megan after causing a huge jealous rift between Clifford and Murda by flirting with her co-performer.

With just one episode of season two to come, the future of The Pynk could rest on the results of Chucalissa’s fraught race to decide who the new mayor will be.

P-Valley season 2 concludes Sunday, August 14 on Starz in the USA and StarzPlay via Amazon Prime Video in the UK.