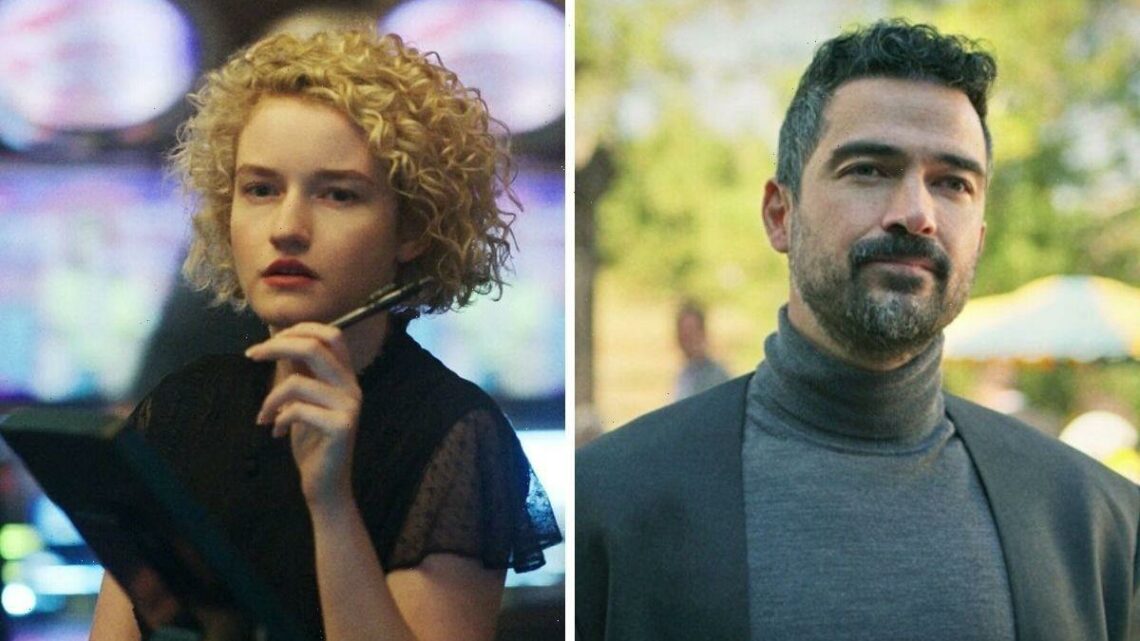 Ozark: The cast discuss saying goodbye to the Byrde's house

Netflix’s highly acclaimed crime series Ozark is returning to screens for the last time as part two of season four will be the final instalment of the series. After an explosive part one final, the teaser clip showed Ruth Langmore (played by Julia Garner) raging and preparing for revenge.

However, it looks as though her number one enemy could get away with the heartbreaking crime.

The first half of season four focused on the Bryde family trying to help ex-Cartel boss Omar Navarro (Omar Solis) secure a deal with the FBI, so they could leave their life of crime.

They were faced with a number of hurdles as Navarro wanted the freedom to fly between Mexico and America.

However, the FBI refused to cooperate with the offer as they wanted him to spend time in jail for the number of crimes he had committed.

This left the Byrdes caught in the middle as Navarro refused to free them from their laundering until the deal was done.

The instalment also introduced Navarro’s nephew Javi who was even more brutal, calculated and ready to take charge of the cartel as the next successor.

Upon his arrival, Javi was ready to eliminate any competition and get rid of anyone who stood in his way of being the biggest cartel.

As a result, he clashed with queen pin Darlene Snell (Lisa Emery), who had been growing heroin on the land for a long time and had been distributing them across as the Missouri Ozark’s

In the finale, after the back and forth Javi had enough and shot Darlene dead and also killed her husband Wyatt Langmore (Charlie Tahan), just minutes after they got married.

As Wyatt was Ruth’s cousin, she went to go visit them and this is when she found their dead bodies.

Not only was she distraught but she was overcome with raging anger as she verbally unleashed on Marty Byrde (Jason Bateman), thinking he was the murderer until she learned it was in fact Javi.

Although viewers are yet to see the highly anticipated confrontation, the trailer has shown Ruth driving with a rifle in the passenger seat.

Not only has Ruth killed before but she would undoubtedly seek revenge for her cousin as they had recently rekindled their friendship after a bitter feud.

Alfonso Herrera, who starred as Javi, spoke to TV Line about Ruth’s revenge and the epic face-off.

During the interview, he said: “Ruth is pissed at the moment, and Javi doesn’t know quite well of [the] danger [she poses].”

The publication noted how he spoke on the Exorcist and Sense8 vet before teasing that “a bigger dog” may complicate matters.

With his clue, it looks as though there’s a chance Javi could survive Ruth shooting at him.

Either way, fans will have to tune in to see the epic battle.

The actor went on to drop another major clue about the final seven episodes and revealed it is nothing compared to season one.
He stated: “[Season 4] Part 1 was nothing.

“Like, the places where Part 2 is going to take us is just unimaginable.

Alfonso added: “ I remember going through the scripts for Episode 7 [through 14], and it’s just mind-blowing.

“Fans are going to be happy and very excited.”

Free bets and best offers – Man City vs Real Madrid: Get £30 bonus when you bet £5 on football with Parimatch
World News