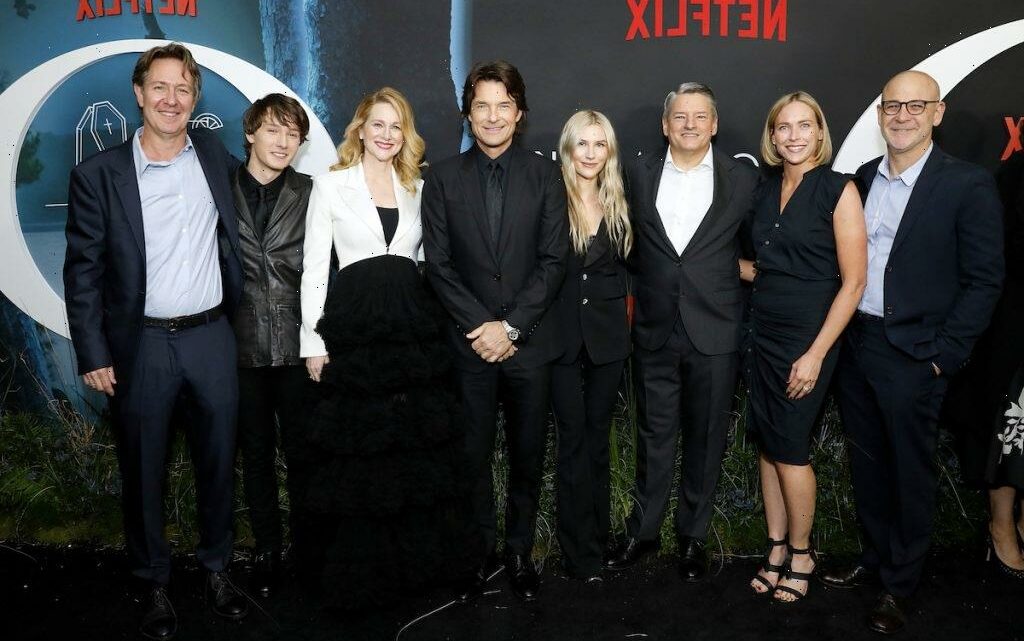 'Ozark' Creators 'Aggressively Pursued' This Actor Before Finishing the Script

The series finale of Ozark is still fresh on the minds of many fans. The crime drama changed the game for Netflix, proving that the streaming platform is not only capable of producing successful original content, but that there is still a hunger amongst viewers for serious dramas.

The first season of Ozark premiered in 2017. With such a star-studded cast, fans quickly gravitated to the series. Big stars like Laura Linney and Jason Bateman shined in leading roles. But there’s no shortage of power players in the cast, including longtime character actor Peter Mullan in a supporting role.

Ozark producers courted Mullan “aggressively” to appear on the series. They believed he was the only actor who could do justice to the character of Jacob Snell.

Ozark tells the story of Marty and Wendy Byrd. The seemingly normal couple moves from the Chicago suburbs to the Lake of the Ozarks in order to set up a money-laundering operation. Things quickly go sour for the Byrdes in Missouri. Marty, played by Jason Bateman, frequently runs afoul of local criminals.

Ozark features a lot of dark dramatic elements and criminal storylines — all intertwined with the story of a normal family that gets in over their head.

The show shares many parallels to TV shows such as Breaking Bad. Similar to the AMC series, Ozark has received critical acclaim, including 32 Emmy Award nominations over the course of its four seasons.

Peter Mullan was ‘aggressively pursued’ for a role in ‘Ozark’

Bateman’s Marty Byrde is the central character in Ozark. But the actor was supported by many talented character actors, including Peter Mullan as Jacob Snell, a Missouri-based heroin producer. As the top local crime boss, Snell and Byrde clash from the very beginning.

It took a special type of actor to bring the character of Jacob Snell to life. When it came time to cast the role, Ozark producers knew exactly which actor they wanted. According to The Herald Scotland, Mullan was “aggressively pursued” by those involved in casting for the show. Executive producer Chris Mundy reportedly wanted Mullan to play Snell even before the final script was written.

Even Bateman himself was determined to get Mullan on board after being incredibly impressed with Mullan’s work in the mystery drama series Top of the Lake. Mullan eventually accepted the role in Ozark, making the Netflix series the latest addition to his already-expansive resume.

Mundy admitted, “We had [Mullan] in mind from the very beginning, to play our main threat, locally, and went after him, in a really aggressive way. I was a little starstruck… Thankfully, he said yes.”

How long was Peter Mullan on ‘Ozark’?

Mullan made a big impact on Ozark throughout the first two seasons. The character of Jacob created a lot of trouble for Marty until the end of Season 2 when his wife poisoned him with cyanide. As Express reports, Ozark artfully portrayed Jacob’s death. This set the stage for his wife, Darlene, to take on a more prominent role and become a direct adversary to Wendy.

Ultimately, Mullan’s contributions to Ozark were huge as he established an incredibly compelling character right out of the gate. He helped position the show as a real power player.