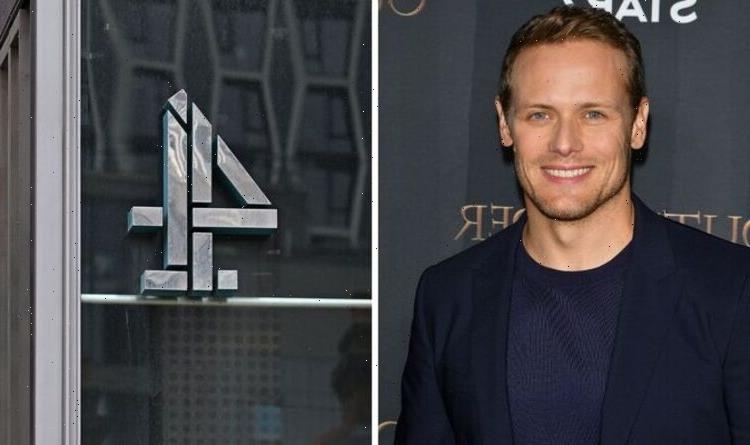 Sam Heughan who is well known for portraying the beloved highlander Jamie Fraser on Starz’s hit TV series Outlander. The actor recently took to social media to share his disappointment about the privatisation of Channel Four.

BBC News reported on Monday that the UK government had agreed to go ahead with plans to privatise the television network, Channel 4.

After being founded in 1982, the network remained a free-for-all public service which was funded by advertising.

According to the publication “a source said ministers believed public ownership was holding the broadcaster back ‘in the face of a rapidly changing media landscape.’”

As a result, many actors, viewers and officials shared their opinions about the government’s decision on social media, including Outlander star Sam Heughan, who plays Jamie Fraser.

Taking to Twitter, the 41-year-old actor quote tweeted and responded to the BBC article with: “So depressing.”

Heughan made his Channel 4 debut in 2010, when he starred as Lieutenant McStay for an episode in ‘Any Human Heart’.

He also recently landed a huge role in the star-studded crime thriller, ‘Suspect’ where he will star alongside the likes of James Nesbitt and Richard E. Grant.

The series is an adaptation of Christoffer Boe’s hit Danish series ‘Forhøret’ and is expected to land on Channel 4 in 2023, as filming will begin later this year.

Heughan’s reaction was echoed by a number of people including Channel 4, who called the action “disappointing,” as ministers had made their decision in spite of the “significant public interest concerns” over privatisation.

The network was first founded under Margaret Thatcher’s term as Prime Minister in 1982 with a promise to deliver programmes for an under-served audience.

In the 40 years since it began, the money Channel 4 makes has been reinvested into the national industry by commissioning and buying programmes from mostly British TV production companies.

Analysts believe after the privatisation, Channel 4 would face between 40%-50% of cuts to its current £660 million budget.

As a result, popular shows such as Gogglebox and It’s A Sin could face cancellation to fit into the model of a commercially focused broadcaster.

This could also see cuts to shows which may not bring in as much income from advertising.

After privatisation, the money made from Channel 4’s sale will be put into a “creative dividend” which will be shared with the TV industry, with a sum designated to independent production companies.

Culture Secretary Nadine Dorries said: “Channel 4 rightly holds a cherished place in British life and I want that to remain the case.

“I have come to the conclusion that government ownership is holding Channel 4 back from competing against streaming giants like Netflix and Amazon.

“A change of ownership will give Channel 4 the tools and freedom to flourish and thrive as a public service broadcaster long into the future.”

However, many have taken to social media to argue against this, including Labour MP Zarah Sultana who tweeted: “The Tories’ plan to privatise Channel 4 has nothing to do with it competing with Netflix.

“It has everything to do with neutering critical reporting and trashing public service broadcasting.

“It’s cultural vandalism and must be opposed.”

It was first announced in 2021 that the government was carrying out a consultation on privatising Channel 4, causing widespread concern.

This even came from the network bosses who warned viewers there was a “real risk” a number of TV shows could face cancellation.

Responding to the announcement privatisation was going ahead, a spokesperson for Channel 4 stated: “With over 60,000 submissions to the government’s public consultation, it is disappointing that today’s announcement has been made without formally recognising the significant public interest concerns which have been raised.”