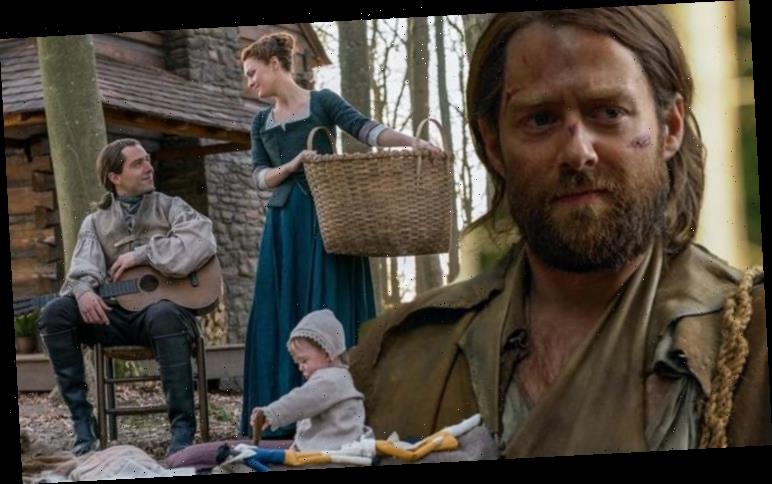 Outlander’s Roger MacKenzie star speaks on ‘heartbreaking’ Jemmy moment: ‘What good am I?’

Roger (played by Richard Rankin) was wrongfully hanged at the Battle of Alamance and despite being rescued by Claire Fraser (Caitriona Balfe), he lost his voice and was unable to sing to his son Jemmy. Outlander fans relived Roger’s experience through black and white silent film as they learned how he lost his voice. Reflecting on the moment, actor Richard said he was “extremely anxious” about filming his character’s struggle.

“What starts to spiral into his depression is that he starts to question himself with ‘Well, what good am I? What do I do if I don’t have my voice and I can’t sing?’”

Richard went on to explain: “That episode in particular I was extremely anxious about, because when I read the script, it’s such a powerful episode.

“Off the page, a lot of it tells itself really, as a lot of it is in the stage directions, the feelings, the emotions, what’s happening are all described in words, but no words are actually spoken.” 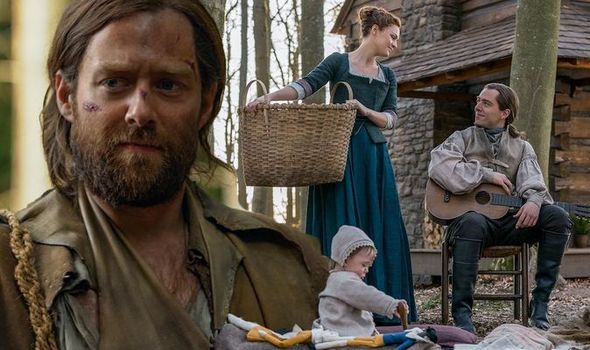 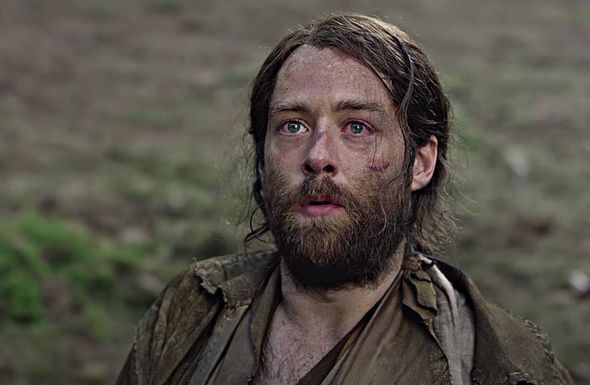 The actor added he worried about how he would be able to portray Roger’s struggle on screen and make it appear realistic.

“But I thought how the hell am I going to translate this on a screen without basically saying a word for most of it,” he told Gold Derby.

“I immediately appreciated the challenge of it…

“I had to be very, very specific about how I wanted to tell the story of his trauma, the PTSD and the depression.” 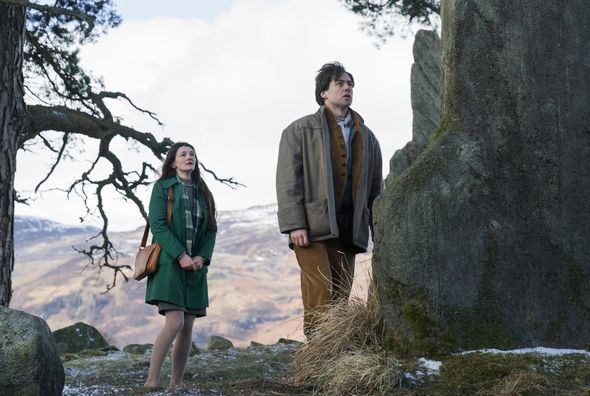 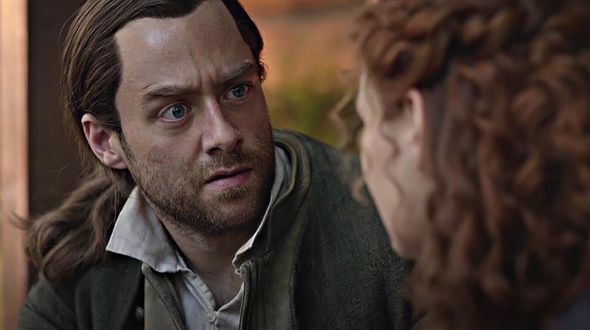 Richard also opened up on the moment Roger realised he wasn’t going back to the 20th Century as deep down, he believed his home to be Fraser’s Ridge.

Fans will remember Roger and Brianna (Sophie Skelton) promised to leave Fraser’s Ridge and travel back through the stones to the 20th Century when they learned Jemmy could time travel.

After saying their goodbyes, Young Ian (John Bell) took them to a stone in the forest which Roger found in season four which would allow them to time travel.

However, when they put their hands on the stones, the family of three didn’t go back to Scotland but ended up back at Fraser’s Ridge.

Commenting on the surprise return, Richard said: “It’s a beautiful moment, such a lovely moment.

“But he realises of course, it extends beyond that. It extends to the Ridge, it’s Jamie, it’s Claire, it’s our life here.

“It’s just that subconscious thing for him, the plan was always for him to come back help Brianna and Jemmy to the safety of their own time.”

Richard continued: “So I don’t really think he stopped to question or realise that underneath that, he’d really started to become attached to life on the Ridge and that time.

“His heart is definitely there and I think that is the time spent there with Jamie, Claire and everyone else and the experiences they all shared together.

“I think it was a really moment of real obvious for Roger when they realised the reason they had been spat back out was because that was home for them.”