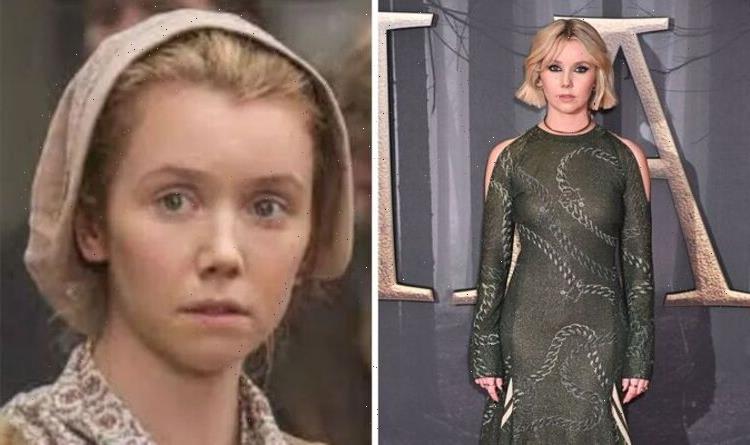 Lauren Lyle shot to fame as Marsali Fraser on Starz’s hit romantic series Outlander which took place in 1743. As the series has recently premiered its sixth season, the actress revealed she would be starring in an upcoming British horror flick.

Taking to her Instagram stories, Lyle shared a screenshot of a ScreenDaily article which announced her huge new role in Mercy Falls.

Lyle will be returning to the Scottish Highlands to play Rhona, who set off with some friends to find her late father’s long-lost cabin.

However, on their search, the group will be struck with tragedy as their plans will go awry.

Lyle isn’t the only Outlander alum to join the cast as Gilly Gilchrist who played Geordie will also star in Mercy Falls.

Since 2017, Lyle has been portraying a young mother Outlander after making her first appearance in season three.

Although her character was Jamie Fraser’s (Sam Heughan) step daughter and the wife of Fergus Fraser (Cesar Domboy) her storyline has only just begun to become the main focus of the show.

Throughout season five, Marsali had spent most of her time pregnant, however, it was her recent pregnancy which would cause a stir among the locals.

It also appears as though it will undoubtedly drive a wedge in her marriage as Fergus refuses to find joy in the fact their child was born with Dwarfism.

In the recent episode, Fergus shoved the baby in Claire Fraser’s (Caitriona Balfe) arms and stormed off.

Claire, who had helped Marsali give birth, assured him: “His condition has nothing to do with what’s happened.”

Despite this Fergus blames himself, however in those times other adults and children believed if a child was born with a condition it was the fault of the parents.

Marsali however was over the moon and didn’t care about the baby having Dwarfism.

A major wedge could be formed between the two as a promo video showed the baby in a basket floating in the river.

Although it’s yet to be seen who put their child there, the video did show Roger Mackenzie (Richard Rankin) diving into the waters to save the baby.

However many fans have shared their fears about Marsali’s fate as they anticipate she could meet her death soon.

Outlander is based on a series of novels written by Diana Gabaldon and fans who have read the book have shared that she will go on to have a fifth child.

The concerned viewers will be glad to know Marsali could live a long life, however, the TV show hasn’t always followed the books.

Fans will have to tune in to how her baby will end up in the river and if she will in fact live a long life.

Mercy Falls have yet to announce a release date, however, express.co.uk will be updated.

Outlander season 6 airs on Sundays on Starz and is available to watch on Starzplay in the UK.

‘Mum or Dad won’t be there’: Teens tell of hurt over mother’s stabbing death