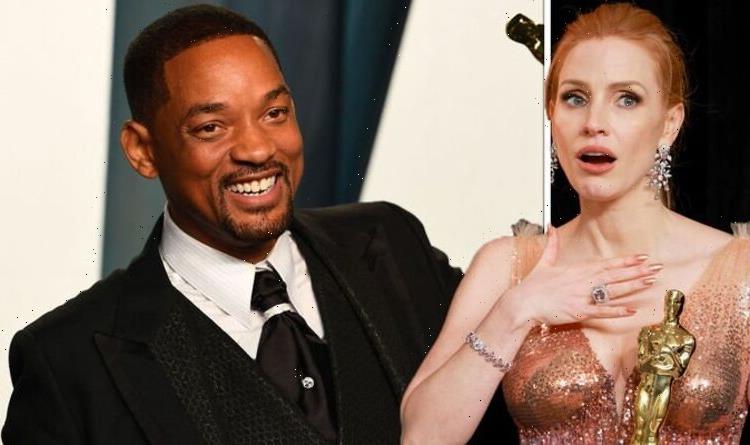 Oscars 2022: Forgotten In Memoriam star’s family hit out at the Academy – ‘Sad’

This year’s edition of the Oscars In Memoriam segment paid tribute to a number of stars who have sadly died in the past 12 months. Included in this list were a variety of Hollywood stars including Sidney Poitier, Olympia Dukakis, William Hurt, Stephen Sondheim, Halyna Hutchins, Ned Beatty, Peter Bogdanovich, Clarence Williams III, Betty White and many more.

However bestselling author Anne Rice, who died on December 11, 2021, was left out of the montage. Her son, Chris Rice, has since spoken out about the omission.

Anne was not only a novel writer, but she was also heavily involved in a number of Hollywood adaptations of her books over the years. For these movies – which starred the likes of Brad Pitt, Tom Cruise, Kirsten Dunst and Antonio Banderas – Anne wrote the screenplays.

Her son, Chris, hit out at the Academy Awards leaving his mother out of the segment. He wrote on her official Facebook page: “Since the Academy Awards didn’t see fit to recognize her contributions in their In Memoriam segment this evening, I’d like to take a moment to celebrate my mother’s accomplishments in film.” (sic)

Chris explained: “She wrote the screenplay for the big screen adaptation of her novel INTERVIEW WITH THE VAMPIRE, which remained the top grossing R-rated film for many years after its release and received multiple Oscar nominations and a Golden Globe nomination for Kirsten Dunst’s performance as the child vampire Claudia.

“Her novels THE QUEEN OF THE DAMNED and EXIT TO EDEN were also turned into major motion pictures. My mother was a great admirer of film and its power and often cited various moves, such as ‘Dracula’s Daughter’, as having been profound influences on her prose.” (sic)

Chris added that Anne spent “years” working with Hollywood studios to develop various projects, many of which were classic horror stories.

Chris added: “While our family is saddened by this omission, especially in light of the influence and power the film  INTERVIEW WITH THE VAMPIRE had on so many subsequent vampire projects that followed, Anne’s accomplishments are undeniable and will live on forever among her loved ones and loyal readers. Love, Christopher Rice.”

Anne sold more than 100 million books with her The Vampire Chronicles series and wrote more than 35 novels.

Anne died of complications from a stroke at the age of 80.

The iconic American writer is not the only person omitted from the Oscars 2022 In Memoriam tribute, however. The recently deceased actor and comedian Bob Saget was also left out.

Bob was found dead in a hotel room on January 9, 2022. Autopsy reports later confirmed he had suffered blunt force trauma from an accidental blow to the head. The American star had previously won an Academy Award in 1977 for his documentary Through Adam’s Eyes. And fans on Twitter were not too happy about the organisation missing Bob out.

One wrote: “Rioting because Bob Saget wasn’t in the In Memoriam portion of the #Oscars.”

I’m a waxer and please, NEVER trim your hair down there before an appointment