Home » TV & Movies » Only Fools, Skins and Gavin and Stacey – British remakes that flopped in the US 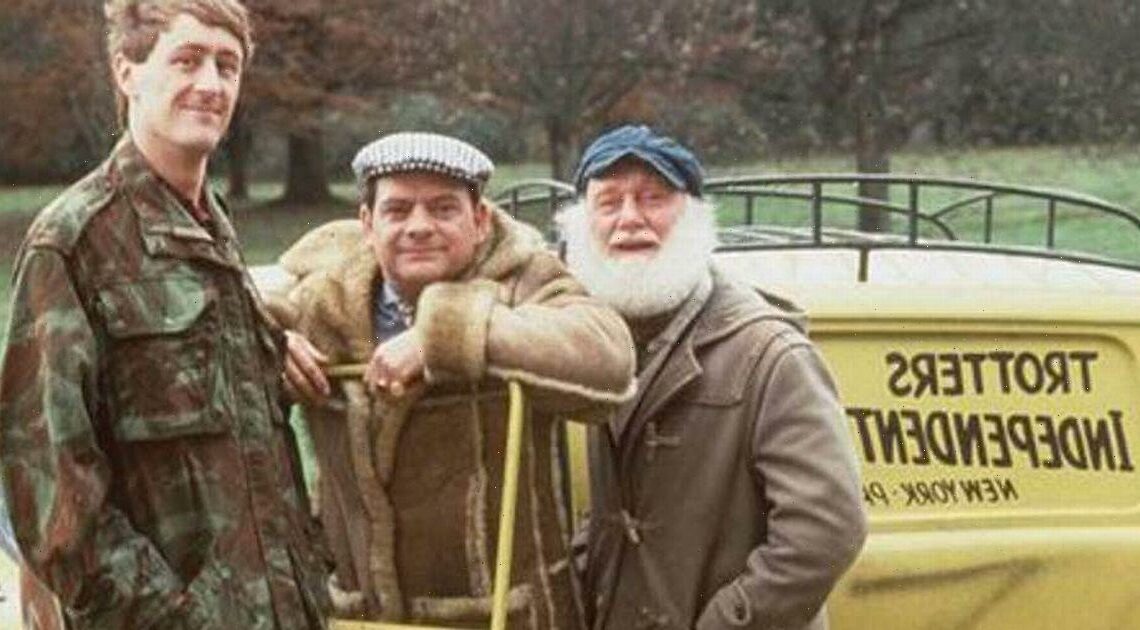 Only Fools, Skins and Gavin and Stacey – British remakes that flopped in the US

Beloved BBC comedy Only Fools And Horses is a British TV gem – but did you know that it was nearly remade in the US?

It is just one of a number of British shows that have failed to transfer to US TV screens in recent years, with some only lasting one season – and a few not even making it past the pilot episode.

While some TV remakes, including The Thick Of It's transition to VEEP, and BBC Ghosts have all become a huge hit stateside, others were less successful.

On the 41st anniversary of Only Fools and Horses (September 8), Daily Star takes a closer look at the British TV remakes that flopped in the US.

Only Fools And Horses

"One day Rodney, we'll be millionaires."

Del Boy, his iconic catchphrases and the antics of his friends and family have delighted viewers for more than four decades since first airing in 1981.

With the British TV series becoming a national treasure, and just as popular across the world, network ABC decided to remake the show in 2012 for US audiences.

The US version is reported to have had an all-star Hollywood cast too, with John Leguizamo playing Del Boy, Dustin Ybaarra playing Rodney and Back To The Future legend Christopher Lloyd as Grandad.

However, the remake – titled Kings of Van Nuys – didn't even make it to screen, with The Guardian reporting that while network ABC liked the first pilot, a series was not picked up.

It wasn't all "lovely jubbly" the second time around either, as although a second pilot was also well received by ABC, a full series failed to make it to air.

Speaking to the BBC in the same year, Sir David Jason revealed that he did not think Only Fools and Horses would work in the US, saying: "They can do brilliant comedy [in America] but I don't see that they can bring off Fools and Horses.

"I don't see that it will travel across the pond. It's so London and so British, [in] its humour, that you wonder. It's London based and it took quite a long time for the rest of the country to catch up with the phrases.

"I have no idea what the American equivalent of 'plonker' is, for example. Or 'dipstick'."

Skins was staple TV viewing in the noughties, so it is no surprise that networks were keen to remake the series for a US audience.

MTV produced the teen drama, which closely mirrored the stories of its British counterpart, drawing in a huge 1.2m viewers stateside.

Despite its apparent success, it encountered issues when going to air, including criticism about the show's depiction of drug use and sex lives of its characters.

Speaking about the criticism at the time, Skins creator Bryan Elsley who created both the UK and US versions, said in a statement: "The show is written from the perspective of teenagers, reflects their world view, and this has caused a degree of controversy both in the UK and the USA.

In the UK, viewers and commentators very quickly realised that although there are some sensational aspects to the show, Skins is actually a very serious attempt to get to the roots of young people’s lives.

He continued: "It deals with relationships, parents, death, illness, mental health issues, the consequences of drug use and sexual activity. It is just that these are characterised from the point of view of the many young people who write the show and has a very straightforward approach to their experiences; it tries to tell the truth.

"Sometimes that truth can be a little painful to adults and parents."

Despite its high ratings for the series finale, MTV decided to cancel Skins after just one season, saying in a statement: "Skins is a global television phenomenon that, unfortunately, didn’t connect with a US audience as much as we had hoped."

Another series picked up by MTV in America was none other than hit Channel 4 comedy The Inbetweeners.

The coming of age comedy spawned a number of series and two films in the UK, with the US version gaining critical acclaim across the Atlantic too.

However, the series suffered from low ratings and was cancelled after just one season, with MTV saying in a statement: "While we won’t be moving forward with another season of The Inbetweeners, we enjoyed working with the show’s creators and such a talented, funny cast."

The British version, which followed four friends on their awkward and hilarious encounters through life, is still loved by audiences today and featured a cast of TV icons including Simon Bird, James Buckley, Blake Harrison and Joe Thomas.

However, actor Joe Thomas revealed on Sunday Brunch that he thinks one of the reasons the US version failed to capture audiences was that the characters were not allowed to swear – and that there was no drinking.

While he said that the remake "retained its warmth," he explained: "They tried to make an American version of The Inbetweeners and it was very hard because they couldn't really swear very much because it was on network TV.

"And then you couldn't show them drinking and stuff and… that's kind of the whole show. Just do the credits then – the beginning credits and the end credits. Just film the outside of a school, and that's it."

What did occur was not one, but two attempts at remaking comedy classic Gavin and Stacey, after US audiences fell in love with the British version of the show.

Its popularity meant that a number of US networks were interested in producing the series, with ABC the first to make a pilot episode in conjunction with BBC Worldwide.

Unlike its British counterpart however, the series was not written by its UK stars James Corden and Ruth Jones.

The pilot later went to air in 2009, but sadly failed to impress and a potential series was canned.

Gavin And Stacey was later remade by Fox, under the name of Us & Them – but despite 13 episodes being made, the decision was made to cancel the series.

As such, the 13 episodes of US & Them have never made it to air, leaving us all to wonder what a US version of Gavin and Stacey would have been like.

Indie Wire reported that while speaking at EW's Popfest in 2016, James Corden revealed that the remakes may not have worked as "they [the networks] never understood what the show was about."

He added that although he and Ruth Jones were asked to write the US versions, the remakes did not feel right to them.

James continued: "How can we write a show about two American families when we’re from England and Wales? We were like, ‘good luck.’ But it’s not a surprise they were never able to make a go of it."

It had everything – drama, scandal, sport and plenty of raunchy moments.

Yes it could only be Footballers Wives.

The popular ITV series, which launched the careers of stars including Gary Lucy, and featured a whole host of cameos from stars including Joan Collins and Katie Price, was adored by viewers during its original run.

In 2007, ABC attempted to bring Footballers Wives to US audiences – with the football stars becoming American football players.

The pilot was written by Marco Pennette, the executive producer behind hit comedy Ugly Betty, with Marco telling Metro at the time that the series would be "Dynasty meets Sex And The City."

It also had an all-star cast including Charlies Angels actress Lucy Lawless and Dawsons Creek legend James Van Der Beek, but sadly, the series was pulled before it even got to air.

Jack Whitehall has become a huge hit across the world in films including Jungle Cruise and Clifford The Big Red Dog, but his BBC comedy series Bad Education did not fair as well in the states.

The comedy, which followed Jack's teacher Alfie Wickers and the antics of his pupils, was re-made for US audiences – with Jack Whitehall's character placed in a school in Chicago.

Jack also starred in the 2014 pilot produced by ABC, tweeting at the time: "Will do everything to not make it s**t (we may fail in which case #awkward)."

However, the pilot failed to lead to a series in the US.

Despite this, Bad Education continued to be a phenomenon in the UK, leading to a hit film and further seasons of the comedy.

Idris Elba: Playing James Bond “Is Not A Goal For My Career”