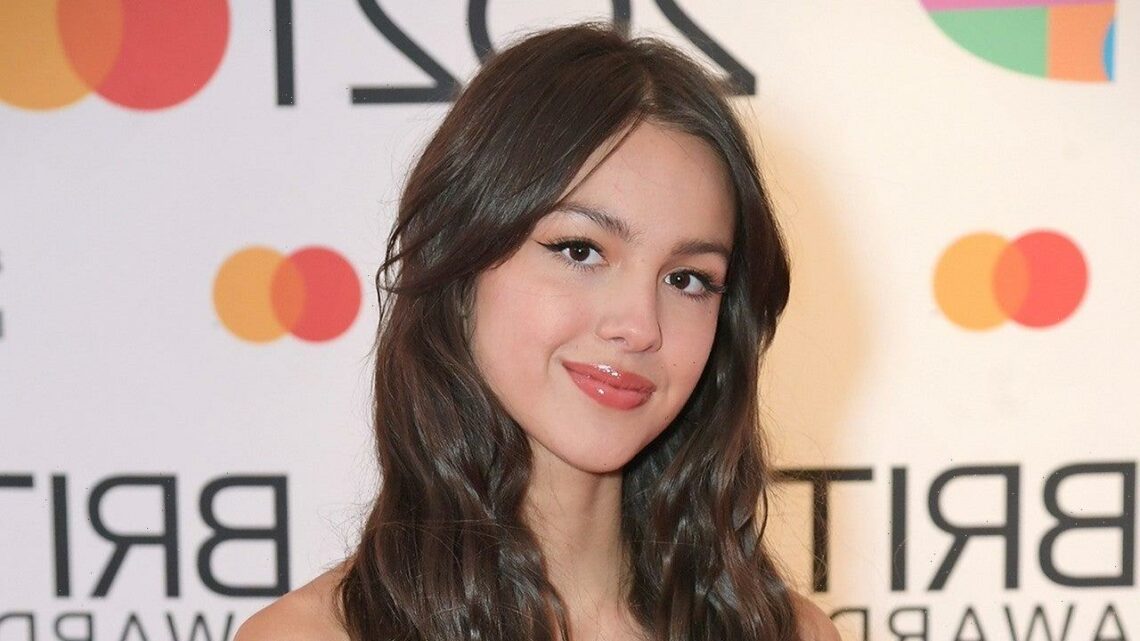 Olivia Rodrigo is having the best year.

The 18-year-old star of Disney+’s High School Musical: The Musical: The Series captivated the world’s attention following the release of her No. 1 smash hit, “Drivers License” (easily 2021’s biggest hit so far), and subsequent singles, “Deja Vu” and “Good 4 U.” But Rodrigo, who makes her Saturday Night Live debut this weekend and recently met her music idol, Taylor Swift, at the BRIT Awards, is enjoying every milestone achieved the only way she knows how — one day at a time.

“This is going to be a really momentous month — and couple of months — for me,” Rodrigo told ET over Zoom while promoting season 2 of HSMTMTS. “This season of High School Musical comes out and also my first album comes out, which I’m super, super excited about. There’s lots of things going on. I’m just jittering and so ecstatic.”

To capture the whirlwind past several months for Rodrigo, she reflects on what she’s already achieved, what’s still to come and of course, what the new season of HSMTMTS — which will bring about major changes for her character, Nini — has in store for fans.

ET: You’ve reached so many music milestones in just a matter of months, such as staying atop the Billboard Hot 100 for two months, which is an impressive feat in itself. What is your proudest milestone that you’ve reached in your career up to this point?

Olivia Rodrigo: Wow. I mean, I’m a big songwriter. I love writing songs. I consider myself a songwriter before anything because that’s the thing that I take the most seriously in my life, I suppose. I’m really proud of the fact that the songs that I have written have resonated with people and hopefully helped them feel seen in difficult moments. That’s probably what I’m most proud of.

We’re here to talk about the new season of High School Musical: The Musical: The Series. It’s been such a long wait for season 2. What is your excitement level knowing that the season is here?

It’s just fun and funny. And we have so many awesome new cast members that totally add to the show, and the show’s energy. I’m excited to do Beauty and the Beast this year. It’s one of my favorite musicals; it’s actually the first musical that I was ever in, in real life as a child. I played a coat hanger and a sheep in Beauty and the Beast when I was, like, three years old. So, kind of full circle to be able to do that musical in season 2 of High School Musical: The Musical: The Series.

No, I know. It was adorable. And my poor mother, I dragged her onstage with me when I was younger. She was the mom supervisor, so she washed all the little 5-year-old kids’ sheep [costumes]. It was pretty adorable, a fun time. I saw the pictures! 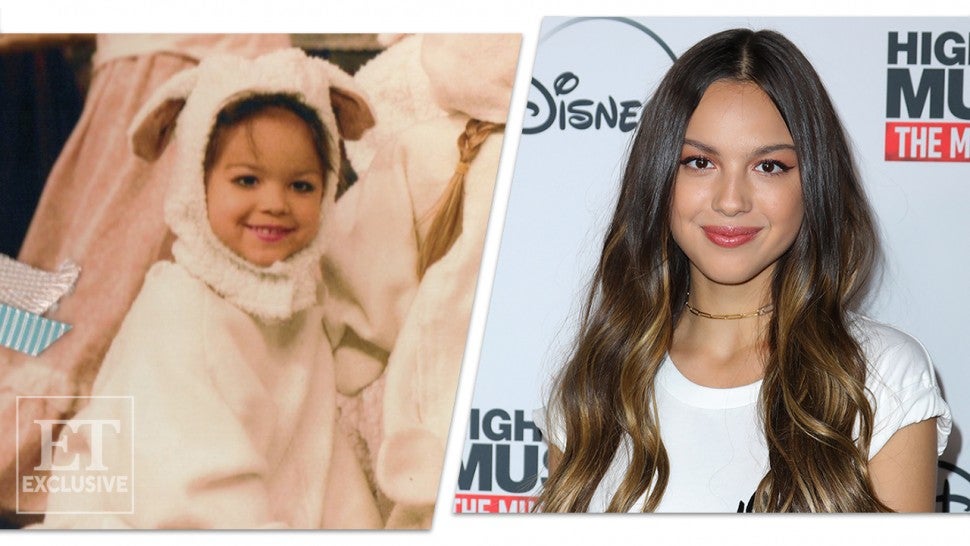 In season 2, Nini is on her own journey of growth and finding her own place. What excited you about where Nini goes this season?

It was really inspiring for me to watch my character pursue her dreams really courageously. That’s what she’s doing throughout the entire season of High School Musical. Season 1, she was really finding her voice and finding her footing. And I think in season 2, she’s finding out what really makes her happy, which is such an important part of your identity as well. It was really cool to portray that journey.

Early on, Nini decides to uproot her life and move to Denver to attend the prestigious conservatory. What challenges face her as she starts that new chapter without her East High friends?

Even for me too it was weird. I had a bunch of scenes where I wasn’t with any of my other cast members, or at least the ones that I was used to being with. It was a weird adjustment for me as well. But I think that goes along with the theme of she’s really finding herself, and finding her passions, and finding the people that she feels the most comfortable with. That’s a really relatable theme, too. That’s something that we all really are doing, and especially me as a teenager. I’m figuring out those things, alongside with Nini.

Is it a struggle for Nini to find her place there?

Definitely. It’s strange for anyone, even if you’re not a character in a TV show, to become totally uprooted and be around new people who have different values and who you’re not comfortable with. I think that’s super strange for anyone and it’s definitely an adjustment for Nini. She had to sort of weigh the pros and cons of each situation and I’m not going to give any spoilers, but she’s definitely figuring her stuff out.

Nini leaving East High isn’t great timing because of her new relationship with Ricky. How do they fare with the long-distance thing?

Are Ricky and Nini in this for the long haul?

You’re just going to have to watch. You’ll get an answer if you watch the entire season. That’s all I can say. 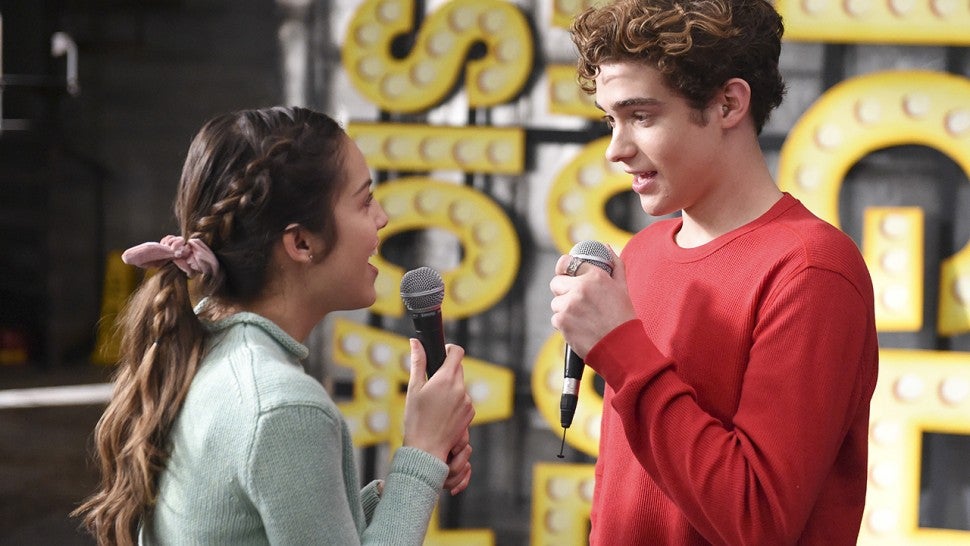 One of my favorite musical performances early in season 2 is the Valentine’s Day mashup duet that you perform with Joshua Bassett called “Even When/The Best Part.” How did that particular performance come together?

It was so much fun. It’s a really beautifully written song, just the technicalities of all the harmonies and how they mash together at the end, it sounds awesome. Like, it doesn’t sound like it clashes at all. I was really marveling at the songwriting of it all. So it was a real blast to be able to sing it.

You’ve teased that you wrote a very special song for an upcoming episode. Can you share anything about it?

I’m so excited for it. I don’t know how much of it I can share. I’m a songwriter and one of the issues that I’ve always faced in my songwriting was sometimes my songwriting was a little too literal and a little too specific, just like, “This is my life.” I really had to work on using figurative language in my songs because lots of my favorite songwriters do that. And so I’m really proud of the fact that this song is almost entirely a metaphor, so I’m super stoked about that. I feel very proud of it and I really hope people like it. It’s soon. I’m not sure what episode it’s in, but it’s coming soon.

You also have your debut album, Sour, dropping May 21. Was it a therapeutic process putting this album together?

Definitely. I think songwriting is one of the main ways that I process all of my emotions and Sour is definitely a slice of my 17-year-old heart. I wrote about everything I was feeling and going through and all the insecurities I was having, and all the feelings of sadness and anger and all of these things that I don’t often talk about in my daily life. But it’s so fun that I get to express that in my songwriting. It definitely was therapeutic.

Is it easier for you to write sad, melancholic songs than ones about new love? Are those the songs you gravitate toward?

I mean, I love writing a sad breakup ballad. I literally wrote breakup songs when I was 12 years old and I didn’t even have a crush on anyone. Like, I’m obsessed with them! But I’m really proud of the diversity in Sour. There’s a bunch of different genres of music that are compacted into the 11 songs that make up the album. And yeah, I talk about a bunch of different topics other than boys, and I talk about boys as well, but I’m really proud of the versatility that it showcases.

Many of your fellow peers in the music industry and those you’ve looked up to — I know Taylor Swift is a major one for you — have praised your music. Not that you need a stamp of approval, but whose stamp of approval I suppose, has been a true pinch-me moment for you?

It’s just been so, so cool to watch these people that I’ve idolized for years sort of become my peers. That’s the most incredible thing. I’ve just been really touched by the way that so many more established artists have really welcomed me into the music industry and gone out of their way to welcome me. I think it’s just really a testament of how kind they are. It takes a really awesome person to see somebody coming up and feel the need to make them feel seen and heard. So yeah, that’s been one of my favorite parts of this whole process and I can’t wait to meet people in real life soon when everything’s safe again.

If there is a High School Musical song that encapsulates who Nini is, what would it be and why?

“Gotta Go My Own Way,” I feel like is very indicative of some of the things that Nini is going through in this season. Whether it be in her relationships with other people or she’s leaving to the conservatory.

Lastly, what do you want fans to know about season 2?

If you liked season 1, all of the drama and humor and music that people fell in love with is only heightened in season 2. We’re adding a bunch of awesome new characters that totally add to the show. You kind of get to see a more in-depth look at some of the characters that we didn’t have time to look at in season 1. I’m super excited about that, and I’m also really excited about the music. The songs are really incredible in season 2.

‘The Wonder Years’, ‘Queens’, ‘Maggie’ & ‘Abbott Elementary’ Picked Up To Series At ABC

'Halston' on Netflix: Did A Woman Really Die in the Studio 54 Vents?
World News