Home » TV & Movies » 'Now and Then': Rosie O'Donnell Portrayed Roberta Martin As a Lesbian Even Though Production 'Removed a Lot of the Gay Stuff' 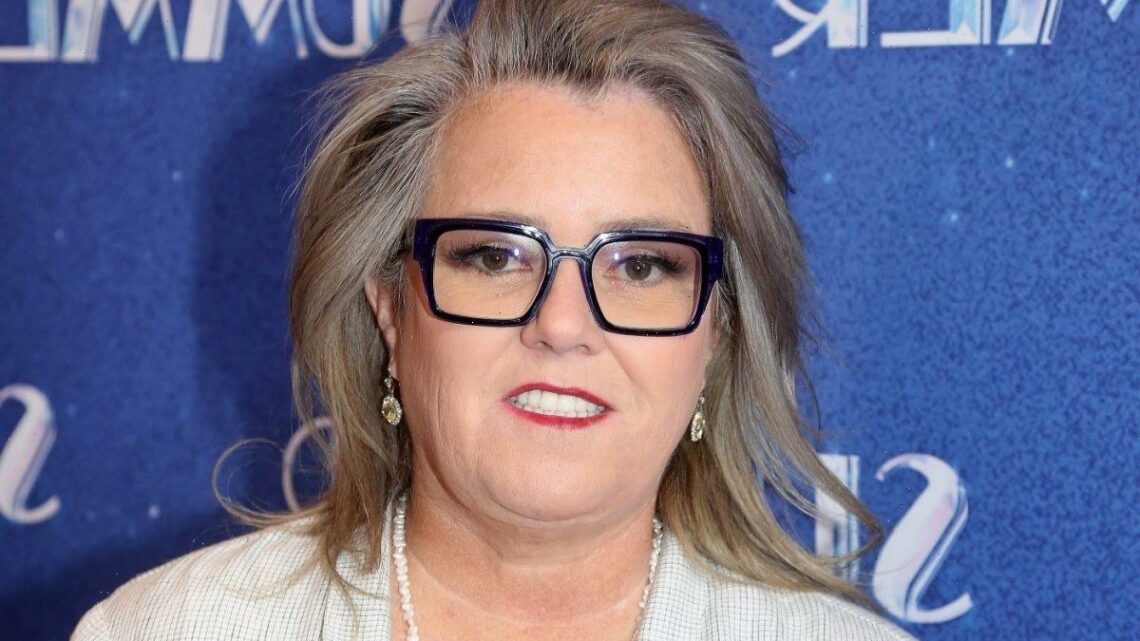 'Now and Then': Rosie O'Donnell Portrayed Roberta Martin As a Lesbian Even Though Production 'Removed a Lot of the Gay Stuff'

One area where Hollywood representation has definitely been transformed is in the portrayal of LGBT+ characters. It wasn’t that long ago that getting to play a gay character was a rarity, but now that such portrayals are gaining mainstream acceptance, there are many more depth-filled and meaningful on-screen representations.

Rosie O’Donnell, who has been openly out as a lesbian since 2002, is reflecting back on prior roles and how she often tried to bring nuance to the projects she worked on by portraying her characters as gay — even if most of it didn’t make it past the editing room.

Rosie O’Donnell has been a mainstay in entertainment

O’Donnell made her debut in entertainment back in the late 1980s with a recurring role on Gimme a Break! Her popularity soared in the 1990s with her portrayal of Doris Murphy in A League of Their Own (1992). She followed it up with The Flintstones (1994) and Now & Then (1995).

In 1996, the comedian appeared as the star of her own daytime television series, The Rosie O’Donnell Show. There she cracked jokes and made pop culture commentary, managing to earn the undying ire of Brad Pitt in the process. The show ran until 2002.

As Entertainment Tonight reports, O’Donnell was making a 2002 appearance at Caroline’s Comedy Club in New York. It was only months after the 9/11 attacks in the city, and O’Donnell recalls feeling like it was important to make sure her identity as a gay person was known in the wake of such a tragic incident: “I went to a comedy club and I was doing stand-up and I’m like, ‘I’m gay. Listen, 9/11 happened, I’m gay. I’m telling you all, I’m gay. In case the buildings blow up again, I’m so, so gay,’ you know?”

In more recent years, O’Donnell has grabbed headlines for her very public feud with Donald Trump.

Long before she publicly announced her sexuality, however, O’Donnell was subtly portraying it in the characters she played. As the actor told Danny Pellegrino when she went on his podcast Everything Iconic, she had made an intentional effort to bring forward that identity in A League of Their Own.

O’Donnell believes that her character, Doris, was gay. She tells Pellegrino about a particular speech Doris gives where she says she never felt like “a real girl” or “not even a girl.” Being part of the baseball team, however, made her feel otherwise. She recalls Penny Marshall — the director for the film — telling her to do it again because “it’s not a gay thing.” O’Donnell pushed back, insisting that Doris’ feeling of fitting in amongst a group of tom boys was a subtle nod to her sexuality and recognition of it, but Marshall rejected it.

“I played it the way I played it,” O’Donnell said. Though her character was not explicitly shown to be gay in the film, O’Donnell still believes that was a part of her identity.

In Now and Then, O’Donnell once again attempted to bring her character’s sexuality front and center. Pellegrino remarks that the original script had Roberta described as a gay woman. O’Donnell responded, “Yes. Not only was she; that’s how I played the whole part.” Despite her adherence to the character as written, “they removed a lot of the gay stuff” before the final cut made it to the big screen.

O’Donnell reflected on how much things have changed, “But that was a long time ago when, you know, gay stuff wasn’t really as prominently featured as it is now in our life. To think where my life has gone or what happened in the trajectory of gay rights and civil rights for gay people, it’s been really a big journey that we’ve taken as a culture. There’s still a ways to go but, boy, we’ve come a long way.”

Pellegrino insists that Roberta’s identity came through to many viewers and that she was an affirming character at a time when representation was sorely needed: “I hope one day they get to remake Now and Then or do some sort of reboot of it. Because I think a lot of people in my generation, we read between the lines and we saw Roberta as the lesbian she was.”

Brits would prefer to talk politics than money, according to study