Piers Morgan might’ve left Good Morning Britain, but his Life Stories show is still in production and he sat down with Labour leader Sir Keir Starmer last week for a three-hour chat talking all things life and politics. Ahead of the episode airing on ITV, reports have suggested Piers asked Keir about his life at university, whether he took drugs and how many sexual partners he had before meeting his wife, Victoria. Something which Nick Ferrari thought was inappropriate to discuss when he joined Phillip Schofield and Holly Willoughby on This Morning’s View. 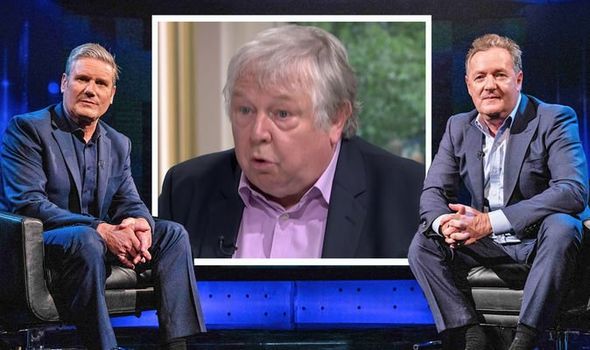 “What if he had asked those question to a woman?” Phillip wondered.

The television host asked the politician: “Have you ever dabbled in anything stronger than alcohol? You did not spend all your time at Leeds University in the library, did you? So, a cheeky spliff here and there?”

“We worked hard and played hard,” Kier commented and when pressed for detail, he added: “Drugs weren’t my thing.”

Piers then insisted it should be a “yes or no” response: “Given your clear reluctance to give me a straight, simple answer, am I right in assuming from your response that you have tried drugs but that you didn’t actually like them and didn’t want to take any more?

“I’m not saying it was your thing, but you did try it. I mean, you’re reluctant to just say yes. You haven’t said no.”

“I haven’t said no,” Keir confirmed.

How many sexual partners Keir had before meeting his wife, Victoria was asked and Keir joked he did not want to “do a Nick Clegg” – the ex-Liberal Democrat leader told Piers back in 2008 he had slept with as many as 30 women.

The Best Makeup Looks To Wear With A Blue Outfit