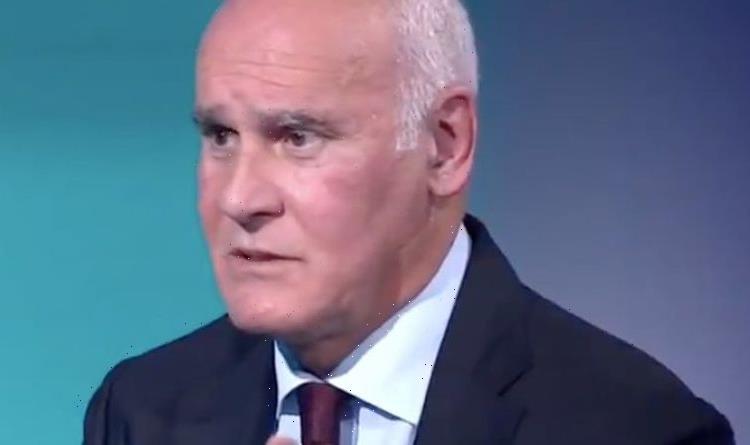 EU top diplomat João Vale de Almeida has stressed that renegotiations with the UK are not possible, saying that the European Union is “not renegotiating the protocol”. It came after Brexit Minister Lord Frost proposed plans to replace the existing Northern Ireland protocol on Tuesday. The clause, which was included in the Brexit trade deal in December, has been under scrutiny for months over the impact it has had on businesses in the UK nation.

BBC Newsnight host Emily Maitlis said: “It’s really interesting hearing you say it is unprecedented because we had someone say, in the middle of the summer, ‘no negotiation would be possible’.

“What’s to say in another two months the whole thing won’t be ditched?

“I mean, the lesson you learn is, keep going, it’s not written in stone.”

The EU ambassador to the UK said: “Two comments Emily if I may, Firstly, these are not concessions.

“These are proposals that we make out of our own initiative. Why should they be concessions?

“We want the protocol to work.”

He continued: “No, no renegotiation. That’s what we said.

“We are adapting the protocol, and we are ready to enter tomorrow, the day after next week in talks with our British colleagues in France to try to address these issues.

“We are focused on solutions. We want to Northern Ireland several times. I went there myself twice in spite of COVID, the Vice President was there with me and other colleagues.”

‘We took notes, what we present today is a direct response to the problems that affect citizens and business.

“We will not be distracted from our goal.”

On Wednesday, the EU published amendments to the plans, cutting the number of spot checks by 80 percent and also halving the amount of customs paperwork.