Home » TV & Movies » 'Nomadland' Trailer: Frances McDormand Will 'See You Down the Road' 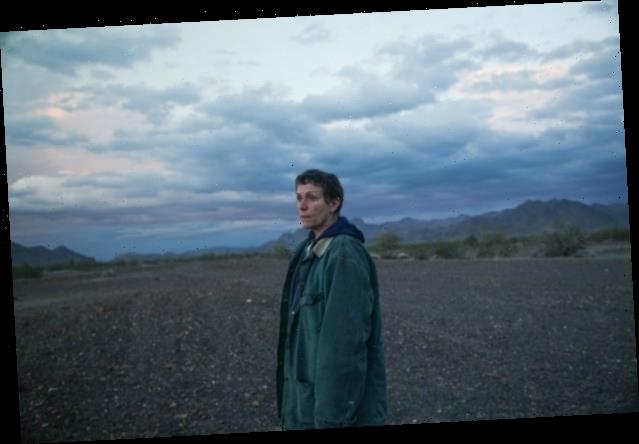 'Nomadland' Trailer: Frances McDormand Will 'See You Down the Road'

Chloé Zhao’s film opens in theaters and on Hulu on Feb. 19

What is likely the final trailer for “Nomadland” gives a more hopeful, wistful look at Chloé Zhao’s sobering Americana story about how Frances McDormand loses everything in the Great Recession and sets out on the road.

What’s notable and heartbreaking about the film is that many of its characters come and go as McDormand makes her way throughout the country wherever there’s a job or a place to park her van. And for most of those characters, nearly all of them played by non-professional actors, it’s the only glimpse we see of them before they’re gone. But as this new trailer shows, it’s not really goodbye.

“One of the things I love most about this life is, there’s no final goodbye,” a man says to McDormand in the trailer. “We just say, I’ll see you down the road.”

“Nomadland” has been the toast of the awards season thus far, winning the Gotham Award and becoming the most critically acclaimed film of 2020, and it most recently picked up four Golden Globe nominations and a Screen Actors Guild nomination for Best Actress Frances McDormand.

Zhaó too has seen her star rise enormously, even though we didn’t get her next film, Marvel’s “Eternals,” in 2020 as was originally planned (it will open this fall). She also recently signed on to do a new take on “Dracula” at Universal, but she intends to film it as a futuristic, sci-fi Western, so color us intrigued.

“Nomadland” though  also stars David Strathairn and Linda May alongside McDormand, and mass audiences will finally get the chance to see it themselves ahead of its Oscars push. The film will open in theaters from Searchlight Pictures and on Hulu on February 19.

Check out the new trailer here and above.

Why You Recognize Margot From To All The Boys: Always And Forever